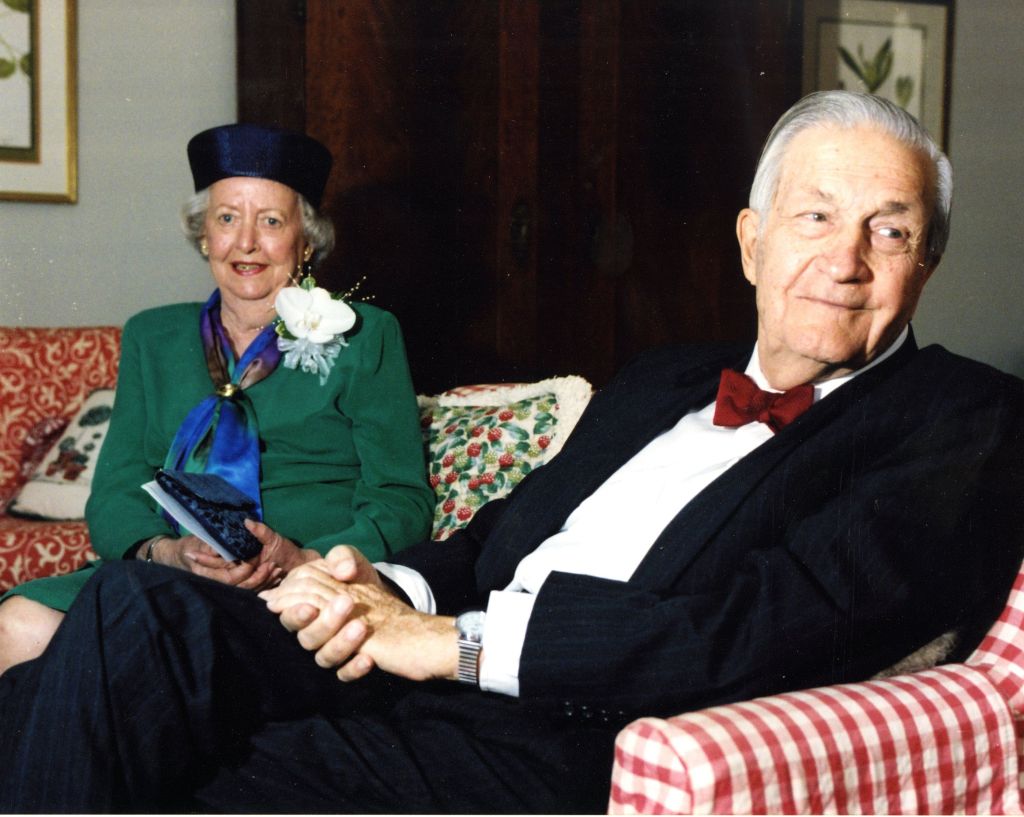 SALISBURY — It started with a blind date during wartime. Six weeks later Dot and Charlie were married.
And as Humphrey Bogart told Claude Rains at the end of “Casablanca,” it was the start of a beautiful friendship.
Today marks the 70th wedding anniversary of Dot and Charlie Peacock. Dot says her secret to such a long marriage is patience.
If you know Charlie Peacock, you understand what Dot is saying. She might be the patron saint of Patience.
“She’s the wind beneath his wings,” daughter Beth Peacock confirms.
As outgoing and friendly as Charlie has always been, Dot has been the shy, quiet counter-balance. It has been a good formula.
On Valentine Day’s eve, it’s always nice to pause and consider love that lasts. I also ask you to indulge me a bit. Through the years, I have come to look on Charlie Peacock as a friend. He sometimes invites me to lunch or visits me in the newsroom, mainly because he has good story ideas for me to consider.
Charlie is an avid reader of history, and I’ve always admired how enthusiastic he embraces subjects he is interested in, from politics to the railroad.
Peacock grew up in Salisbury. His family house stood on East Innes Street where Goodyear Tire is today.
During World War II, Peacock was serving in the shipyards in Norfolk, when a buddy from Kannapolis introduced him to his sister, Dot.
Maybe it was the uncertainty of the war days. Maybe it was love at first or second sight. But Dot and Charlie thought a six-week courtship was plenty long enough.
They would be married nine years before having children — daughters Beth and Lynn. Maybe all that time together without kids also was important: They had many years to learn all they could about each other.
After the war, Charlie set out on a long career connected to the railroad. He started as a brakeman, then a conductor, then took an important job with the Brotherhood of Railroad Trainmen, which led to his becoming a federal mediator in labor disputes.
Again, if you know Charlie Peacock, this was a perfect job for him. A Southern gentleman, he can talk civilly to anyone.
Though his office was based in Washington, Peacock could live most anywhere, because he usually had to fly off to where his mediating skills were needed.
Beth says Peacock often was forced into being a weekend father because of his railroad-connected work. But he always made the best of it.
“I just think he had a commitment to family,” she says.
Given their nature, the Peacocks couldn’t help but forge lasting friendships with their Salisbury neighbors — the families of Max West and Harvey Stratton, for example.
Their getaway cabin at High Rock Lake also was a focal point for large family and friend gatherings from April to October. “We always had people down there,” Beth says.
When she thinks back to her childhood, it was full of cousins, boating, ping-pong, swimming and her dad teaching everyone how to water-ski.
At home, Dot often served as hostess for the people Charlie would invite in. Both Charlie and Dot loved to dance, whenever music was playing, and Beth can still see Charlie dramatically dipping Dot as they danced in the living room.
The couple also visited Jim Shoaf’s Barn Dance frequently because Charlie and Jim were close railroading friends.
Many people might remember Dot from her days as an administrative assistant for all the coaches at Catawba College.
Whatever Charlie and Dot figured out about marriage, it stuck. Patience surely factored in.
Beth, Lynn, other family members and friends surprised the couple with a 50th anniversary party at the Salisbury depot 20 years ago. You might have been there.
Charlie retired when he was 62, because Dot was battling breast cancer at the time. Dot actually has beaten cancer twice and a stroke more recently.
“Your mother is a survivor,” Charlie told Beth once.
Charlie, 93, also should be counted as a survivor. He has battled back from a stroke in 2009, and just underwent successful surgery Tuesday for a bowel obstruction.
Meanwhile, Dot is taking it easy, dealing with a compression fracture in her back.
It means Charlie, recuperating in the hospital, and Dot, recovering at home, will be apart for their 70th wedding anniversary today.
Beth has traveled in from Chattanooga to run between the two. As Beth left to visit her father in the hospital Wednesday morning, Dot told her to give Charlie a message.
“Tell him I love him,” she said.