Children head out to play on a snow day 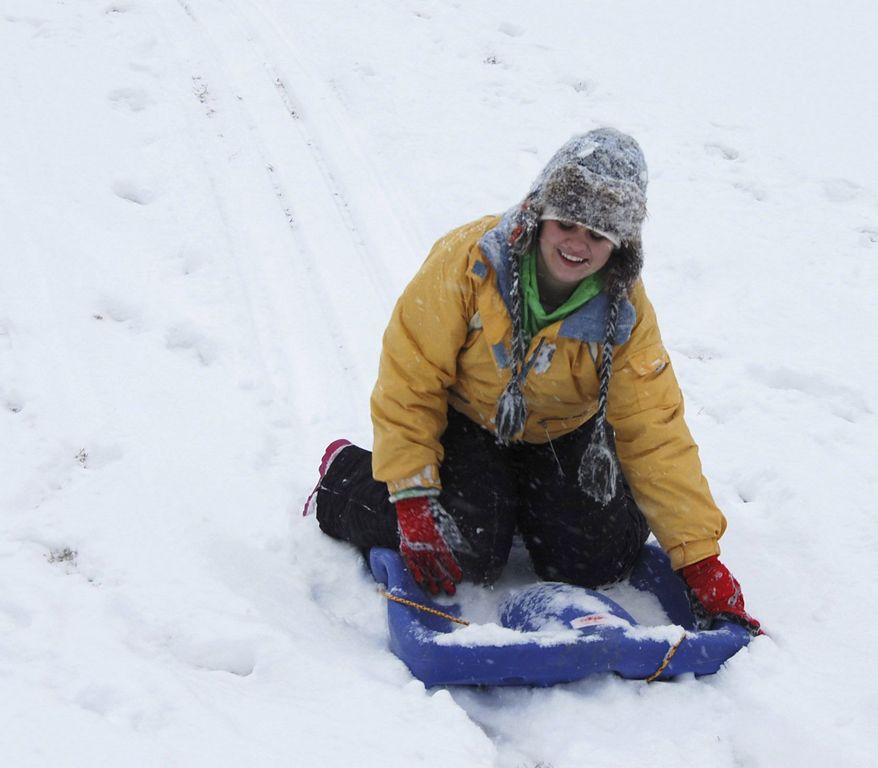 As the snow began to fall Wednesday, children across Rowan County headed outside to make the most of the winter weather.

Brooke Herlocker and Megan Hedgepeth, juniors at Gray Stone Day School, said they walked 5 miles to get to Salisbury Country Club to sled.

Since it started snowing later in the day, the girls weren’t sure how much the area would get, but were hopeful since they didn’t have school, Megan said.

The girls enjoyed sledding down the country club’s hills. Brooke even tried to bury Megan in the snow.

“We’re glad we got off (of school),” Megan said, adding that she thought they would be out for the rest of the week.

The girls said they were looking forward to eating, taking a shower and sleeping after their long trek home.

Nhi and Kent Le wanted to sled, but had to get creative since they don’t own sleds of their own. So, the second-grader and preschooler set out with their dad on the quest for the perfect sledding hill armed with their boogie boards, usually reserved for hot summer days at the beach.

The pair made the most of their quest, chasing each other with snowballs and squealing with delight as they walked through their neighborhood.

Nhi, a second-grader at Isenberg, said the snow is fun and was glad she didn’t have to go to school Wednesday.

Carlos Pachecl, a second-grader at Isenberg Elementary, said he was excited about his day off, despite the fact that his teacher gave them homework.

He joined his sisters, Briseyda and Yesenia, and friend Mya Langford for a snowball fight. The group gleefully chased each other around the yard with handfuls of snow, shrieking with delight — and maybe from the cold — and making snow angels. Even their dog, Trixie, joined in on the fun, prancing around in the snow.

As they took a break from their antics, they agreed the best part of their snow day was the snowball fights.

Mitch Jeter, a sixth-grader at Salisbury Academy, was relieved to have the day off school.

“It’s good because we had some big tests this week and it gives us a break,” he said.

He and about a dozen other friends found an ideal hill for sledding, tubing and snowboarding at the Country Club of Salisbury. They even built a ramp to jump their snowboards off.

The group agreed it was the deepest, best snow they’ve seen in a long time.

They’ll all have a chance to do it again today. Classes have been canceled today for Rowan-Salisbury and Kannapolis schools, as well as Salisbury Academy, North Hills Christian School, Rowan-Cabarrus Community College, Catawba College and Livingstone College.