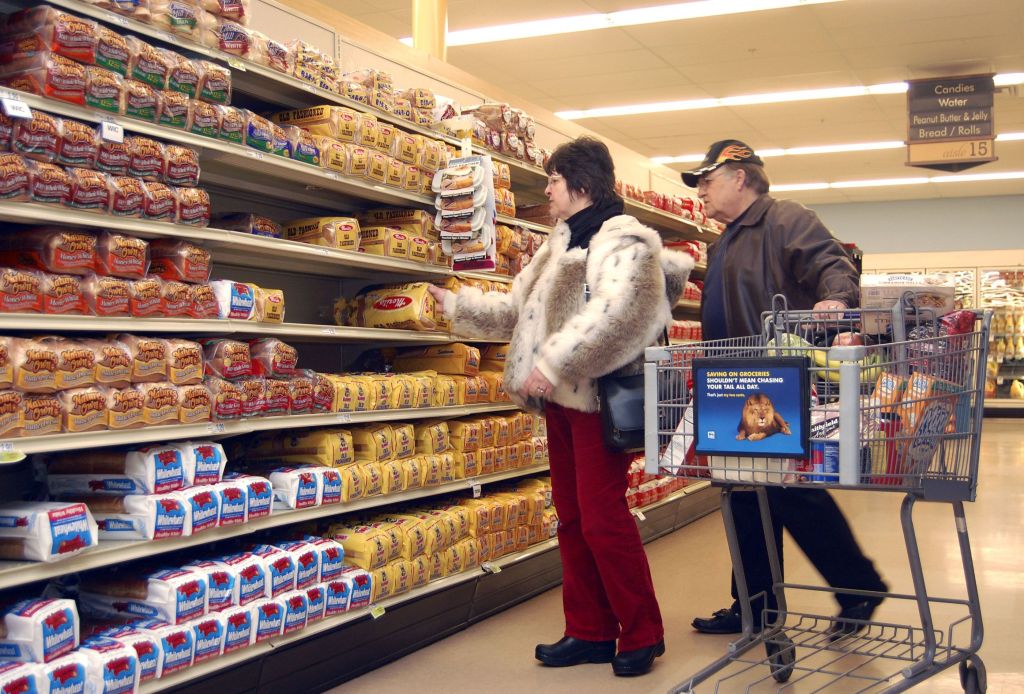 SALISBURY — Connie Barber made three trips to the grocery store Tuesday to make sure she was prepared for snow, sleet, ice and anything else Mother Nature might throw at her today.
“When the snow comes, I’m not getting out,” said Barber, 69, while she pushed a cart at Aldi. “The safest place for me to be is at home.”
Shoppers flocked to grocery stores and other businesses to secure provisions for themselves, their homes and their animals as forecasters warned of an approaching winter storm that could dump six to 10 inches of snow and ice on Rowan County today and Thursday.
Barber detailed her inventory, which included coffee, pork chops, bagels, grapes, canned oysters, pinto beans, cereal and more.
The Aldi store on Jake Alexander Boulevard had been slammed for two days and ran out of milk Monday as the weather outlook worsened. But store shelves were full Tuesday afternoon, and customers left satisfied.
“We are doing a lot higher volume than usual,” shift manager Darlene Robinson said. “People are scared they are going to be snowed in.”
Food Lion at the intersection of Mooresville Road and Jake Alexander Boulevard was doing twice as much business Tuesday afternoon as a normal, store manager Maclaren Oglesby said.
Bread and milk, typically the most popular items before a snowstorm, were in good supply. Oglesby said he ordered more food over the weekend when he saw the forecast.
He also called in extra help to work the front end of the store and keep checkout lines moving. Customers were buying staples and “lots of meat items,” he said.
As Mary and Gaylord Millspaugh filled their cart at Food Lion, the couple said they were dreading the snow. After moving to Salisbury 30 years ago from Detroit, the Michigan natives said they prefer the climate in the South.
“My favorite snow is on a calendar,” Gaylord Millspaugh said.
His wife of 48 years agreed.
“I like it when it first falls, when it’s like a picture postcard,” she said. “But I don’t like to go out in it.”
Winter storm preparations started Monday morning and continued in high gear through Tuesday evening at Tractor Supply.
“You have no idea what these last two days have been like,” manager Bob Snook said with an exhausted laugh.
Supplies of boots, ice melt, heaters and other items to help humans stay warm and safe dwindled as the day wore on, but Snook said his customers did not forget to look out for pets and wildlife as well.
“People are stocking up on feed for their animals and dog food, not just bread and milk,” he said.
One of Tuesday’s best-sellers at Tractor Supply was bird seed.
The most common request, and one that Snook said he was sorry he could not fulfill, was for sleds.
“Bernhardt (Hardware) is gone, and no one knows where to get a sled now,” he said. “I must have answered 100 calls in the past two days, but we don’t sell them.”
At Harris Teeter, Lesha Jefferies said she was excited about the snow. She said she planned to buy food of all kinds and snacks, “in case I can’t drive for a while.”
“I’m looking forward to it,” Jefferies said. “We haven’t had a big snow in years.”
Snow and cold mean more customers to Pop’s Country Store on U.S. Highway 601, cashier Nicole Sherman said.
“We’ve got a lot of business because we pump the gas and kerosene for them,” Sherman said. “They don’t have to get out of their cars. We always have more sales when gets cold.”
While kerosene sales jumped as the temperature dropped, fuel was not the only necessity in high demand.
“You do sell a lot more beer when it’s cold outside,” Sherman said.
Contact Emily Ford at 704-797-4264.