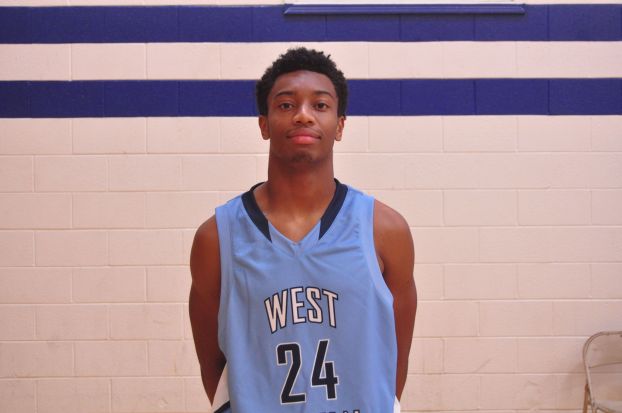 CONCORD — Cox Mill got a big offensive surge at the beginning, Monday night, then made it stand up the rest of the way with their swarming defense.
The effort produced a 68-51 South Piedmont Conference win against West Rowan. While the Falcons (11-12, 6-9) dropped their fifth in a row, the Chargers celebrated Senior Night by solidifying their hold on second place in the SPC, improving to 18-5, 12-3.
Leading 1-0, West missed their first six fields goal attempts to open the game. The Chargers, meanwhile, sprinted to a 14-1 lead with a pair of threes and some easy transition buckets.
The Falcons responded briefly to cut the margin to 16-9. But a three point play then a long trey by guard Matt Morgan pushed it out to 25-14.
The margin stayed at 11 at intermission then gradulally stretched as high as the final 17 point difference in the second half.
“I think the speed of the game kind of got to us,” Falcon Coach Mike Gurley said, “They rushed us and we didn’t handle it the way we wanted to handle it.”
The Chargers swarming, swatting defense was the difference maker as they produced 15 steals and a high percentage of fast break transition buckets.
“That’s our game and we are so much better when we are in transition,” Cox Mill coach Jody Barbee stated. “We like getting up and down and we created a little havoc.”
Morgan notched 23 points 6 rebounds and five steals for the Chargers while big man Chandler Probert had 14 points and 5 boards. T. J. Jones had nine and was a defensive standout as well.
Najee Tucker led West with 13 while Celexus Long, Seth Martin and Kortez Weeks all had 9. Gurley also praised the efforts of Greg Joseph (7 points, 6 rebounds) and Amara Morris off the bench.