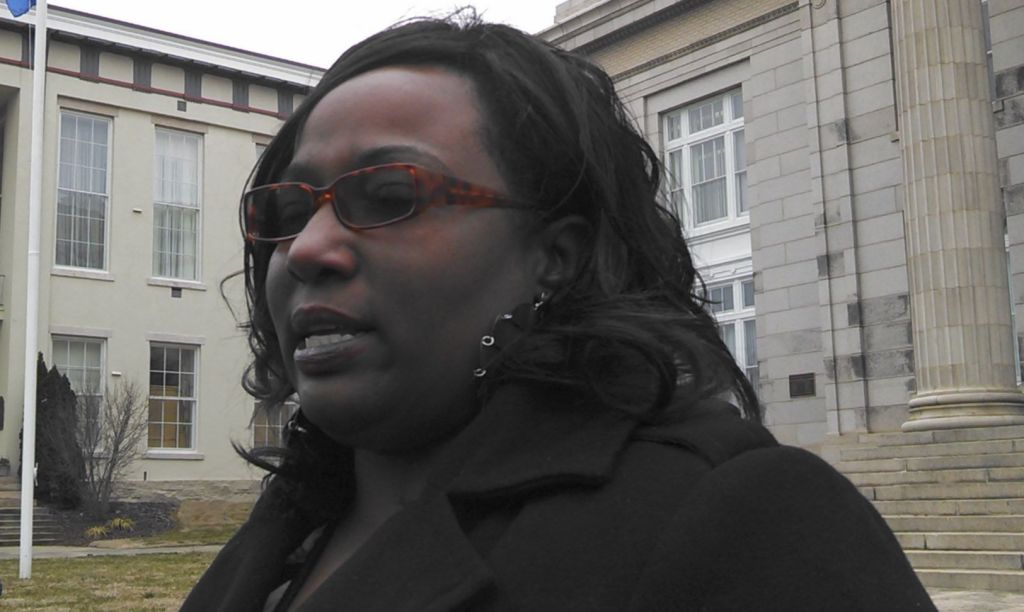 A Rowan County judge increased the bond to $1 million for a teen charged with shooting Salisbury High School freshman Shaleek Williams outside the school’s gymnasium Monday after school had been dismissed.
Authorities say Williams, 16, was trying to diffuse a fight that reportedly began over the weekend. He was shot Monday in the abdomen and was taken to the hospital by a parent. Williams, a student athlete, was released from the hospital several hours later.
DaJuan Lamont Russell, 17, was charged with assault with a deadly weapon with intent to kill inflicting serious injury, possession of a firearm on school property and discharging a weapon on school property, all of which are felonies. Russell was booked into the Rowan County Detention Center under a $250,000 secured bond.
Just before noon today, District Court Judge Kevin Eddinger increased the bond, an amount DaJuan Russell’s aunt, Shenita Russell, says the family can’t possibly pay.
Shenita Russell was inside the courtroom during her nephew’s first appearance. Eddinger appointed Salisbury Attorney Steve Gray to represent Russell.
Williams and his mother, Kim Williams, recounted the shooting and the events they believed led up to it. Shaleek and his family believe the teen disliked him and saw an opportunity to harm him.
Shaleek said he didn’t have an issue with the accused shooter and is friendly with everyone.
The school was placed on code red lockdown for 50 minutes. Nearby Livingstone College was also placed on lockdown, as were Knox Middle School and the Ellis Street offices of the Rowan-Salisbury School System.
All of the students in and around the gym were ushered inside when the shooting took place and were later escorted out.
Shenita Russell spoke with the media following the hearing, saying she raised DaJuan Russell since he was 6 years old. She said DaJuan was raised in a loving home with plenty of family support. Russell said she felt as if this was a community issue. She said there is a “lack of support as far as jobs and helping to build broken family relationships.”
Russell said she’s supported him, tried to get him involved in community activities.
“Any child could be prone to what happen to DaJuan. No child, no child regardless of what kind of upbringing can avoid this to a certain extent. We try our hardest as parents, as guardians to help our young people, but at the end of the day it’s their own decisions,” Shenita Russell said.
DeJuan Russell was arrested at 10:15 p.m. Monday after police said he moved from house to house throughout the evening but never left Rowan County.
The judge set a probable cause hearing in the case for Feb. 24.
See more details in Wednesday’s Salisbury Post.