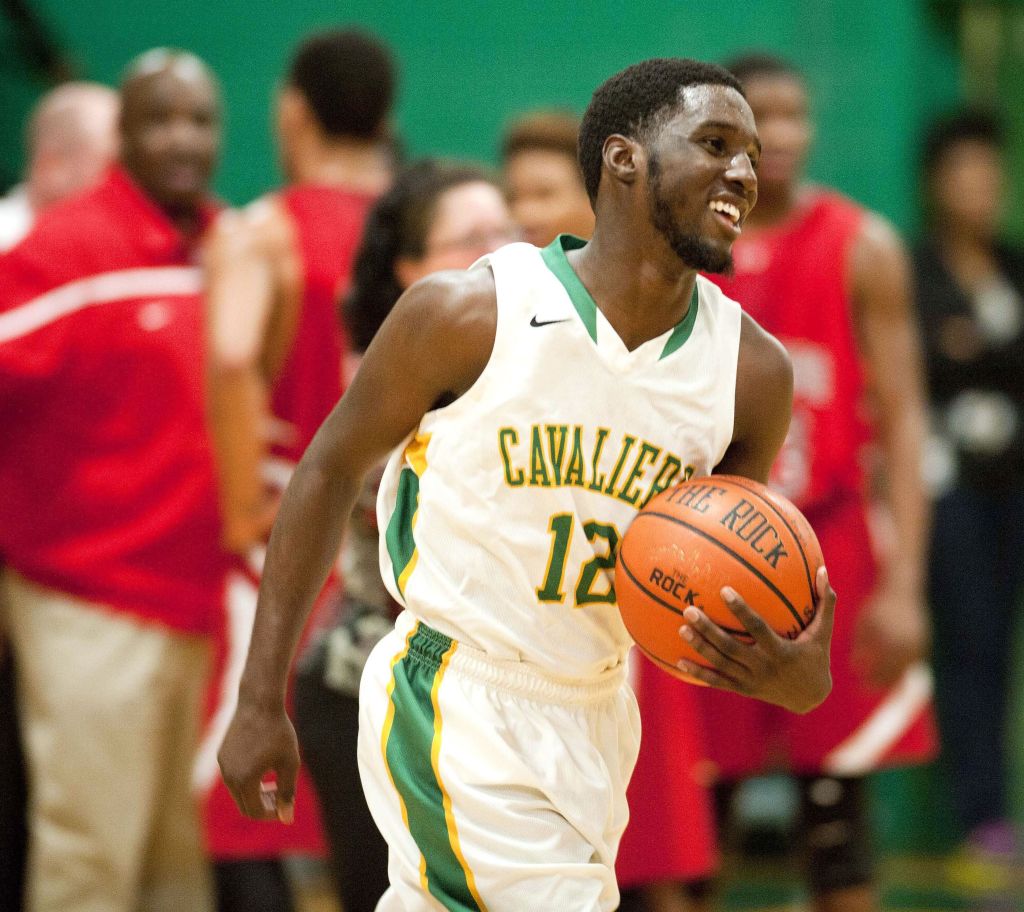 SPENCER — Michael Connor did his part to keep North Rowan’s boys basketball team in the headlines Monday night.
But North’s second string played a more important role in its 81-59 CCC win against visiting Thomasville.
“Those guys did a great job,” Connor said after surpassing 1,000 career points on North’s Senior Night. “I commend them. They’re a key part of this team and the reason we’re so good.”
The victory helped North (14-5, 8-1) remain tied for first place as the regular season winds down. Connor finished with 11 points and was one of four Cavs to reach double figures.
“He’s a special kid — one of the nicest people you’ll ever meet,” coach Andrew Mitchell gushed afterward. “He’s a better person than he is a basketball player, one of those yes-sir/no-sir kind of guys.”
Connor was supported by teammates Kenyon Tatum, Jalen Sanders and Michael Bowman. Tatum, a senior bruiser who transferred from Davie County, scored a career-high 18 points and thrilled the crowd with three industrial-strength dunks in the fourth quarter. Sanders provided 17 points off the bench while Bowman — the 6-foot-4 senior — contributed 13 points and upped his own career total to 888.
“Coach told us in the locker room before the game that it was a special night for the seniors,” said Sanders, a sophomore who normally starts. “But he wanted those who were coming off the bench to be ready to bring a spark.”
That didn’t happen until late in the first quarter. North trailed 5-2 early but surged ahead 10-9 when Josh Handy checked in and hit a short bank shot from the left side with a minute remaining in the period.
“In the first quarter we kept it at the pace we wanted to play,” losing coach Gil Maxwell said after Thomasville (9-11, 4-5) came up short. “The thing that made North so dangerous was their second five, their depth. When those guys came in they were able to speed the game up. We lost our rhythm.”
Connor felt it had something to do with the smothering, aggressive defense Thomasville was playing. “Oh, we were struggling at the beginning of the game,” he said. “We had to get a grip. They were playing rough and we had to stay under control. We had to make sure we did the little mental things — make the extra pass, hit our free throws. Things like that.”
The score was tied at 10 when North’s Shareef Walker checked in a quickly turned an offensive rebound into an authoritative layup, igniting a 16-0 run that gave the Cavs a commanding lead.
“I remember the game was too close,” said Sanders. “We needed points, but that was all defense. It was the same game-plan we have every game.”
A series of turnovers helped Sanders score seven points in the flurry. Teammate Joe Scott used a power drive along the left baseline for a layup that made it 16-10. Then Sanders knocked down a 3-ball from the right side. By the time Mitchell sent his starters back on the floor North was ahead 23-10 and the gym was ablaze with passion.
“The last two games they’ve been doing that,” Mitchell noted. “At the beginning of the year we were telling them that we needed to develop a bench. That we couldn’t win a championship, that we couldn’t go very far without a strong bench. These guys have stayed diligent, they’ve worked hard and they’ve bought in to what we were telling them.”
They all got to watch Connor reach his milestone with 22.8 seconds remaining in the first half. Still without a basket, he converted his seventh and eighth free throws of the game to reach 1,000 points.
“It was a big relief,” said Connor, who would have preferred draining a dramatic 3-pointer or scoring on a runaway jam. Instead it came on a foul shot.
“I’ll still take it,” he smiled. “I went to the Y after school today and shot at least 50 free throws. Iknew if I was going to score points, some of them would be on free throws.”