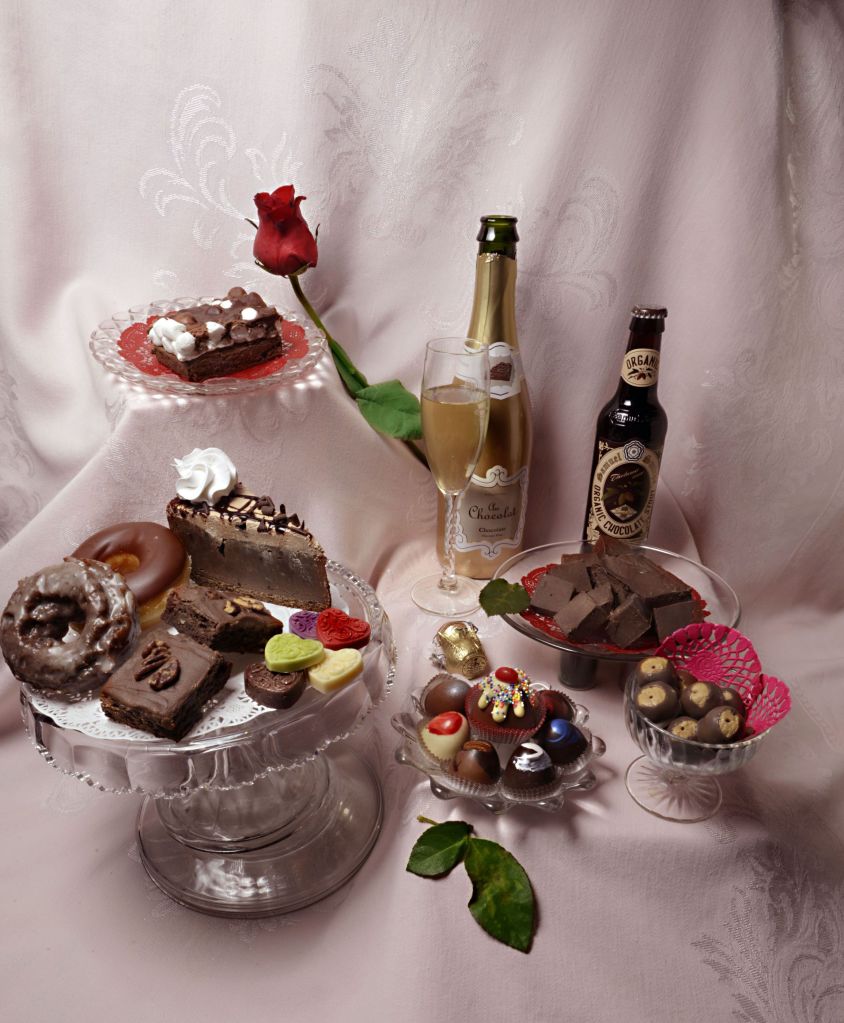 Crave chocolate? Your addiction could actually be a healthy habit that can help fight disease and — you guessed it — reduce stress and boost your mood. No wonder we love it.

The cocoa in chocolate is the real health superstar. Just like blueberries, green tea and red wine, cocoa beans contain antioxidant nutrients that may lower your chances of heart disease and stroke, as well as diabetes and a range of inflammatory disorders like arthritis and asthma.

Using cocoa to boost health goes all the way back to 600 BC. People from the Mayan, Aztec and Olmec cultures drank the beverage to increase stamina, fight fatigue and build up disease resistance. When it moved into Europe, chocolate came into fashion as a pleasurable and stimulating food. It wasn’t until this decade, when researchers began to discover all the powerful antioxidant nutrients cocoa provided, that it began to be viewed as potentially therapeutic.

Two new reviews of medical research concerning cocoa and chocolate in the journals Stroke and Frontiers in Pharmacology noted numerous health benefits. The cocoa in chocolate may help keep blood pressure in check, lower cholesterol and improve blood flow. It appears that nutrients in cocoa also can help reduce risk of blood clots, fight inflammation and aid your immune system in defending against viruses and bacteria.

But why do you feel better when you eat it? One reason may be that the nutrients in cocoa affect your brain chemicals in a very positive way — a bit like antidepressant drugs. Think of it as the chocolate lover’s version of “runner’s high.”

A splurge on a rich chocolate dessert for Valentine’s Day might not be good for you, but it’s not terrible, either. “You don’t have to give up these foods entirely, but find ways to enjoy small amounts occasionally,” advised Debbi Beauvais of the Academy of Nutrition and Dietetics. In other words, if you make chocolate a food group and eat it frequently, try to develop a taste for a healthier version.

Sad to say, finding the healthiest chocolate is not always easy. That’s because there‘s no real basis for figuring out the nutritional content of cocoa or chocolate based on the label.

• Unsweetened cocoa powder offers the most antioxidants, researchers in the pharmacology journal article noted, and it’s also low in fat. Look for non-alkalized cocoa rather than the alkalized, “dutched” version, which has fewer nutrients.

• The second best choice is plain, dark chocolate like unsweetened baking chocolate. But if you opt for semisweet chocolate, look for a product with the highest amount of cocoa solids listed in the ingredients. The more nonfat cocoa solids the chocolate contains, the more antioxidants it offers.

Most of the saturated fat in cocoa beans, called cocoa butter, comes from stearic acid, which doesn’t appear to elevate cholesterol the way saturated fat from meat does. The beans also contain monounsaturated fat – the healthy fat found in olive oil. But chocolate candy and other chocolate products often also have added fat from milk or partially hydrogenated vegetable oils.

Chocolate bars range far and wide when it comes to nutritional value so it pays to read nutrition facts labels, note the serving size and check the ingredients list before you indulge. For example, Aldi carries a variety of Moser Roth chocolate bars. Premium Dark Chocolate has 85 percent cocoa solids. Each of the five bars has about 1.75 ounces each. They each have 165 calories and 13 fat grams — 8 grams of saturated fat.

As a result of cocoa’s budding reputation as a nutritional powerhouse, companies have begun producing chocolate billed as higher in antioxidants, but you’d be wise to evaluate the product’s nutrition label as well as its claims.

• Hershey’s Cacao Reserve brand drinking cocoa and chocolate comes in a variety of choices. The products are advertised as containing premium ingredients as well as more antioxidants. Marketed more as a luxury food like high-end coffee than a health food, this Cacao Reserve boasts single source cocoa beans that are “carefully chosen and slowly roasted.” One ounce of a Hershey’s Cacao Reserve Milk Chocolate with Hazelnuts with 35 percent cocoa solids carries 162 calories, 11 grams of fat, with 5 grams of saturated fat.

• Another relatively new product, Mars Inc.’s CocoaVia, actually is a food supplement made from cocoa. It claims to have a higher amount of antioxidant nutrients than any other cocoa dietary supplement. It also has added calcium, and vitamins B, C and E. A daily serving contains 1,000 mg. of cocoa extract, with 250 mg. of cocoa antioxidant flavonoids.

CocoaVia comes as a powder or in capsules. The cocoa used is alkalized and the powdered supplement also contains sugar, soy lecithin, a thickening agent made from seaweed (carageneen) and salt. Sold as a nutritional supplement, a 30-serving box costs about $35. Package directions suggest taking it daily in milk, smoothies, yogurt, coffee or oatmeal.

Whether you take yours straight up or with sugar, in a bar or in a drink, chocolate can be therapy to those who adore it. For self-admitted chocoholics, this bit of self-medication is good for our souls, if not our cells.

Gail Poulton teaches classes on managing chronic health conditions and is a fitness instructor/trainer in Salisbury. Email her at gailpoulton@bellsouth.net.