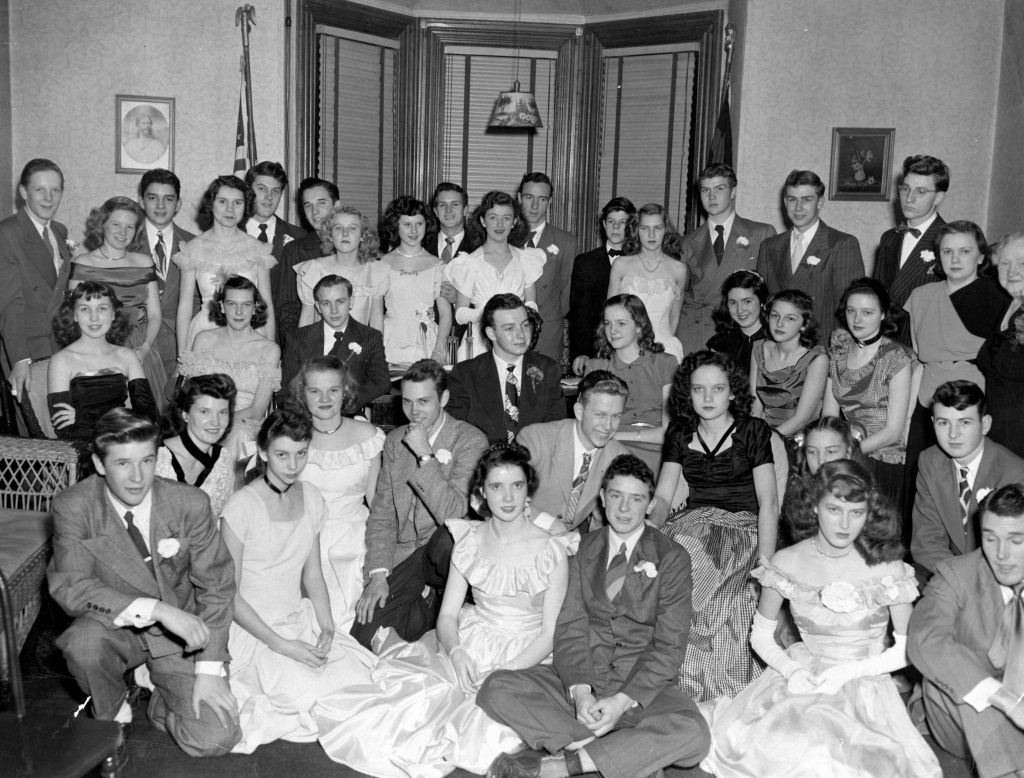 Frank Fuller of Briggs Road provided this photograph from February 1948. He says before there was a Young Men’s Christian Association in Salisbury, there was a Young Women’s Christian Association, organized by teachers and church-associated women. The YWCA encouraged Boyden High School girls — ‘Y teens’ — to join and participate, and this picture was taken at a Valentine’s Day party sponsored by the YWCA. Fuller says the party took place in a Victorian home on the corner of South Jackson and West Fisher streets, across from the Proctor home on the opposite corner. Fuller is in the photograph. He is the young man in the middle with his left hand raised to his chin. He names a few others in the photograph, including Clarence Beaver, Barbara Mills Beaver, Joe Roueche, Hal Ervin, Betty Propst (now Betty Zum Brunnen), Jackie Hollis, Lois Brown and John Horton. Fuller says he is sure others will recognize themselves from their Y Teen days.