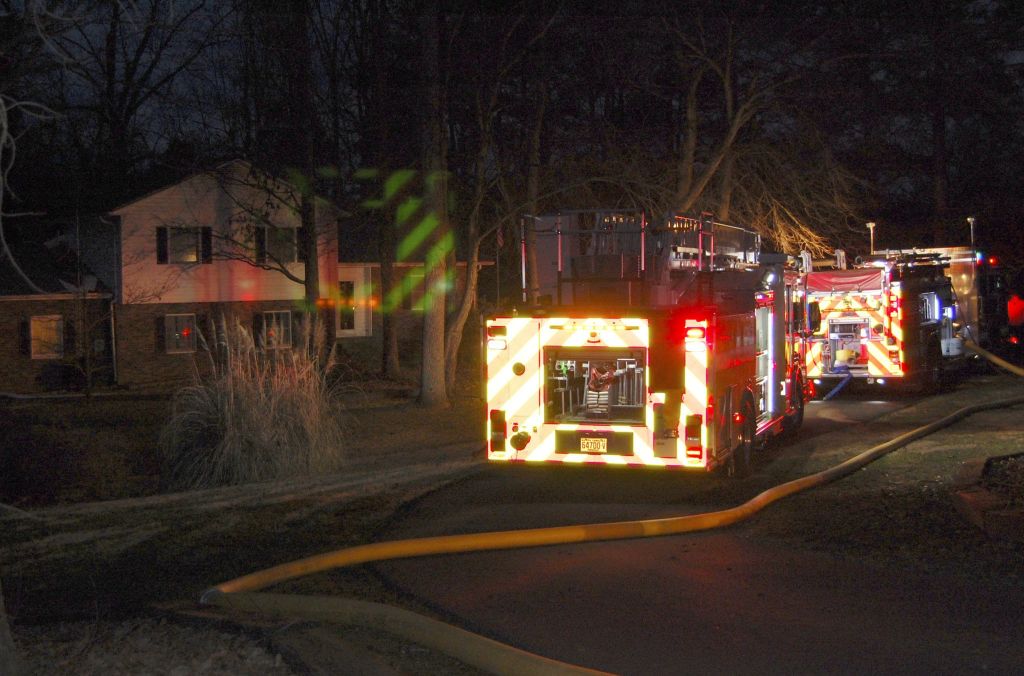 When Rockwell Police Chief Hugh Bost and his wife, Shirley, returned to their School Street home, they didn’t expect to see smoke billowing from the chimney. The couple had made a fire earlier in the day and put it out. They attended a K-9 memorial service and returned home around 5 p.m.

Bost, who has put time in the fire service, sprang into action and took a hose to his chimney. He then climbed onto the roof, while still in his police uniform, and began using a crow bar to loosen vinyl siding so the smoke could escape the exterior wall.

Bost told his wife to call 911 while he continued working at the smoke before fire departments responded. He told a Post reporter at the scene that he never saw fire, but there was a bit of smoke inside the living room and emanating from the exterior walls and eaves of his home.

He said he was just trying to “hold it in check” until firefighters arrived.

“You do what you need to do when that time happens,” he said of his actions.

Once firefighters arrived, they continued to contain the smoke. Rockwell City Fire Capt. Ashley Powell said the smoke and fire had not extended beyond the chimney area. The smoke did get into the walls and roof line of the home, but remained in those areas, Bost said.

When multiple fire departments responded to a Sunday afternoon chimney fire on School Street, many more law enforcement and emergency responders arrived to the home after they heard it was the home of Rockwell Police Chief Hugh Bost and his wife, Shirley.

According to emergency scanner reports, responders provided on-scene assistance to Shirley Bost. She reportedly had a panic attack, but appeared fine later while family and friends gathered around her as she sat on the back of a pickup, wrapped in a blanket.

Many area off-duty emergency responders and law enforcement began arriving at the couple’s home to check on them after the fire call was dispatched. Bost said it made him feel good to know his fellow fire and emergency responders were there to make sure he and his wife were OK.

“They’re my brothers. We stick together,” Bost said.