Foxx to be honored by Southern City AME Zion 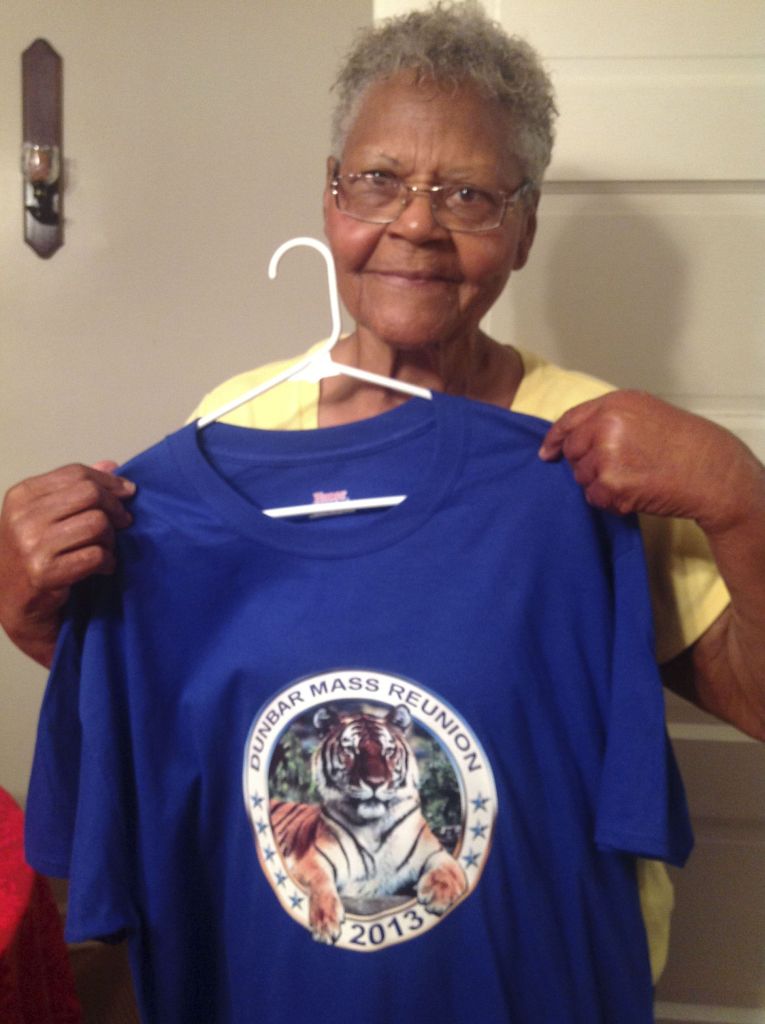 EAST SPENCER — It’s not uncommon for someone to shout out “Hey Mama” to Essie Mae Foxx. Although they aren’t her biological children, she is in every other sense of the word their mother. She’s likely looked after them as children or cooked for them on a visit to her East Spencer home. She may have even without them knowing, fought for their rights in the community.
Foxx, who in her 81 years has earned the respect of her peers, children, grandchildren and great-grandchildren, will be honored today as the recipient of the Legacy of a Leader award given each year at Southern City Tabernacle AME Zion Church.
The award, which is given each year at the church, located at 940 South Long St., will be bestowed upon Foxx at 3 p.m. She serves on the committee that selects award recipients and initially believed the award should’ve been given to someone else. But her fellow committee members prevailed.
“We’ve honored so many worthy people in our church,” she said humbly.
Foxx worked alongside East Spencer Mayor Barbara Mallett, who together with other committee members have chosen three prior honorees from the community.
“This is our way of celebrating Black History Month. We decided to recognize people. Essie Mae and I decided why not celebrate and honor people still living,” Mallett said.
The service is also a way to raise money for an annual scholarship fund, she said.
Mallett says she’s known Foxx to be a champion for East Spencer and “her beloved Dunbar School.”
Foxx was instrumental in starting the biennial Dunbar School reunion and parade. Mallett says Foxx has given unselfishly of herself to others, her church and community.
As a child, Essie Mae Foxx was the eldest of 12, and it was her responsibility to look after her younger siblings. She quickly learned the role of a caregiver that would serve her well later in life after she became the mother to 13 children, grandmother to 15 and great-grandmother to 19.
She’s not only been caregiver to her family, but in essence her community.
“When I was a kid, I was the little mother of the family. I had my sisters and brothers to take care of,” she said.
Her mother, Elease, was frail, so Essie Mae was the one who helped prepare meals and looked after her younger siblings, whom she said felt like her children.
Her father, Odell, taught her the foundations of the life he wanted his children to lead — keep the Lord first and care for others.
He would plant a garden filled with vegetables and peanuts, not only for their family, but the neighbors.
“We would ask, ‘Why are you planting so much?’ He said, ‘Because we have neighbors,’ ” Foxx said.
She and her brother were instructed to take a tub of vegetables to different neighbors’ homes.
Foxx’s family wasn’t the only large family in the neighborhood. She often found herself being mother to other children in addition to her brothers and sisters. She would take all the children into the woods to play and pick berries.
“They were a flock that flocked together,” she said.
The neighborhood children would ask their parents if they could play outdoors and their mother’s would allow them, asking, “Is Essie Mae going?”
When her children began having children, Foxx helped raise them. The children in the community began calling her Mama and many still do.
“They still say, ‘Hey Mama, how you doin’?” she said.
“I love everybody. I’m willing to help and do anything I can to help anybody. I love East Spencer with all my heart,” she said.
“She’s like my mother. I was raised in the house with my aunts and uncles. What she’s known for is helping people in the community, making sure this community is well-received. Everyone recognizes her for her spirit and she’s always willing to help out on any cause. Most of all she’s a God-fearing woman. She taught me how to pray,” said granddaughter LaSheka Walker.
Tony Hillian said his grandmother instilled in him respect for others and “to keep God first.”
He said the award is well deserved. She didn’t want it, but finally decided to accept it.
“She wouldn’t accept anything for her journey,” he said.
Her youngest daughter, Tina Foxx Wallace, said her mother taught through example the strength to stand up for what is right.
“She always taught us to be supportive of each other and find strength within our family unit and to always have each other’s back,” Wallace said.
She also feels the honor is well deserved.
“I can attest to the sacrifices she’s made for the town, for the citizens, not just her children, but other children throughout the community. I can remember our home was always the place kids came to eat or sleep or whatever they needed,” Wallace said.
Her mother’s caring example “taught us to be concerned abut other people’s welfare,” she said.
Daughter Deloris Foxx is also happy to see her mother awarded.
“She’s been a big asset to the community, always involved and trying to do things to better the community. She’s always been an inspiration to us,” Foxx said.
Family friend Valiere Sifford has known Essie Mae Foxx all of her life and says she’s been like a mother.
“She’ll take you in and feed you. She’s a very strong person,” Sifford said.
Sifford said she’s always known Foxx to be the kind of person who didn’t wonder how to get something done, she just did it.
Contact reporter Shavonne Potts at 704-797-4253.