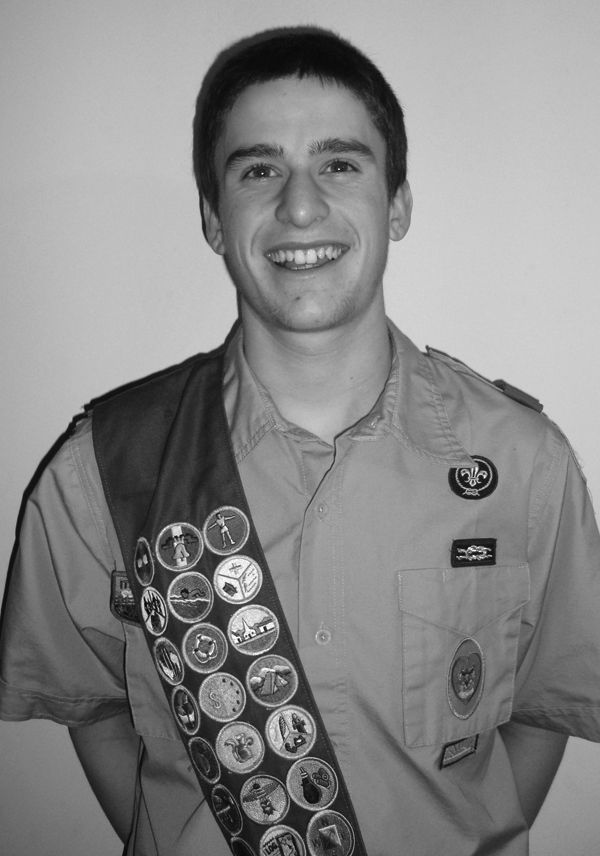 Robert Michael Egloff, 17, of Salisbury, is receiving his Eagle Scout Award today, Feb. 9, 2014. Christiana Lutheran Church, the sponsor of Troop 317, will be the venue. The award will be presented by Scoutmaster Jeff Fleming.
Robert has earned 27 merit badges and is currently serving as Junior Assistant Scoutmaster. He has also served as Assistant Senior Patrol Leader, Patrol Leader and Senior Patrol Leader.
Robert has been an active member of Scouts since first grade. He earned the Arrow of Light as a Cub Scout and has become a member of The Order of the Arrow while in Boy Scouts. The members of Troop 317 visited the National Scouting Jamboree at Fort AP Hill and have participated in many service projects in our community.
As a senior at East Rowan High School, Robert is a member of Jr. Civitans, Spanish Club, FBLA and Sigma Phi Gamma. He is also a 4-year Varsity team member of Cross Country, Swimming and Track.
Robert is an active member of the youth group Teens Encounter Christ (TEC), and has most recently served as the Lay Leader for the retreat held at Camp Loy White.
Robert’s Eagle project consisted of building new platforms for the United Way fund raising campaign.
The son of Lori and Mike Egloff of Salisbury, Robert is the grandson of Jean and the late Robert G. Bennett of Bayonet Point, Fla., and the late George and Anne Egloff of Hamburg, N.Y.