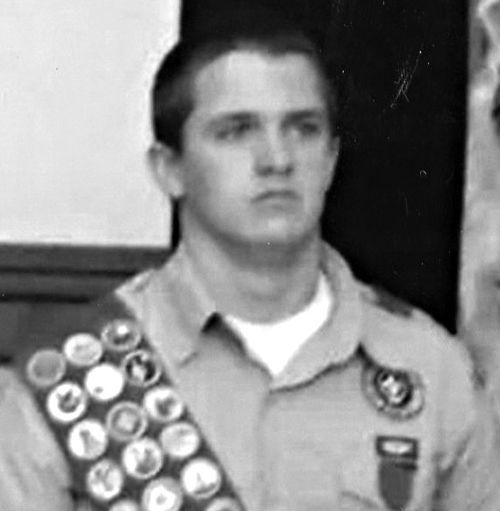 Dylan Gray Benfield, 17, of Boy Scout Troop 349, received his Eagle Scout award Feb. 2, 2014, at Central United Methodist Church. Scoutmaster Steve Miller made the presentation.
Dylan has earned 29 merit badges and is a member of Order of the Arrow. His Eagle project was building wood duck boxes at Spencer Woods Park for the ducks to live in and to draw people to the park.
The son of Martin and Beth Brigman of Salisbury, Dylan is a senior at North Rowan High School, where he is commander of North Rowan JROTC.
His grandparents are Alyce and the late Bob Huffman of Rockwell; JoAnna Malavenda of Cedar Mountain; and the late Daniel Brigman.
He is the brother of Spec. David Benfield stationed at Ft. Campbell, Ky.