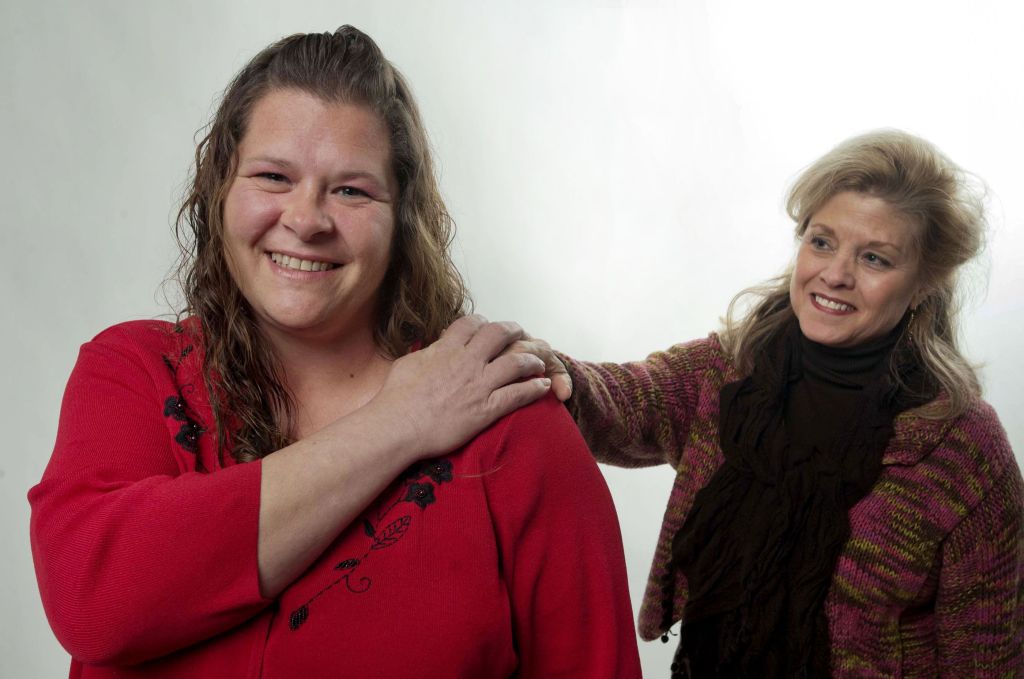 When Rachael was 8, she says she was sexually abused by a relative who continued to abuse her into her teens.
She remained surrounded by abusive behavior so much that in a way she became desensitized to it.
Then, when her teenage daughter was abused, Rachael was determined to stop the cycle. She turned to Rowan County law enforcement, who then connected her to the Family Crisis Council of Rowan County.
She and her daughter found themselves in the emergency shelter in early 2013.
“They were amazing from the get go. It was one of the most comfortable things they could’ve done,” she said.
The volunteers at the Family Crisis Council supported Rachael and her daughter as the two endured a criminal trial against her daughter’s alleged abuser. Rachael said he was found not guilty, but he is currently serving prison time for another unrelated sexual offense.
The organization is a United Way agency and it also relies on grants and donations for funding. It provides services to families like Rachael’s and other victims of domestic violence, rape, sexual assault or incest at no cost to the victims.
A local church is hosting a free concert with money raised that will benefit the Family Crisis Council.
The concert is Feb. 14 at 7:30 p.m. at First United Methodist Church of Salisbury, 217 South Church St. The concert is open to the public.
Organizers will receive an offering following the performance that will go to the Family Crisis Council.
Matthew Brown, who serves as the director of music and organist at First United Methodist Church of Salisbury, is organizing the concert. Brown oversees the Stanback Department of Sacred Music, which includes a graded program of choirs and is artistic director of the church’s concert series, FirstARTS.
“The annual Concert for Community Collaboration began four years ago as a way to reach further into our community and shed a greater light on those organizations who do incredible work — often behind the scenes and without much public recognition,” Brown said.
In years past, this concert, which is a part of the FirstARTS series, has benefited the Glenn A. Kiser Hospice House, Food for Thought, Inc. and Rowan Care Alliance.
This year’s featured performers are baritone Markus Beam and pianist Nancy Johnston. Beam is a native of Vale and has performed with the Knoxville Opera. Beam has upcoming performances in New York’s Carnegie Hall, Avery Fisher Hall, which is part of the Lincoln Center for the Performing Arts complex, and Alice Tully Hall, also a concert hall at the Lincoln Center.
Johnston is principal pianist and harpsichordist for Piedmont Opera Theatre and accompanist for the North Carolina Metropolitan Opera Auditions. Johnston made her Carnegie Recital Hall debut in 1985.
Renee Bradshaw, executive director of the Family Crisis Council of Rowan, said the fundraiser will help cover costs for their community services, which include clients who are seen via the hospital emergency room if they are victims of rape or domestic violence. The money would also help pay for the emergency shelter, as well as individual or group therapy sessions.
Brown said he chose Valentine’s Day as the date of the concert to highlight domestic violence and show how little love is shown in homes riddled with abuse.
“I think sometimes people don’t want to talk about this subject,” he said.
He wanted to show domestic violence does happen in Rowan County and everyone can take part in eradicating it.
Bradshaw said awareness about domestic violence begins from the ground up with parents, teachers and churches in knowing what to look for and how someone can receive help.
She feels as though people in the community are becoming more involved if they see a domestic situation by reporting it to authorities.
Rachael was aware the man who her daughter says abused her was a registered sex offender. Rachael said the man and his family convinced her the circumstances were not what she thought. Rachael said the man was engaged in a sexual relationship with a girl younger than him. He was convicted and served less than five years.
Upon receiving assistance that included nights in the emergency shelter and counseling, Rachael said she no longer sees herself as a victim. Her daughter, however, has struggled after the abuse, but Rachael is confident she will overcome it.
“My tears are not tears of pain anymore, when I talk about it, it’s relief,” Rachael said.
The anger is gone, she said, although the memories are still present.
During counseling, the therapist told Rachel to leave her guilt inside the room, and she has.
She said for those women who are in a violent situation, she encourages them to walk away.
“Life is not over when something bad happens to you,” she said.
Rachael has a full-time job and volunteers at Rowan Helping Ministries. She also advocates wherever she goes for the Family Crisis Council. If she knows someone who is in an unhealthy relationship or has the chance to tell her story, she does.
“If you don’t tell people there is someone who can help, they don’t know any different,” she said.
Without funding, Rachael said, there would be no shelter and some women would return to their abusers.
The donor levels are:
• Friend, $1-$99
• Supporter, $100-$249
• Advocate, $250-$499
• Protector, $500-$999
• Shelter, $1,000+
For more information about the concert, contact First United Methodist Church of Salisbury at 704-636-3121, ext. 104. For more information about the Family Crisis Council of Rowan County, call 704-636-4718.