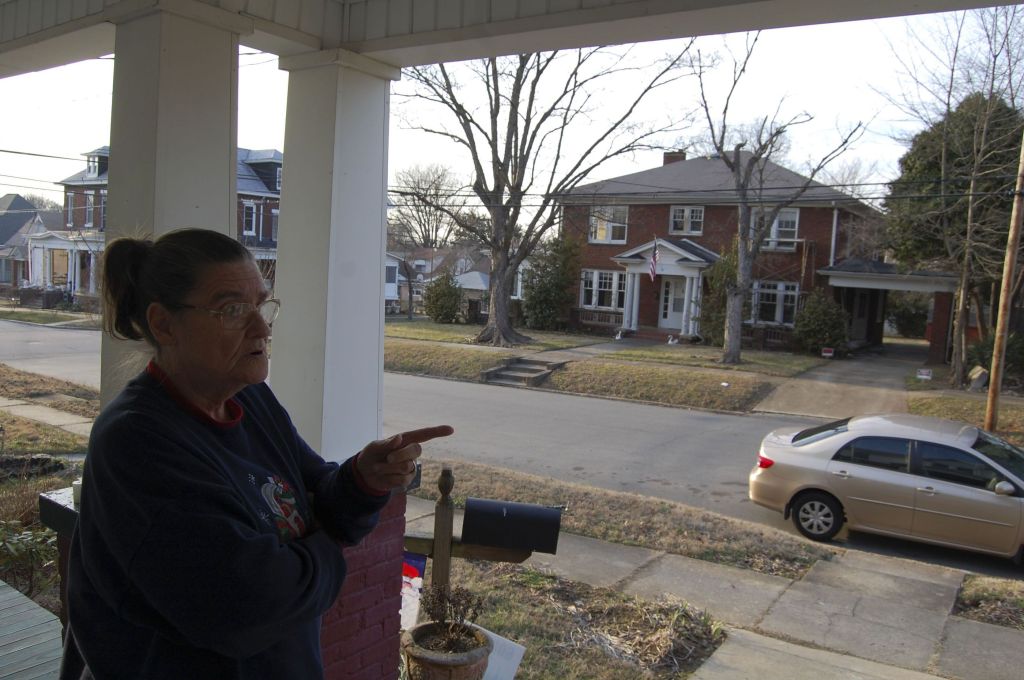 SPENCER –— The ribbon cutting ceremony dedicating a transitional or permanent residence for 28 homeless veterans at 418 South Carolina Ave. was Monday, but the effort may be over just as fast after the town revoked its permit.
The home is owned by the Col. Abram Penn Veterans Foundation and originally was slated to begin housing veterans in about two months following repairs and renovations.
Spencer officials issued a zoning permit to Dr. Tim Heath, the nonprofit organization’s chairman, to run a facility providing 24-hour supervision of homeless veterans.
The facility could not be located within one mile to a similar assisted living facility.
As it turns out, the home is less than a mile away from such a facility at 120 10th Street.
Town officials determined the permit had been issued in error and revoked it.
“The permit has been revoked, and right now we are working with the permittee to see what can be done,” said Price Wagoner, land management director for Spencer. “I don’t know if anything can be done. There is no exemption.”
Although residents along South Carolina Avenue said they have the utmost respect for veterans, a home serving 28 men suffering from mental or physical disabilities is not good for a residential area.
“This is not about bashing veterans at all or the people who are trying to help them. I think it is the right idea in the wrong place,” said Barbara Kemper, a neighbor living next door to the planned facility. “I don’t really know how I feel about 28 men living in the same house next door to me and being able to look out into my yard and such.”
Once operational, the supervised living facility for veterans ultimately would drive property values down, Kemper said.
“The dedication ceremony was strange. Rifle salutes are generally done in more somber settings in memory of soldiers — not for ribbon cuttings,” Kemper said. “One of our neighbors hit the deck and crawled underneath a couch when the shots rang out.”
Living directly across the street from the proposed veterans home, Laura Deal said she couldn’t imagine 12 men living in the same two-story house much less 28 men with psychological or physical issues.
“Even when (the home) was a halfway house for girls, they wouldn’t have more than eight girls in there,” Deal said.
Deal said she was relieved to hear the permit was revoked.
“I have grandchildren here who we set up a pool for out back. If I had to go inside and one of those men wandered over while I wasn’t here — it would horrify the children,” Deal said.
Although the permit for the veterans’ home was revoked, the supervised living facility coming to fruition on South Carolina Avenue still is a very real possibility.
Rowan County Commissioner Jon Barber said the permit was accepted because Spencer officials were not aware of another group home within a one-mile radius.
“What the town of Spencer and the county attorney are trying to do is come up with some changes to the current ordinance and add some text amendments,” Barber said. “The parties involved are trying to find a resolution to this in order to ensure we make homes for our homeless veterans.”
As chairman of the Col. Abram Penn Veterans Foundation, Heath said the permit revocation is “another example of veterans being put on the back burner.”
“There is a whole lot of talk about helping veterans, but when it comes to stepping up to the plate and playing ball — there really is nobody around to get things rolling. It seems to be an ongoing thing,” Heath said. “It is kind of ironic for this to be happening (just) after the ribbon cutting.”