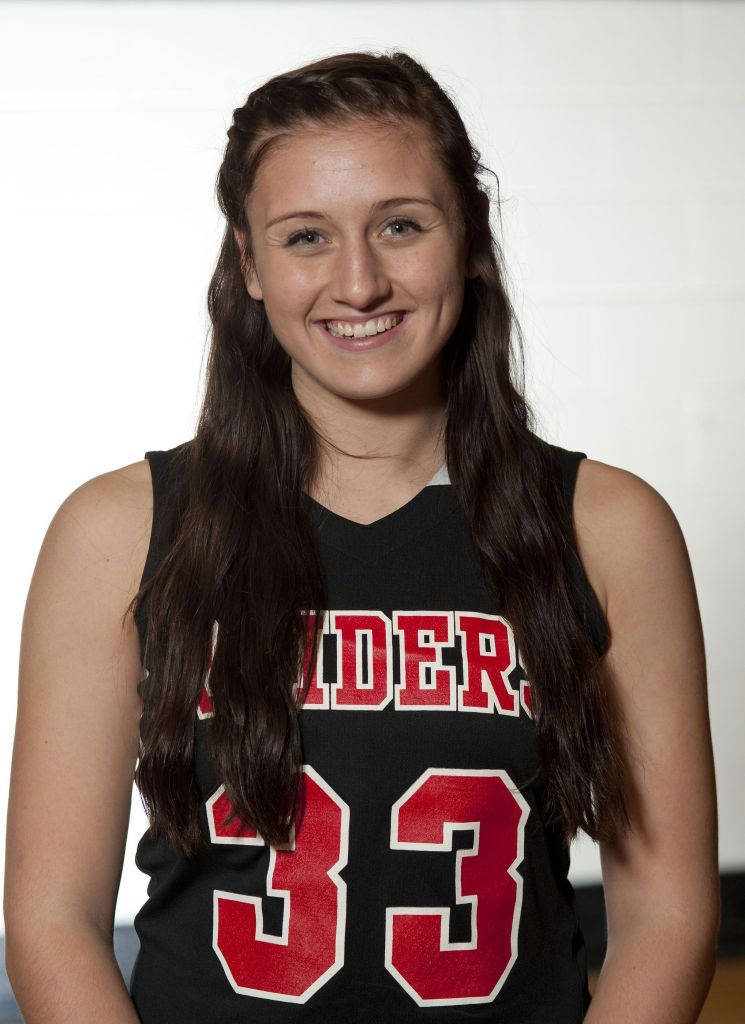 LANDIS — As South Rowan’s only senior, Lynsey Corriher was torn between tears and smiles on Senior Night.
She settled for some of both.
Volleyball is her best sport, but she’s come back from a torn ACL to help the basketball team. After struggling to 6-18 a year ago, South is enjoying its strongest girls basketball season since it finished second in the 4A CPC in 2002.
“Lynsey had been such a big part of this,” Avery Locklear said. “She’s come back stronger and better.”
Locklear hit the game-deciding shot with 11.2 seconds left on Friday, and South held off Hickory Ridge 56-54 for its ninth straight win and its longest victory streak since 1999.
Scorers Cassidy Chipman (24) and Locklear (21) combined for 45 points. Kayla McClendon boxed out, Sylvetta Bost handled the ball , and Corriher got loose balls, drew charges and scored eight points.
Coach Jarrod Smith watched South (14-7, 11-3) withstand 23 points by HR’s impressive freshman post player Zharia Brown.
“Hickory Ridge hit the glass harder than anyone we’ve played,” Smith said. “We beat a very good team.”
Hickory Ridge (11-8, 9-5) fell to fourth despite battling for 32 minutes. Chipman and Locklear just put the ball in the hole too often.
“We couldn’t have fought harder,” HR coach Tolanda Simmons. “But South was on and they hit very tough shots. It really hurts because it could’ve gone either way.”
SR faced some eight-point deficits in the second quarter but took a 28-27 halftime lead on a Locklear jumper.
South trailed 50-49 when Chipman scored five points in 10 seconds.
It was 54-all when Locklear, who had just missed two easy ones in close, calmly knocked down an open jumper from left of the lane for the game-decider.
“I was off tonight, but I guess I made the one that counted,” Locklear said.
After HR turned it over, South was able to inbound the ball to Chipman and the Ragin’ Bulls failed to foul her as she dribbled out the clock.
“It was tough and intense all night,” Corriher said. “We got down a lot, but we always got back up.”
HICKORY RIDGE (54) — Brown 23, Davis 13, McManimen 10, Evans 4, Wallace 3, Means 1, Rowden.
SOUTH ROWAN (56) — Chipman 24, Locklear 21, Corriher 8, McClendon 3, Martin, Waters, Figueroa, Stamey, Smith.
H. Ridge 18 9 9 18 — 54
S. Rowan 10 18 13 15 — 56