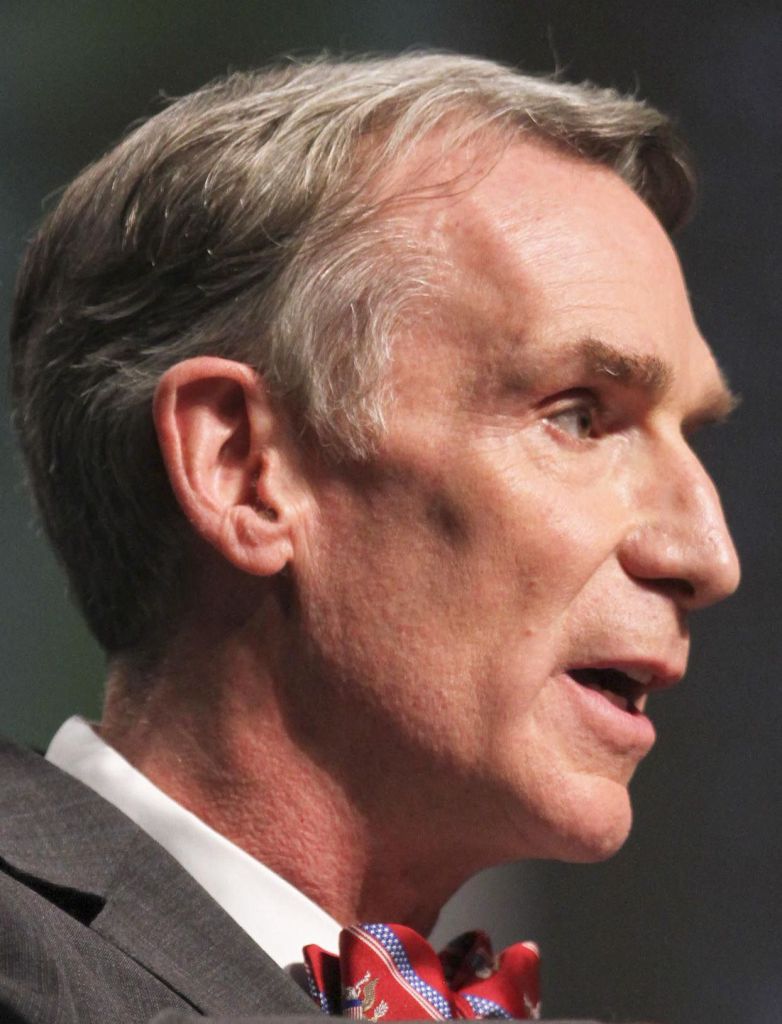 PETERSBURG, Ky. — True to his passionate and animated TV persona, “Science Guy” Bill Nye tapped on the podium, threw up his hands and noted that science shows the Earth is “billions and billions” of years old in a debate at a Kentucky museum known for teaching that the planet’s age is only 6,000.
Nye was debating Creation Museum founder Ken Ham and promoting science in the snappy way that made him a pop culture staple as host of “Bill Nye The Science Guy” in the 1990s.
The event was meant to explore the age old question, “How did we get here?” from the perspectives of faith and science.
Ham, an Australian native who has built a thriving ministry in Kentucky, said he trusts the story of creation presented by the Bible.
“The Bible is the word of God,” Ham said. “I admit that’s where I start from.”
Nye delivered a passionate speech on science and challenged the museum’s teachings on the age of the earth and the Bible’s flood story. Like most scientists, Nye believes there is no credible evidence that the world is only 6,000 years old.
Responding to an audience question about where atoms and matter come from, Nye said scientists are continuing to find out.
Ham said he knows the answer.
“Bill, I want to tell you, there is a book that tells where atoms come from, and it starts out, ‘In the beginning …’”
— Associated Press

Just an excuse?
Commissioners in Levy County, Fla., have rejected a local atheist group’s application to place a granite bench adorned with quotes on the courthouse lawn —near where a Ten Commandments monument is already in place, erected with county approval.
The proposed atheist monument is identical to one placed last year at a courthouse in Starke, Fla., after it, too, was first rejected.
In this case, county commissioners rejected the monument because its engraved quotes from Thomas Jefferson, Benjamin Franklin, John Adams and American Atheists founder Madalyn Murray O’Hair were “incomplete,’’ according to the commission’s report. –
Charles Ray Sparrow, a member of Williston Atheists, a group of about a dozen nonbelievers that applied for the monument in January, said such objections were not raised for the Ten Commandments monument.
“It is just an excuse,’’ he said. “We will not give up.’”
— Religion News Service
Quote of the week
“Today, the Catholic Church has 1.2 billion members, and so does Facebook, in just 10 years.”
– Peter Sealey,
former Coca Cola marketing director and Facebook board of advisers member

The secret’s in the sauce for chicken marsala