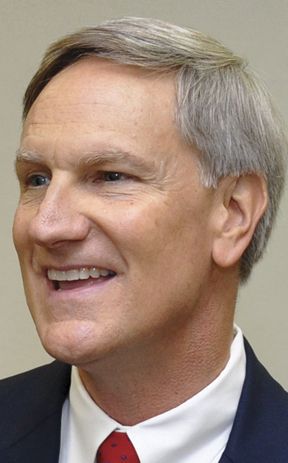 RALEIGH — Tony Almeida of Salisbury is leaving Pat McCrory’s administration after a year as the governor’s senior adviser on jobs and the economy.
Almeida cited health and family issues; his mother in Atlanta has been ill.
Almeida said when he worked on McCrory’s transition team he committed to stick with the administration as McCrory got his economic plan into place. Part of that was the completion of the N.C. Jobs Plan, released last month by the state Economic Development Board.
“That was the last thing on my list,” Almeida said.
Almeida retired in 2011 as vice president for economic development at Duke Power after being with the company 32 years.
“I didn’t plan to go back to work full-time,” he said Thursday. Commuting to Raleigh from Salisbury each week was not on his retirement agenda, either.
He said he and his brother are caring for their mother. Almeida has had heart trouble in the past and his own health “could be better,” he said.
McCrory was understanding and appreciative about his decision, Almeida said, and gave him a couple of weeks to wind things up. Today is Almeida’s last day on the job.
“It’s been a great experience,” he said. “… I feel very good about my small part.”
Almeida is the fourth person to step down from McCrory’s administration in a five-week span, according to The News & Observer of Raleigh. Others were Blannie Cheng, Almeida’s deputy; Jonathan Felts, a political adviser; and Ricky Diaz, communications chief at the Department of Health and Human Services.
McCrory spokeswoman Kim Genardo said the resignations were not related, and she praised Almeida, The N&O reported.
“The administration commends his work,” Genardo said. “He led a lot of great projects.”