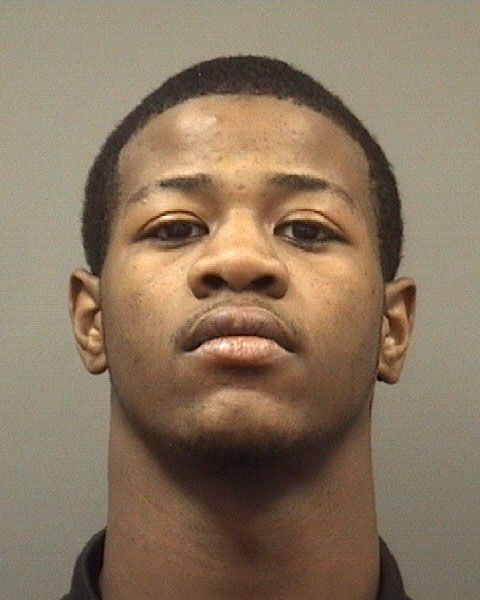 Two Rowan County men remain in jail this morning after an observant officer saw them near a business that had been robbed months earlier. Police say the two men had marijuana on them and were charged Wednesday morning.
Salisbury Police charged Witt Darnell Alexander, 21, of the 200 block of 17th Street, Spencer, with felony possession of a controlled substance with intent to manufacture. Montreal Dishawn Steele, also 21, of the 300 block of Granny’s Place, Woodleaf, was charged with felony possession of a controlled substance with the intent to manufacture and misdemeanor failure to appear. Officials say Steele failed to appear for a 2013 charge of trespassing.
The officer saw the two men walking behind the parking lot of Sweet Peas Clothing Co., at 2127 Statesville Blvd. He remembered there had been a robbery at the store in October. He decided to stop the men to ask them a few questions. Steele and Alexander told the officer they’d just left Clancy Hills Apartments and were heading across the street to a sweepstakes store.
The officer searched their names in his computer and discovered Steele had an outstanding warrant. The officer searched the two men and discovered both had marijuana.
The officer found a bottle of Lawry’s Season Salt in Alexander’s pants pocket. When the officer opened the bottle, he found 11 individually wrapped bags of marijuana totaling 12 grams (.42 ounces). Alexander was issued a $$2,500 secured bond and was placed in the Rowan County jail where he remains.
Steele told the officer he “had the same thing he got,” and looked down toward the ground. He’d tossed out four individually wrapped bags of marijuana that totaled 4 grams (.14 ounces). Steele remains in the Rowan County Detention Center under a $3,250 secured bond.
In 2010, Alexander was convicted of misdemeanor simple assault and misdemeanor trespass, and in 2012 was convicted of misdemeanor common law uttering or “passing a forged document.”