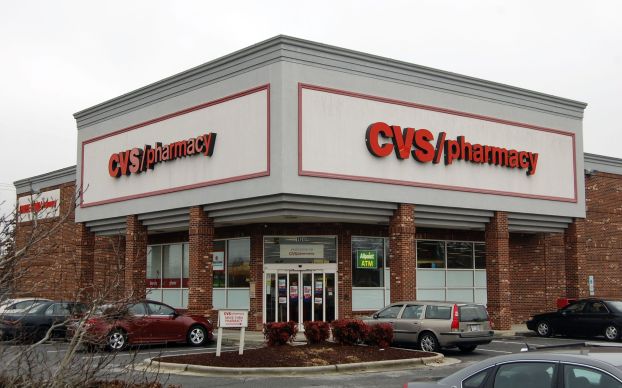 SALISBURY — Customers at a Salisbury CVS store Wednesday afternoon enthusiastically supported the drugstore chain’s decision to kick the habit of selling cigarettes and other tobacco products.
“Good,” Lisa Martin said after hearing the news at the Statesville Boulevard CVS. “I think cigarettes are unhealthy. They’ve become such a cancer on society.”
In a bold move, the nation’s second-largest pharmacy retailer said Wednesday it will phase out cigarettes, cigars and chewing tobacco by Oct. 1 in 7,600 stores nationwide. The move is part of the company’s shift toward working more closely with doctors, hospitals and health departments to improve customers’ health.
If CVS wants to portray itself as a health-care provider, it does not make sense for the company to continue selling cigarettes, customer Richard Copeland said.
“There’s a disconnect there,” said Copeland, a former smoker who quit in 1985.
No one interviewed in Salisbury disapproved of the decision to end tobacco sales at CVS, including one customer who did not give her name because she works in the health-care industry and doesn’t want her employer to know she smokes.
“Cigarettes should be illegal,” she said. “They harm more people than alcohol.”
As someone who has tried repeatedly to quit, the woman said she hopes more stores will stop selling cigarettes, making them harder to find and perhaps making it easier for her to finally drop the habit.
CVS Caremark Corp. said it’s giving up about $2 billion in annual revenue by phasing out tobacco, but the move will not affect its 2014 earnings forecast. CVS notches about $1.5 billion annually in tobacco sales, but it expects a bigger hit because smokers often buy other products when they visit their stores.
The company brought in more than $123 billion in total revenue in 2012.
Ginger Morgan said she was surprised to hear about CVS’ decision, considering how much money the chain will lose. A former smoker, Morgan said she used to buy cigarettes at drugstores because they were cheaper than at grocery stores.
“I’m torn,” said Morgan, the only person interviewed who did not wholeheartedly endorse the decision. “But drugstores are for medicines and health, so I can totally understand.”
Nathan Riddle, 20, said he recently quit smoking and called CVS’ decision a “great idea.”
“People will still smoke, but the fact that someone in corporate America is promoting a healthy lifestyle is great,” Riddle said.
The move is the latest evidence of a big push in the drugstore industry that has been taking place over several years. Major drugstore chains have been adding in-store clinics and expanding their health care offerings.
Pharmacists deliver flu shots and other immunizations, and drugstore clinics now manage chronic illnesses like high blood pressure and diabetes and treat relatively minor problems like sinus infections.
On its own, the CVS move won’t hurt cigarette companies much. Drugstores overall account for only 4 percent of cigarettes sold. That pales compared to gas stations, which generate nearly half of those sales.
But it’s another in a long line of changes that have led cigarette sales to fall because of health concerns, higher prices and taxes and social stigma.
The decision to drop tobacco products from store shelves could win CVS new customers and reinforce the loyalty of those who already shop at the chain.
“I think more of them for being willing to do that,” said Pat Winchell, an elderly ex-smoker who used a walker to approach the Statesville Boulevard store with her daughter, Donna Wilson.
“I’m proud of them to make that decision,” Wilson said.
ggg
The company declined to say what will take tobacco’s prominent shelf place behind cash registers at the front of its stores. CVS will test some items and may expand smoking cessation products that are sometimes sold near cigarettes.
CVS competitors Walgreen Co. and Rite Aid Corp. both sell tobacco and smoking cessation products, as does the world’s largest retailer, Walmart Stores Inc., which also operates pharmacies in its stores. But Target Corp., another major retailer with pharmacies, stopped selling tobacco a few years ago. Both Walgreen and Rite Aid representatives said Wednesday they are always evaluating what they offer customers and whether that meets their needs. The nation’s biggest cigarette maker, Philip Morris USA, said in a statement Wednesday that it is up to retailers to decide if they’re going to sell tobacco products.
The CVS announcement drew praise from President Barack Obama, who said the decision will help his administration’s efforts to reduce tobacco-related deaths, cancer, and heart disease, as well as lower health care costs. Tobacco is responsible for about 480,000 deaths a year in the U.S., according to the Food and Drug Administration, which gained the authority to regulate tobacco products in 2009.
Tim Watt walked out of a downtown Indianapolis CVS store Wednesday with a fresh pack of Pall Malls. The 54-year-old Indianapolis resident said he buys most of his cigarettes from CVS because the Pall Malls are 20 cents to a dollar cheaper there than at other locations. Watt collects unemployment and is on a tight budget. Even so, he said he wasn’t worried about his supply drying up when CVS stops selling tobacco. “I’ll just find someplace else or I’ll just start going to the really cheap (cigarettes) at the tobacco outlets,” he said. The share of Americans who smoke has fallen dramatically since 1970, from nearly 40 percent to about 18 percent. But the rate has stalled since about 2004, with about 44 million adults in the U.S. smoking cigarettes.
It’s unclear why it hasn’t budged, but some market watchers have cited tobacco company discount coupons on cigarettes and a lack of funding for programs to discourage smoking or to help smokers quit.
The Associated Press contributed to this article.