School on Saturday? You’ve got to be kidding 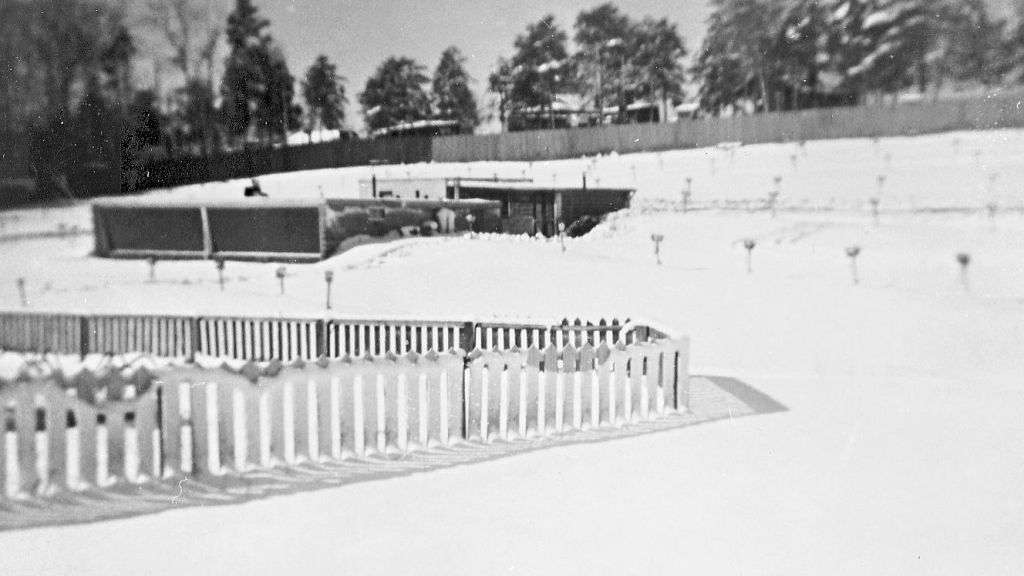 Well, students and parents of Rowan County, you dodged a bullet. The snow make-up day, originally announced as being this past Saturday, was changed to a weekday down the line a bit.

So let’s stir the pot up a bit. And I’m not referring to a pot of snow cream.

School on a Saturday?

You’d think it would be the end of the world.

Yes, scheduling public school on a Saturday does inconvenience people. On the other hand, having to cancel school for a Wednesday does as well. I am not going to take the time to take a head count to determine on which side there were more inconveniences. But I wonder if those who went to the make-up basketball games this past Saturday night would have been as put out as they would have been having to attend classes the same day … on a Saturday. Hmmm?

Back when I was in public school — I know, youngsters are thinking here’s where the old geezer is going to preach how difficult it was going to school back in his day. You know, walking both to and from school five miles uphill without any shoes.

Not really. I never really had any trouble getting there and back.

But back in the school days of us “baby boomers,” there were many differences in the setup of a public school year calendar.

Until I was in junior high (now middle school), we always started the new year the day after Labor Day. I can remember this with ease as many of us spent Labor Day afternoon at the municipal swimming pool — the last day of its operation for the year.

The constant thought that went through my mind all those Labor Day afternoons was, “Well, this is it.”

Our first school holiday didn’t arrive until Thanksgiving week, in which we were off Thursday and Friday (not Wednesday like current schedules).

Then school would close for Christmas around Dec. 23 and start back Jan. 2. Nothing then until Easter when we were awarded Good Friday and Easter Monday. Two days, that’s all. No week off for Spring Break.

It’s interesting that North Carolina was the only state back then that recognized Easter Monday as a state holiday.

We plowed onward until June 1 or 2, when the school year ended.

Oh, yes, teacher “work days” didn’t exist. I’m not going to say teachers in my era didn’t need them. They just didn’t have them. That’s probably why teachers took home back seats full of paperwork to do at night or on weekends.

Being married to a teacher, I’m aware that many teachers still have to do the same, even with “work days.” So don’t send any mean-spirited emails or texts telling me I know nothing about the hardships of being a school teacher. I’m on your side.

I really would sympathize with you all if you had to go to school on a Saturday. I had to. More than once.

We “boomers” certainly remember the bizarre month that was March 1960. Mother Nature blessed us with, at least, 6 to 8 inches of the white stuff every Wednesday that month. And did it ever pile up? Tractors and bulldozers were all around clearing off parking lots at businesses so their customers had a shot at getting to their stores. At my family’s motel, the snow was pushed against the wall of our dry cleaners as high as 10 feet. Since the pile was in a shaded area, it was June before it was completely gone.

The drive-in theater we owned was closed 11 days during March 1960, the first and only time that occurred.

School-wise, our city and county systems were separate back in 1960. The county schools missed many more days than the city system, and for some of the same reasons schools close today, mainly school buses traveling long distances on secondary roads. The city superintendent wouldn’t call off our classes unless conditions were really, really bad.

March 1960 was really, really bad. I can’t recall the exact number of days we missed because of all that wonderful fluff, but it was close to 10.

Having no teacher work days or an extended spring break, there were no other days to use for make-ups.

So, come May, we found ourselves at school on consecutive Saturdays. I was a fourth-grader. For those of you who remember Ty Boyd from WBT Radio and WBTV television, Ty’s mother was my teacher that year. She was also the school principal.

She explained to us at the start of our first six-day school week, that we had a lot of road to travel to finish her teaching schedule, and we had a short time to get there. So be prepared for a history test … on Saturday!

And if anyone elects not to attend school that day, that pupil would be awarded a zero for the test, with no opportunity for a make-up quiz. So much for not going to school that day. Not that my parents would even consider letting me stay home.

That may be a different issue today — if it is, a real shame.

Tacking on all of our snow days for the year, we didn’t get out for the summer until around June 9 or 10. Any guesses where we all were the next day? The swimming pool, of course.

So, parents and students, I appreciate your frustration in the possibility of school on Saturday. I’ve been at a school desk on a day that normally would have found me watching “Sky King,” “The Roy Rogers Show,” and “Mighty Mouse Playhouse.” I don’t know what kids today do on a Saturday morning, and I may not want to know.

And here’s a reason residents of Rowan County should be joyous that I’m not a local high school principal. If school had been in session last Saturday, and if you elected not to attend class, you would not have been admitted to the ball game at my school.

After all, who wants to go to their school on a Saturday?