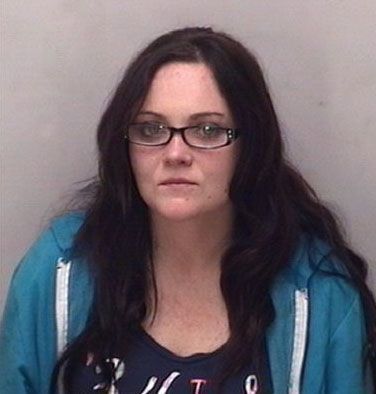 Police charged a Salisbury woman with a 10-year history of theft with shoplifting underwear and clothing items from Marshalls on Tuesday. She’s also been charged with assault by Davie County law enforcement.
Heather Nicole Porter, 25, of Knox Street, was charged with misdemeanor larceny and felony preventing the activation of an anti-shoplifting device. Salisbury Police say they received a call from the store’s loss prevention officer. A surveillance camera revealed the woman taking the anti-theft sensors off the items and putting the merchandise into her purse. The store is located at 375 Faith Road.
The video showed a woman picking up a pair of underwear and placing them inside her purse. She picked up other clothing, ripped off the sensor, walked to the giftware section and then put the items inside her purse, a report said.
Porter became confrontational when a loss prevention officer approached her. Officials say the clothes were worth $81.91.
After Salisbury Police officers charged Porter, they also served outstanding warrants for her from a January incident in Davie County. She was charged with four counts felony assault with a deadly weapon and one count of simple assault. She was issued a $1,000 secured bond for the Rowan County offense and a $1,000 secured bond for the Davie County charges. She has since been released from the Rowan County Detention Center.
In 2004, Porter was convicted of larceny of motor vehicle and breaking and entering. In 2006, she was convicted of larceny and shoplifting, attempting to conceal a shoplifting device, and a year later she was convicted of breaking and entering and felony drug possession. In 2009 and 2012, Porter was convicted of larceny. She was convicted of misdemeanor assault and battery in 2012.