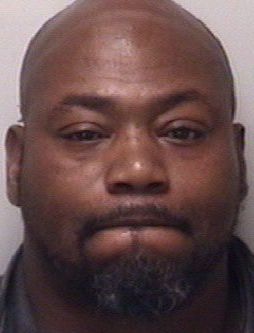 Salisbury Police investigators are asking for the public’s help in locating an East Spencer man they say has left the area while on probation. He has outstanding charges for a break-in that occurred at a local business.
Randy Bernard McBride, 42, whose last known address was 200 Grant St., Apt. 69, East Spencer, is 5 feet, 10 inches tall, weighs 240 pounds and is bald.
Police have charged McBride with four counts of breaking and entering, four counts of felony larceny and three counts of obtaining property by false pretenses. These charges stem from multiple break-ins at Dan’s Trading Company, 1731 S. Main St. in Salisbury.
On Jan. 16, police charged another man, Alvis James Graves Jr., 55, in the break-ins.
Authorities say within a few days, the business was broken into four times — Jan. 6, Jan. 9, Jan. 11 and Jan. 14.
Graves is accused of taking at least 22 air compressors and socket wrenches, a microwave, two power generators and other tools and equipment. Some of the items were pawned at a shop in Davidson County. Investigators suspect Graves gained entry into the building through a garage door. An interior door was locked, but the glass door was broken.
McBride is also wanted on misdemeanor charges of resist, obstruct, or delay an officer from East Spencer, obtaining property by false pretenses by Lexington authorities and the Rowan County probation system for absconding.
He has been convicted of drug possession, breaking and entering and larceny after breaking and entering. He is currently on three years probation for an April 2013 conviction for possession of burglary tools.
Anyone with information on the location of McBride is asked to call the Salisbury Police Department at 704-633-3153 or Crime Stoppers 866-639-5245.

Police officers investigating a traffic accident near Lee and Fisher streets charged a Salisbury man after he began yelling at... read more