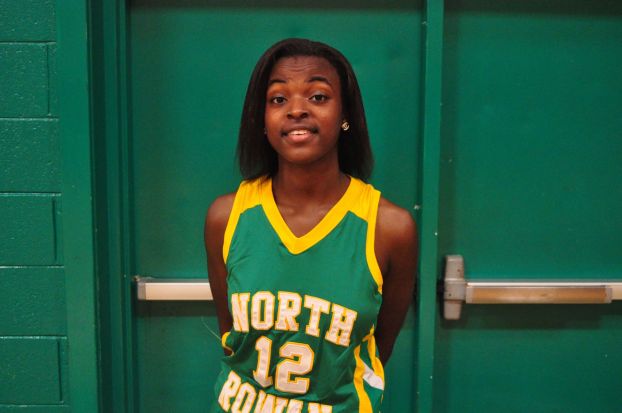 SPENCER — It took all of 12 seconds for North Rowan’s girls basketball team to show West Davidson who was boss Tuesday night.
By the time Ashley Blaire drained a quick 3-pointer from the left side, the host Cavs had already taken control in what became a 69-23 CCC victory.
“I felt we could turn them over and jump on them quickly,” North coach Brian Lytton said. “With our pressure we were able to do that.”
Did they ever. North (14-3, 6-1)scored the game’s first 28 points and built an insurmountable 36-2 first-quarter lead. The rest of the night amounted to a hearty round of batting practice.
“We just played like we normally play,” sophomore Special Washington said. “Except that we played better.”
Each of North’s starters played just 12 minutes — and Washington paced all scorers with 14 points. The 5-foot-7 guard had 11 in the first period, including a 3-ball from the right side that made it 18-0 midway through the quarter. Later she scored on a fastbreak layup and a putback before Lytton made wholesale five-for-five changes.
“It was a great chance for some of our reserves to shine,” Lytton said. “It’s nice to have a game where you get what you want and then you get to watch some other girls.”
Among them was junior Fredejah Royer, who started in place of injured forward Aliyah Farmer and scored a season-high 10 points. “She hasn’t played much,” said Lytton. “But it was good to see her get in there and do such a good job.”
Freshman Brianna White came off the bench and contributed seven points, including a putback layup that gave North a 49-9 halftime lead. She turned the same trick in the third quarter as North went up 65-11.
“Today was a good chance to show that we can play and shoot,” White said. “It didn’t matter who we were playing. A team is just a team. We play everyone the same way.”
Losing coach Jamie Motsinger — a former star player for Ledford — said North’s smothering defense was the story.
“They anticipated our passes and we didn’t adjust,” she said after West (1-17) fell to 0-6 in the league. “As the season progresses, some teams are getting better. They’re one of them.”
W. DAVIDSON (23) — Martin 8, Leonard 6, R.Mast 3, Crisp 2, Yancey 2, Armstrong 2.
NORTH ROWAN (69) — Washington 14, Dixon 12, Robinson 12, Royer 10, White 7, Russell 4, Blaire 3, Mills 2, Lytton 2, Liles 2, Allen 1, Cannon.
W. Davidson 2 7 5 9 — 23
N. Rowan 36 13 16 4 — 69