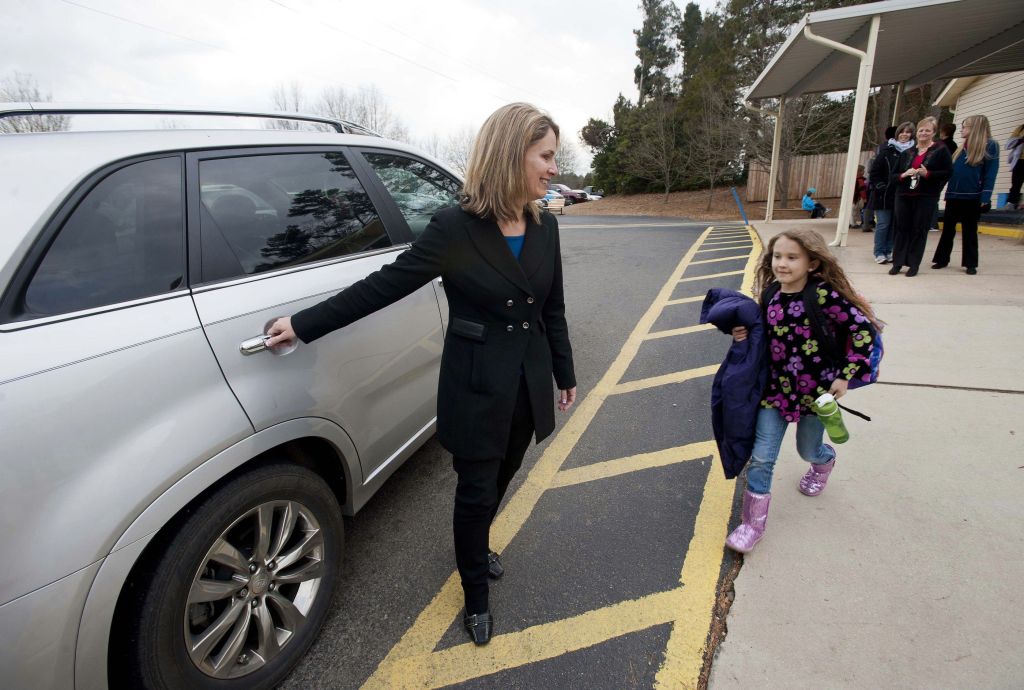 After nearly a year of transition, North Hills Christian School has a new leader. Maria Lowder took over as executive director Jan. 1.

Lowder has been a member of North Hills’ board of directors and chaired the school’s capital campaign, which raised $1.6 million for capital improvements and general operational costs.

When former Headmaster Matt Mitchell announced he was leaving the school a year ago, he advised the board of directors to divide the headmaster role into two separate administrative positions: an executive director and a dean of academics.

The executive director role will handle growth, vision and financial aspects of school management, while the dean of academics will oversee curriculum and other education-oriented issues.

Mitchell asked Lowder to prayerfully consider applying for the executive director position because of her experience leading and managing finances for large organizations.

“The more involved I became, the more my heart was led to leading North Hills,” she said. “It’s an unexposed gem in our community.”

“Efficient and effective is what I have experience in,” Lowder said. “My background is business, leadership, finance, administration and human resources.”

Lowder said she wants to see North Hills be effective and grow, and she believes she can use her strengths of developing, strategizing and implementing vision to do just that.

“There’s an aspect of it that’s like running a business,” she said.

Lowder said the experience is new and exciting.

She has no previous experience working in an academic setting, but she plans to “lean into others” with academic experience, especially Leslie Pullen, dean of academics.

Lowder has been married to her husband, Chad, for 14 years. They have two daughters, Raegan, 6, and Riley, 10. Chad is a general contractor and both daughters attend North Hills Christian School.

Lowder’s family has been actively involved at High Rock Church’s Salisbury West campus since they moved to Salisbury four years ago. Lowder is a member of the church’s finance team and Chad is in the praise band. They also host a small group Bible study in their home.

Lowder is entering her third year on Rowan Helping Ministries’ board of directors, where she is the vice chairwoman.

“She really is a mentor to people,” Rowan Helping Ministries’ Executive Director Kyna Grubb said. She added that Lowder is “very smart” and a “balanced, holistic leader.”

In addition to serving together on the Rowan Helping Ministries’ board, Grubb and Lowder have worked together on North Hills’ board and at Food Lion as well.

Lowder grew up in Americus, Ga. She attended Georgia Southwest University and graduated with her bachelor’s degree in accounting in 1992.

After she graduated from college, she moved to Mount Gilead to work at Mcrae Industries.

In 1995, she moved to Albemarle for an accounting position at Food Lion.

While at Food Lion, Lowder advanced to vice president of associate services in human resources, putting her in charge of payroll and compensation for all of Food Lion’s 74,000 employees.

She moved on to be the vice president of financial planning for Delhaize America, Food Lion’s parent company. Delhaize America manages seven brands from Maine to Florida.

After she left Food Lion and Delhaize America, Lowder said she did some “soul searching.”

I wanted to make sure “God was at the center of my life,” she said.

She decided to start her own certified public accounting firm.

“I came up with the marketing plan,” she said. “Working that marketing plan, I was able to grow the business to have 40-plus monthly business clients in 15 months’ time.”

Lowder has been asked to speak at conferences about her success.

She decided to leave in May and sold the practice to another certified public accountant in Salisbury.