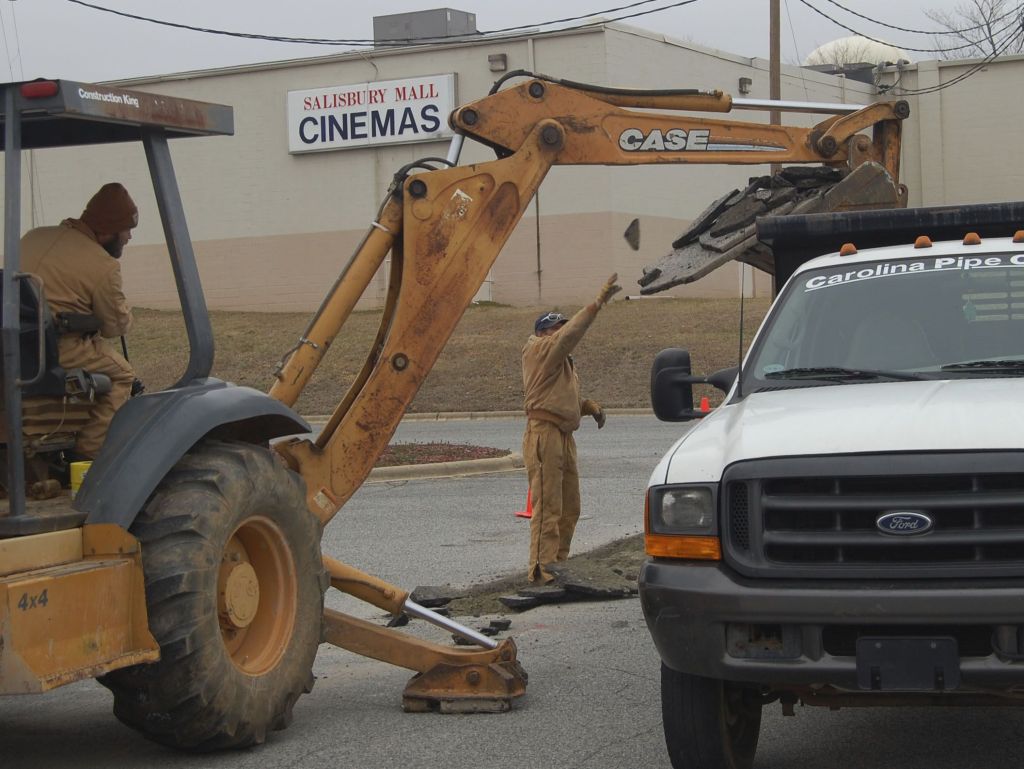 Rowan County is repairing a sewage problem that drove out the former operator of the Salisbury Mall Cinemas.
The county bought the mall — now named West End Plaza — in December for $3.425 million with plans to move some county departments there alongside existing tenants.
But Daniel Kleeburg, who for 10 years had operated the popular theater that showed movies for $2.50 after their first-run presentations, had shut down the business in November. Kleeburg said he’d told the former mall owner about repeated sewage backups into the theater, but got no help.
“People, during the middle of movies, were getting up and walking out because of the smell,” County Manager Gary Page said.
Page said the problem stemmed from a manhole that accessed the sewer line being put in the wrong place. On the east side of the theater — which sits on an outparcel — the manhole was downhill from neighboring commercial parking lots.
Last summer’s heavy rains dumped massive amounts of water from those lots onto the cinema property, and into the manhole — “like a drain in a bathtub,” Page said — causing sewage to back up into the theater.
The county is paying $24,000 to have the manhole moved and the sewer system from the theater rerouted to connect with the main system for West End Plaza, Page said. The money is coming from tenants’ lease payments and was included in a budget county commissioners approved in January.
Crews from Carolina Pipe Cleaning of Rockwell were on the property Tuesday, digging up the parking lot to redirect the waste flowing from the theater.
Page said the repairs had to be made if the county is to attract another theater, or any tenant, to the former cinemas.
“If anybody was interested in leasing that property, you couldn’t let that go on,” he said.
He also said the county is working with two potential new tenants for West End Plaza, a hair salon and small restaurant. Page said he can’t name them yet, but their leases will probably be on the Feb. 17 meeting agenda for county commissioners’ approval.