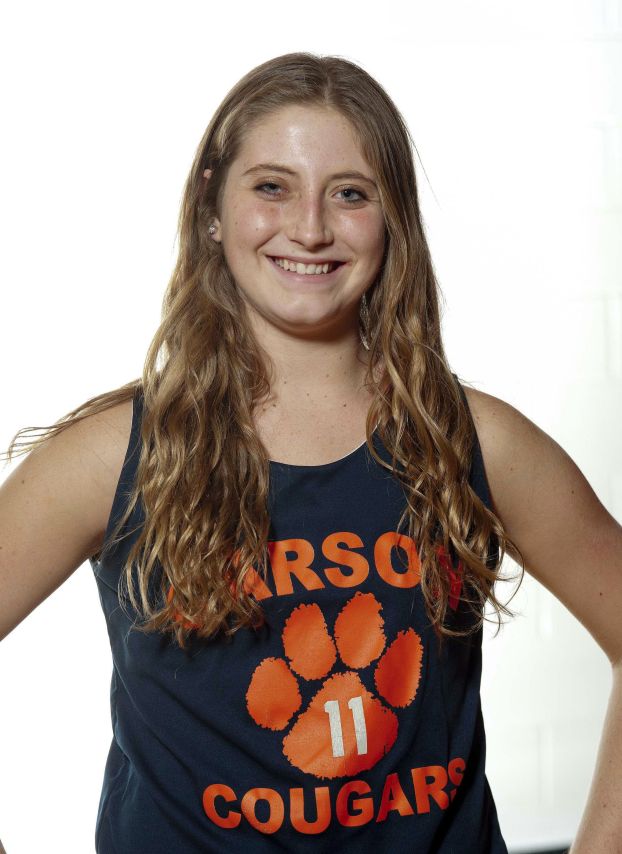 Carson girls break through against Concord

CHINA GROVE — Despite only having five points through three quarters of play Tuesday night, senior Kate Cole stepped up when the Cougars needed her most.
Trailing 35-34 midway through the fourth quarter against Concord, the sharp-shooter found her stroke. She drilled a baseline jumper before nailing a 3-pointer to seal Carson’s comeback 45-35 victory.
“I needed to stop hesitating on my shot,” Cole, who finished with 10 points, said. “We just had to get in our groove and start pulling away. There was no need to have such a close game.”
The Cougars were unable to start pulling away until the final five minutes of the game.
Carson scored the final 11 points of the game — five by Cole, four by Megan Gray and two by Sydney Huffman — to finally shake the Spiders.
“It was not pretty, but it was a win,” Carson coach Brooke Misenheimer said. “At this point in the season, it’s about finding ways to win.”
On Tuesday, defensive intensity proved to be the difference.
After surrendering 25 first-half points in a lackluster effort, the Cougars dialed up the pressure and held Concord to just 10 total points after the break.
“We should have never given up 25 points in the first half so we challenged the girls at halftime to pick up the intensity,” Misenheimer added. “And they did a great job.
“When our defense is solid and on point, the rest of our game seems to flow.”