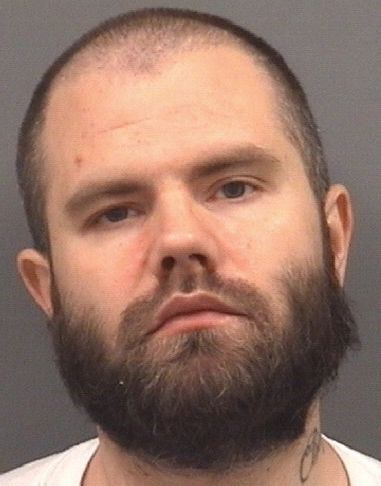 UPDATE: The Rowan County Sheriff’s Department has developed a suspect in the robbery of Steve’s Corner Store in China Grove.
Harry Alex Butler is wanted on charges of robbery with a dangerous weapon. His last known address was the homeless shelter in Salisbury.
Butler is already wanted for a probation violation. Butler is believed to be in the China Grove or Kannapolis area, and has been added to the Rowan County Sheriff’s Most Wanted List. Anyone with information concerning this case is asked to contact Detective Billy Basinger 704-216-8682 or Lt. Chad Moose 704-216-8687. Citizens can also contact Crime Stoppers at 1-866-639-5245.

CHINA GROVE — Law enforcement officers are looking for a man who robbed a China Grove convenience store and left on foot late Tuesday, taking cash from the register with him, a report said.
The Rowan County Sheriff’s Office received a call from a clerk at Steve’s Corner Store No. 3 at 4195 Lentz Road. The clerk told the officer the store had been robbed by a man who she believed had a handgun inside his coat pocket.
The robbery took place at 7:12 p.m. The clerk recognized the man as someone who’d been in the store before.
She told investigators the man approached the store from the Old Beatty Ford Road area. He walked into the store and spoke to other customers. She overheard the man tell other customers he’d broken down on Old Beatty Ford Road and was waiting for someone to pick him up.
After all of the customers left, the man walked up to the counter and asked for a pack of cigarettes. With his hand stuck in his coat pocket, the man then demanded money.
He grabbed for the money in the register and demanded the rest. The clerk told the man there was no more money. The man reached farther into the register, grabbed more money and left. The clerk called 911 and the store owner after the robber left.
The man is described as between 5 feet, 6 inches and 5 feet, 7 inches tall. He was wearing a blue coat with a hood and baggy blue jeans. He left the store on foot headed toward Old Beatty Ford Road. A police dog was called to search the area. No arrest has been made.
Anyone with information is asked to contact the Rowan County Sheriff’s Office at 704-216-8700 or Crime Stoppers at 866-639-5245.