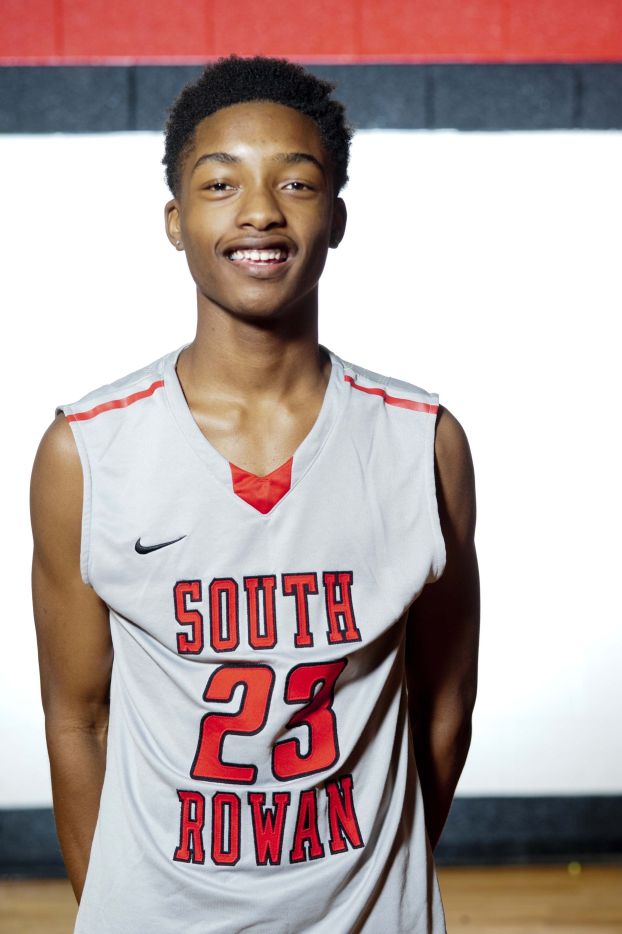 CONCORD — South Rowan head coach Bryan Withers may have found a new mantra for his squad — “just want it.”
The Raiders played with a whole lot of “want” Monday night against a dangerous Cox Mill team, giving the second-place Chargers all they wanted and then some.
South just came up empty, falling 69-61 in Concord despite one of its best performances of the season.
“We fought again,” Withers said. “And as physical as this game was, we usually back up from those kinds of games. But I thought we stood right in there and threw punch-for-punch with a great team.
“We had our chances, but missed free throws, missed layups and defensive miscues at the wrong times cost you,” he added.
While the SPC crown is out of reach with Concord running away with the league title, Withers wants to see his team play with energy and desire on the court.
“I really think this was the most energized we’ve played,” he explained. “I really think these guys wanted something. They came in wanting it.
“That’s how we have to finish the season — just want it. Let everything else fall where it may, but you keep playing hard and win a few and then look at the standings again.”
South went toe-to-toe with one of the big dogs Monday and hung tough for four quarters.
After Matt Morgan drilled a 3-pointer, Chandler Probert hit a jumper to give the Chargers a 15-9 lead in the first.
But South answered immediately. Shawn Spry converted a three-point play and Tyler Rary hit a pair of free throws to trim the deficit to 15-14 after one.
Cox Mill then pushed its advantage out to eight (25-17) only to see the Raiders storm back again, cutting it down to five on a Spry teardrop trey.
The Chargers only led 36-29 at the break.
Cox Mill opened the second half strong and threatened to pull away, grabbing a 10-point lead at 40-30. The advantage hit 14 on a fast-break bucket midway through the third.
But South hung around and scored 10 of the first 14 points of the fourth quarter to claw back to within three (55-52) on a Qwan Rhyne and-1.
The Chargers took advantage of the free throw line to seal the win, knocking down 10-of-12 shots from the stripe in the final 4:29 to hold off South for the win.
“These guys fought back and I couldn’t be prouder of how hard they’re playing right now,” Withers said. “I don’t think we’re always playing smart, but I am happy that the guys are playing hard again.”
Rhyne and Spry led the charge with 17 and 16 points, respectively, while T’Vadis Graham-Wesley added 12 points and a handful of emphatic leaping blocks.
The Raiders fell to 8-12 on the year and 4-8 in the SPC with the loss, but can move up the standings with a trip to Central Cabarrus on the schedule tonight before hosting Hickory Ridge Friday.
“They should want to come back tonight to get this taste out of their mouth,” Withers added.