What’s really behind rise in ‘unaffiliated’? 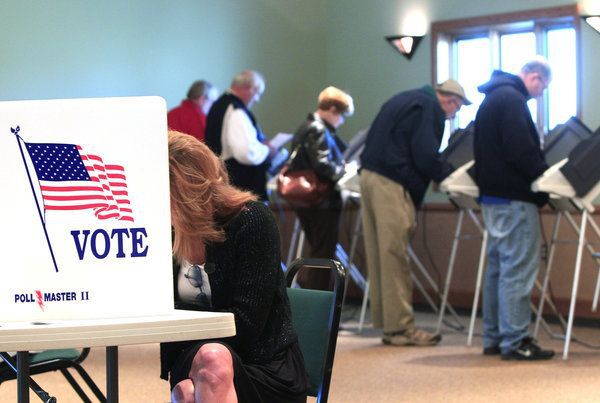 Residents in Rowan County should be proud; we’re ahead of the curve. I didn’t realize this until I read an editorial in the Salisbury Post titled “A changing electorate.” Although I disagreed with the conclusion reached in the editorial, it provided some fascinating statistics that bear repeating.
There are now more people registered to vote in Rowan County than there were in 2008; but there are fewer registered Democrats and fewer registered Republicans. It turns out that more people are registering “unaffiliated.” This isn’t breaking news; the trend has been discussed often in the news, since it’s occurring both statewide and nationwide.
What’s fueling this trend, though, is where they always get it wrong. They claim that people are registering unaffiliated because the two parties have become too polarized and too extreme. Republicans are too conservative and Democrats are too liberal; so people are choosing “none of the above” instead. So, naturally, politicians are being advised: Be more “moderate.” Broaden your appeal; reach across party lines and out to different groups.
However, this theory has serious flaws. For starters, it assumes that unaffiliated voters are better informed. After all, picking “none of the above” is like saying “I’m independent, I see the good and bad in both parties, I’m above it all, I’m educated and open-minded.”
But think about it; the more time citizens spend studying the issues, the more likely it is that they’ll turn out on Election Day and vote. Otherwise, why spend all that time studying? Yet polling data shows a lower percentage of unaffiliated voters actually vote than either Democrats or Republicans. They’re less engaged, suggesting they’re less (not more) informed than affiliated voters.
Here’s another problem. In Rowan County, the Republican Party has lost 82 registered voters since 2008; but the Democrats have lost a whopping 2,735. Statewide, North Carolina Democrats have lost almost 10 times as many registered voters as Republicans. That’s a huge gap, but here in Rowan County, the gap is astronomical.
So here’s a more plausible explanation. The rise in unaffiliated voters, mostly former Democrats, is because these people sense that something’s very wrong with what’s being reported in the media. Whether it’s ABC News or the New York Times, PBS News Hour or NPR, CNN or AP or Comedy Central or the Washington Post, their bias against Republicans and their love affair with Democrats is making them erratic, phony and almost looney-tune at times.
And it’s starting to back-fire. It’s not just Obamacare or the constant demand for “emergency” unemployment benefits in the midst of Obama’s “robust and surging” economy; it’s everything else as well. No one cares about income inequality if they’re looking for a job; only if they’re demanding handouts. The media hype over racism usually turns out to be mere rudeness — as if whites are never rude to each other. The Moral Monday crowd isn’t demanding equality; it’s demanding special treatment for black liberals (they despise and fear black conservatives) and claiming that minorities lack what it takes to stand in line to vote or obtain an ID card sounds suspiciously like social Darwinism to many people.
In reporting the outbreak of mass shootings over the last few years, guns are always blamed; but the media never discusses (or even admits) the fact that these killers are usually college students. They’ve changed the definition of “choice,” which used to mean that young men chose to get a job and become financially stable before marrying a woman, settling down and then having babies. Today, “choice” only refers to whether the baby lives or not.
Here’s the bottom line. The media wants Republicans to become more moderate (meaning more like Democrats), knowing this will cause Republicans to lose elections. And that’s what all this is about: the Democrats’ fear of losing.
So we can pat ourselves on the back. In a county the size of Rowan, 2,735 Democrats abandoning their party is phenomenal. Yes, these people are still mostly uninformed, “low-information” voters, so there’s still a lot of work to do. But whatever we’re doing is working, and the rest of the country could learn a thing or two from us.
Steve Pender lives in Rockwell.
“My Turn” submissions should be between 500 and 700 words. Send to cverner@salisburypost.com with “My Turn” in the subject line. Include name, address, phone number and a digital photo of yourself if possible.