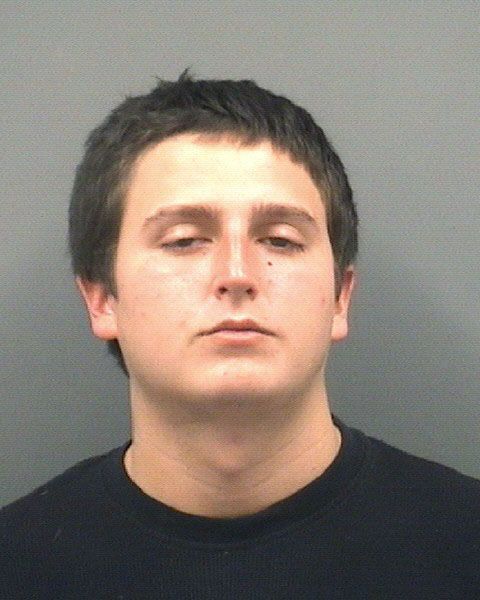 Authorities say a Salisbury man broke into a local barbecue restaurant and took cases of bacon. The man told police another man helped him over a fenced-in storage building and left him there.
Salisbury Police charged Gaige Lee Joynner, 21, of the 100 block of West Corriher Street, with felony breaking and entering and misdemeanor first-degree trespassing. Police say he took the pork from the West Innes Street Hendrix Barbecue Friday night. He was later charged for his involvement in another incident Sunday night. Police charged Joyner with felony breaking and entering a motor vehicle and misdemeanor injury to personal property in that case.
In the bacon theft, police say, according to Joyner, he and another man went to the restaurant around 10:19 p.m. The restaurant’s alarm went off and a man was seen throwing boxes over a locked fence.
The man was later identified as Gaige Joyner. Police said he asked an officer if they could get him out. He told them another man helped him over the locked fence and then left him. He could not get out on his own. Police waited for someone with the restaurant to open the fence. There were boxes of bacon, valued at $600, lying on the ground near Joyner, a report said. The man Joyner says helped him has not been identified and an arrest has not been made.
In the Sunday incident, police went to the corner of Lee and Fisher streets after a woman told them her car had been broken into while it was parked near Salty Caper on South Lee Street. The vehicle had been ransacked, including the glove box, sometime between 9:30 p.m. and 10 p.m. Someone recognized Joyner and saw him in the area, said Police Capt. Shelia Lingle.
The victim told police there were checks missing from her car. The anti-theft system and steering wheel were damaged, Lingle said.
Joyner remains in the Rowan County Detention Center under a $2,500 secured bond.