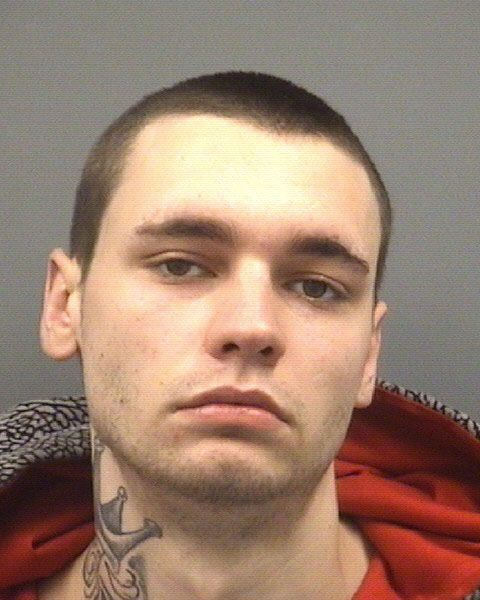 Authorities say a China Grove teen is responsible for two home break-ins at Shue Road and a rental home on his own street. Officers found some of the stolen items at his home.
The Rowan County Sheriff’s Office charged Michael Todd Foster Jr., 19, of the 100 block of Haven Trail, with three counts breaking and entering, two counts first-degree burglary, one count possession of burglary tools, two counts larceny, and possession with intent to manufacture, sell and deliver a controlled substance, all of which are felonies.
Deputies responded Saturday to two break-ins next door to each other in the 1200 block of Shue Road. In one incident, investigators say the thief went into the home during the night by forcing a door open. The items taken included jewelry, a South Rowan High class ring from 1991 and a chainsaw from an outbuilding. At the second Shue Road property, several outbuildings were broken into and numerous tools were taken. A firearm was also taken in that incident.
On Sunday, investigators responded to the 300 block of Haven Trail where three air conditioning units were taken from a rental property. Deputies received information that the suspect was possibly living along the same street. The deputy knocked on the door of the suspect’s home, later identified as Michael Foster, but no one immediately came to the door.
The deputy walked to the back of the house and saw two air conditioning units in an open shed matching those that were taken. Another air conditioner had been taken apart and was in the backyard.
Foster eventually came to the door and allowed the deputy to search his home. While inside Foster’s home, the deputy found a chainsaw in a back bedroom and a small jewelry box that contained a class ring. The officer searched Foster and found 18 Klonipin pills inside his pant’s pocket.
Officials say other suspects have been identified but no immediate arrests have been made.
Foster remains in the Rowan County Detention Center under a $30,000 secured bond.