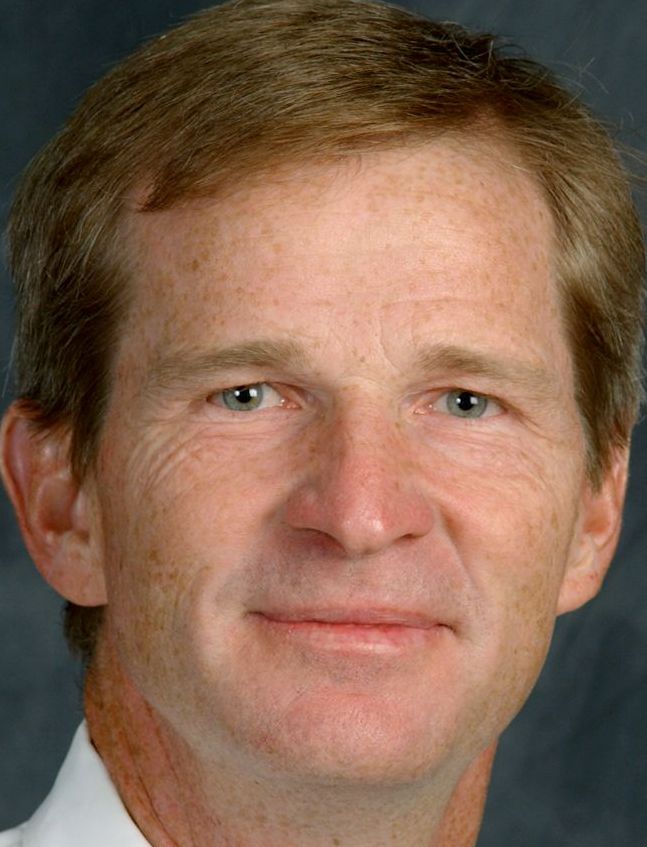 SALISBURY — The board of the Novant Health Foundation Rowan Medical Center has elected Carl Repsher to serve as chairman.
Repsher is the president of Rowan Vocational Opportunities Inc. and a retired business executive. He has served as chairman of the Salisbury Planning Board and president of the Rotary Club.
Mark Perry was elected to serve as vice chair, and Libby Gish was elected to serve as secretary and treasurer.
The Foundation Board also welcomes new members Matt Barr, president of Carolina Color Corp.; Dr. Wayne Cline Jr., physician at Salisbury Urological Associates; community leader Mary Goodman; William M. Graham, attorney at law; and community leader Diane Scott.
The following individuals have completed their terms and are stepping down from the foundation board: Sara Cook, James M. Freeman, Michael T. Miller and Patsy Reynolds.
Other Board members include Dr. Chris Agner, Dr. Hatel Petal-Amin, Alice Brady, Dari Caldwell, Seamus Donaldson, Dr. Joel Goodwin, Perry Hood, Nancy Linn, Dr. Mike Morton, Andy Porter, D. Kenan Smith, Richard Smith and Trudy Thompson.
Ex-officio members are Dotty Clement, Cora Greene, Dr. James A. Murphy Jr. and Mary S. Ponds.
The Novant Health Foundation Rowan Medical Center is nonprofit organization existing to support continuing excellence in healthcare at Novant Health Rowan Medical Center and better health for the people of Salisbury and Rowan County. To learn more, visit www.novanthealth.org/rowan or call 704-210-6880.
SALISBURY — Orthopedic surgeon Dr. James “Chip” Comadoll of Novant Health Pinnacle Orthopedics was recently invited to conduct seminars in Denver and Baltimore.
Comadoll specializes in joint replacement surgeries and is the director of robotic surgery at Novant Health Rowan Medical Center. At each session, Comadoll instructed fellow orthopedic surgeons on anterior hip replacement surgery with and without robotic technology.
Anterior hip replacement is performed on patients with a variety of hip arthritic conditions. The procedure provides direct access to the hip’s ball-and-socket joint through the front of the hip causing less damage to the surrounding muscle than traditional hip replacement methods.
Less pain, improved activity, shorter hospital stays and quicker recovery are benefits.
Comadoll performs anterior hip replacements at Novant Rowan using robotic technology. Robotics allows a precise alignment of the new implant, which reduces long-term wear and increases the surgery’s success. Novant Rowan is one of only a few hospitals in the state to use orthopedic robotics for hip and knee replacements, and Comadoll is the only surgeon at Novant Rowan to use robotics to perform anterior hip replacement. Surgeons from around the country attended Comadoll’s course to learn from him and perform an anterior hip replacement under his supervision. The surgeons were also invited to visit Novant Health Rowan Medical Center to watch Comadoll personally perform the surgery in order to gain more insight on the benefits of this procedure and the merits of robotic technology.
Comfort Keepers will hold a community Coffee Perks meeting at 10 a.m. Feb. 6, at Bethpage Presbyterian Church in Kannapolis.  This month’s topic will be eliminating clutter and managing your time more effectively to avoid unnecessary stress in your life.
Lori Fike, director of Chaos to Calm, will be the speaker and will offer ideas on ridding clutter and bringing calmness to your life.
Refreshments will be served. RSVP by calling 704-630-0370 or Ann Measmer at 704-640-5152.
Comfort Keepers also was honored as the No. 1 franchise within the senior care category as well as No. 59 among the top 500 franchises in Entrepreneur Magazine’s Annual Franchise 500 rankings for 2014.
“This kind of recognition among all franchises, nationally, is rare,” Lori Eberly, owner of four area Comfort Keepers franchises, including Salisbury and Concord, said. “Ultimately, it is what we do each and every day that matters most: we help seniors to live independently within the comfort of their own homes.”
Eberly has owned and operated the local Comfort Keepers franchises since 2001 and employees approximately 250 people.
For more information about Comfort Keepers, visit  www.comfortkeepers.com or call 877-898-0060.
Ruth Kinzey, president of The Kinzey Company, is one of 20 communicators tapped globally for the International Association of Business Communicators’ Advisory Panel to provide input on the organization’s content and format of their professional e-magazine and e-bulletin, CW; digital delivery methods to their worldwide membership; identification of global communication trends and issues; and membership communication strategy.
The appointment is for one year.
Kinzey’s reputation management firm is headquartered in Salisbury. She also has written two books and is a professional speaker. She is teaching an online, master’s degree class she developed for Rutgers University, Strategic Reputation Management.
Bayada Home Health Care in Salisbury recently presented four employees with the Heroes on the Home Front award.
Bayada honors employees who have met or exceeded the core values of compassion, excellence and reliability.
Those recognized are Linda Rule, home health aide; nurse Alicia Wyatt; and Crystal Trendel, home health aide.
Anson Castelvecchi, a nurse, was honored as a “Local and Divisional Hero.”
Bayada, which provides nursing and assistive care services, can be reached at 704-797-8000.

Steve Willett of Eagle Financial will talk about new loan programs he has available as well as provide information regarding the new Dodd-Frank legislation when the Rowan Real Estate Investors and Associates meet Tuesday, Feb. 4. The scheduled meeting this past week was postponed.
The group meets at China Buffet in Salisbury at 7 p.m. on the fourth Tuesday of each month. China Buffet is on Arlington Street behind O’Charleys near Interstate 85 exit 76.
Call 704-762-1117 for more information.
Park Sterling Corp.’s fourth-quarter net income was up 140 percent and profit was up $4 million, or 9 cents per share. That’s up from a $1.3 million profit, or 3 cents per share, in the same period a year ago.
For 2013, Park Sterling’s net income jumped 248 percent to $15 million, compared with $4.3 million in 2012.
The results were driven by Park Sterling’s acquisition of Gastonia-based Citizens South Bank in late 2012. Last year was the first full year of income tied to the larger combined bank.
Park Sterling Corp. CEO Jim Cherry told analysts Thursday that he expects Park Sterling to be active in the mergers and acquisitions market in 2014.
Rowan Animal Clinic received a 2014 Hospital Design Competition Merit Award in the 49th annual Veterinary Economics Hospital Design Competition.
Dr. R.B. Lowe owns the 8,890-square-foot animal hospital at 4155 Statesville Blvd.
Judges chose Mueller Pet Medical Center in Sacramento, Calif., as the Hospital of the Year and awarded 10 other Merit Awards nationwide.
Judges evaluate competition entries for items such as site plan, mechanical features, outpatient areas and quality of finish materials.
Rowan Animal Clinic will be featured in the Hospital Design Supplement delivered with the June 2014 issue of Veterinary Economics, which reaches 58,000 practicing veterinarians in the United States and Canada.
RALEIGH — VantageSouth Bancshares Inc. and Yadkin Financial Corp. have merged.
The combination will create the largest community bank headquartered in North Carolina with approximately $4 billion in assets and significant distribution and scale across the state, according to a press release.
In the merger, VantageSouth Bancshares shareholders will receive 0.3125 shares of Yadkin Financial Corp. common stock for each share of VantageSouth Bancshares common stock. At the effective date, the transaction would be valued at approximately $299 million, based on the closing price of Yadkin Financial Corp. common stock on Jan. 24.
Joe Towell is president and CEO of Yadkin Financial Corp. Scott Custer is VantageSouth Bancshares’ president and CEO.
The merger is expected to generate about $10 million in fully phased-in annual cost savings. In the merger, Yadkin Financial Corp. will be the legal acquirer and VantageSouth Bancshares will be the accounting acquirer.
The combined company will be governed by a 14 person board of directors consisting of an equal number of VantageSouth and Yadkin directors. Towell will become executive chairman of the new company, serving as chairman of the board as well as a senior executive in the company.
Custer will become president and CEO of the combined company and continue his service as a director. The other members of the executive management team include Terry Earley, Mark DeMarcus, Steve Jones and Ed Shuford.
The name of the holding company will be Yadkin Financial Corp. and will be headquartered in Raleigh, with banking operations in Statesville.
The transaction is expected to close this spring.
NEW HOLLAND, Pa. — Year-end 2013 financial numbers for Superior Walls of America show a 19 percent growth for the company over 2012. The precast concrete manufacturer has a plant in Salisbury.
“The housing market recovery accounts for about 70 percent of the growth increase for our company this past year,” Keith Weller, CFO of Superior Walls of America, said.
He said the South and Midwest regions of the country brought the strongest sales growth to the company.
For more information visit www.superiorwalls.com.
Jessica Gaskill, marketing specialist at Rowan Works Economic Development, was one of five award recipients recognized by Friends Underwriting Economic Development (FUED), a regional networking group.
The five got scholarships totaling $4,245 to help them offset costs associated with attending professional development classes. The is the fifth year that the group has awarded scholarships, which were presented during the Charlotte Regional Partnership’s Board of Directors meeting at the Gateway Conference Center in Richburg, S.C.
“FUED’s support of economic development initiatives is crucial to the 16-county Charlotte region,” said Charlotte Regional Partnership President and CEO Ronnie Bryant. “The scholarships enable these professionals to further develop their skills and in the process work more effectively with clients to bring jobs and investment to our region.”
FUED works with the Charlotte Regional Partnership on an annual golf outing that’s used as the major source of scholarship funding. The Partnership, a nonprofit, public/private economic development organization, positions and markets the 16-county, two-state area to be globally competitive, resulting in increased job creation and investment opportunities that expand the state and local tax base.
The other 2014 scholarship recipients are: Elaine J. McKinney, director of business expansion, retention and grants, Lancaster County Economic Development Corp.; Stuart P. Hair, manager of existing industry relations, Cleveland County Economic Development Partnership; Michael E. McNally, director of existing industry services, Catawba County Economic Development Corp.; and Uconda R. Dunn, existing industry specialist, North Carolina Department of Commerce.
“FUED supports the efforts of the economic developers because we understand the contributions they make in creating jobs and revenue and in sustaining businesses,” said FUED founder Susan McDade, a broker and realtor with Wilkinson & Associates Real Estate who was on the scholarship selection committee. “When they are successful, we all benefit from their efforts. This is our way of contributing to their success.”
FUED, a group of Realtors, property developers, accountants, attorneys, bankers and other professionals from around the region, meet the second Tuesdays of most months.
The Charlotte Regional Partnership 16-county region encompasses Alexander, Anson, Cabarrus, Catawba, Cleveland, Gaston, Iredell, Lincoln, Mecklenburg, Rowan, Stanly and Union counties in North Carolina and Chester, Chesterfield, Lancaster and York counties in South Carolina.
Submit information about new businesses, honors and management promotions to bizbriefs@salisburypost.com. Include a daytime phone number.