Meg Wolitzer will be featured author at Catawba 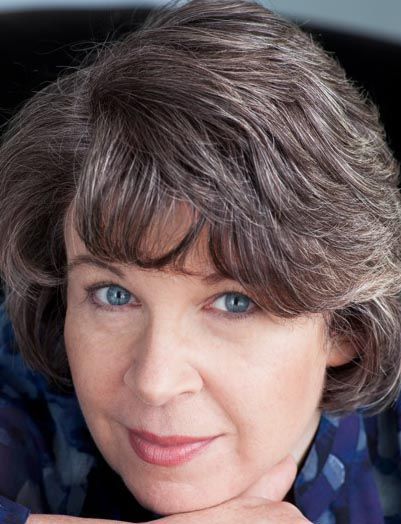 Bestselling author Meg Wolitzer will be the speaker at Catawba College’s 28th annual Brady Author’s Symposium on Thursday, March 6, in the Robertson College-Community Center.
Her novels include her latest, “The Interestings” (2013), along with “The Uncoupling” (2011), “The Ten-Year Nap” (2008), “The Position” (2005) and “The Wife” (2003). She is also the author of two novels for young readers, “Caribou” (1985) and “The Fingertips of Duncan Dorfman” (2011). Her short fiction has appeared in “The Best American Short Stories” and The Pushcart Prize. She has co-authored, with Jesse Green, a book of cryptic crosswords: “Nutcrackers: Devilishly Addictive Mind Twisters for the Insatiably Verbivorous” (1991).
According to an April 19, 2013, N.Y. Times Sunday Book Review by Liesl Schillinger, “The Interestings is warm, all-American and acutely perceptive about the feelings and motivations of its characters, male and female, young and old, gay and straight; but it is also stealthily, unassumingly and undeniably a novel of ideas.” This novel that tracks the lives and interactions of a small group of friends who meet at summer camp in 1974 and dub themselves “The Interestings,” Schillinger contends, “speaks as directly to men as to women.”
Wolitzer studied creative writing at Smith College and graduated from Brown University in 1981. Her first novel, “Sleepwalking,” a story of three college girls obsessed with poetry and death, was written while she was an undergraduate and published in 1982.
She has taught creative writing at the University of Iowa’s Writers’ Workshop and Skidmore College and has written several screenplays. Two films have been produced based on her work, “This is My Life,” and the TV movie, “Surrender, Dorothy,” starring Diane Keaton.
The daughter of novelist Hilma Wolitzer, 54-year-old Meg Wolitzer lives in Manhattan with husband Richard Panek, a science writer, and their two college-age sons.
Authors who have spoken at previous Brady Author’s Symposia include Reynolds Price, Doris Betts, Lee Smith, Kay Gibbons, Fred Chappell, Robert Inman, Jan Karon, John Berendt, Pat Conroy, Terry Kay, Gail Godwin, Ann Hood, Tim McLaurin, Frances Mayes, Rick Bragg, Susan Vreeland, Jodi Picoult, Gish Jen, Joanne Harris, Chris Bohjalian, Elizabeth Berg, Colum McCann, Jane Hamilton and Sena Jeter Naslund.
Tickets for the symposium are available through the Catawba College Public Relations Office at 704-637-4393. Symposium events include an 11 a.m. lecture, $20; a seated luncheon at 12:15 p.m.,to be catered by Buttercup Café of Denton, $20 (luncheon reservations are limited and will be taken in the order in which they are received); book signing (free), and an exclusive writing question and answer session at 2 p.m., $10.