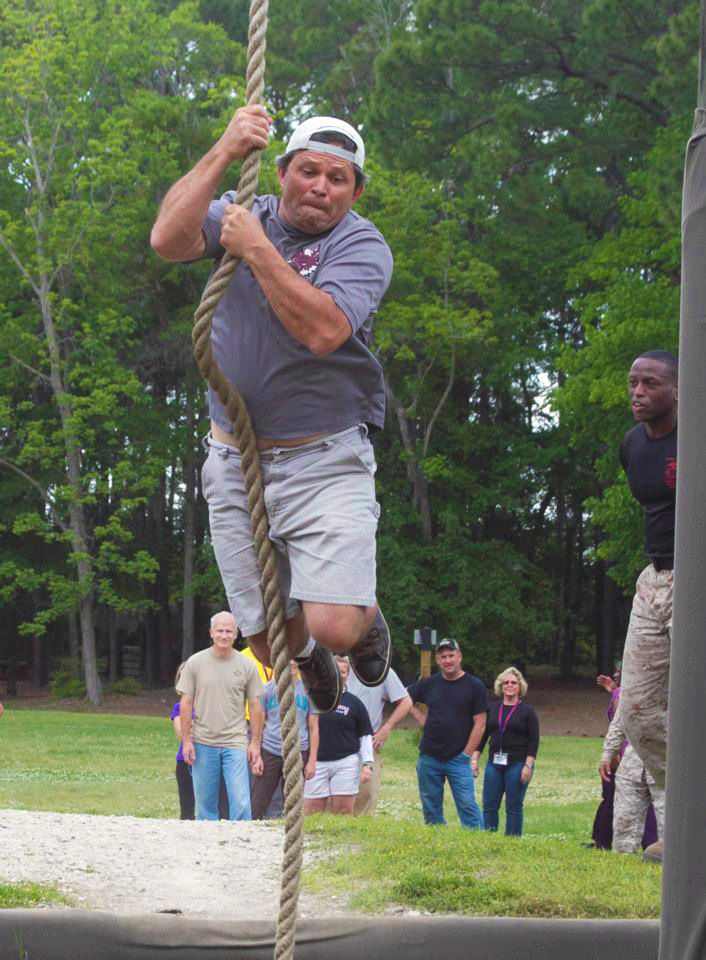 The U.S. Marine Corps is shipping educators from across North Carolina off to boot camp this spring.
Gunner Sgt. Raul Munoz said the Marine Corps wanted to let educators, particularly those who work with high school students, to see what recruits go through, so they designed an educators’ workshop.
The four-day, three-night all-expense paid trip to Parris Island, S.C., is designed for principals, guidance counselors, superintendents, teachers, athletic directors, band directors and other high school and college educators.
He said the Marines get a majority of their recruits from high school graduates.
During the 2013 fiscal year, 22 recent high school graduates were recruited from Rowan County.
Munoz hopes that when educators see the transformation from “kid to Marine,” the Marine Corps will gain “support in high schools.”
The workshop gives educators insight into the process of becoming a Marine.
The schedule loosely reflects that of a recruit’s schedule.
The first evening educators have dinner with the commanding officer in Raleigh, and then head to Parris Island via bus the next morning.
When they arrive, educators are received like recruits.
As soon as they get off the bus, “they start getting screamed at,” Munoz said.
Instructors take them to the yellow footprints where recruits stand before entering boot camp and tell them the same things they tell recruits.
During the workshop, educators go to different stations to observe recruits training and to take part in certain training activities as well.
“Educators will be walking around, watching them do the training,” Munoz said.
“It’s a lot of hands-on,” he added.
Educators get to complete several obstacle courses, rappel, shoot an M-16 and meet North Carolina recruits in the chow hall.
At the end of the week, they will get to observe a Marine graduation.
The March 11 through 14 workshop includes hotel, transportation and food.
Interested educators should contact Sgt. Dwight Henderson at 919-874-2169 or email him at dwight.henderson@marines.usmc.mil.