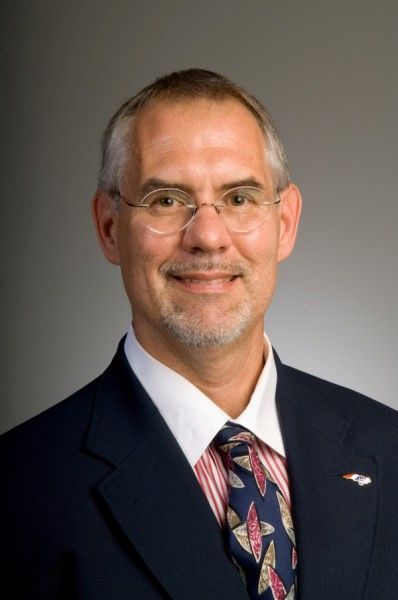 Like most people, my grandparents struggled during the Great Depression of the 1930s. My maternal grandfather lost his life’s savings in a failed bank. Because he was a widower, his extended family wanted to take his children — including my mother — and raise them. He refused. My paternal grandfather constantly moved between part-time jobs, all the while trying to keep his small farm afloat.
The unemployment compensation system was developed to help people like my grandfathers who — through no fault of their own — faced tough times when the economy went into a tailspin. The system is really a form of insurance.
Employers pay money into a fund during good economic times (however, economists have determined workers effectively pay the fee by receiving slightly lower wages). Then, during a bad economy when unemployment rises, jobless workers receive payments from the fund to replace some of their lost wages.

The unemployment compensation system has been around since the mid-1930s, but it has recently become a source of debate in Washington, as well as in North Carolina. The system was really designed to help workers who became temporarily unemployed — who would be called back to work when the economy improved. But many people today have remained unemployed for months — and some for years. The percentage of the unemployed who have been without work for more than half a year — called the “long-term unemployed” — has remained stubbornly high, at more than one-third.
This has created a problem for states like North Carolina that depleted the state’s unemployment compensation fund and had to borrow money from the federal government to keep the program going. It’s also generated questions about the impacts of the unemployment compensation system.
Certainly, unemployment compensation payments help jobless workers by providing funds to meet daily living expenses. The payments aren’t lavish — averaging no more than half a worker’s previous salary but with a maximum cap. Yet one of the hotly debated questions is whether receiving unemployment payments discourages a jobless worker from seeking a new job, thus contributing to higher unemployment.

There are opinions on both sides of this issue. However, this question is a good example of how economic research can be helpful. Economists have techniques and methods that can isolate the impact of one factor (here, unemployment compensation) on another (job seeking). For example, in the case of job search, it’s important to account for all the other determining factors — particularly those measuring the condition and prospects in the labor market — before making a link between jobless benefits and job-seeking activity.
Fortunately, the evidence from economic studies is consistent and clear: Payments from the unemployment compensation program to jobless workers decrease their job-seeking activity, but only slightly. Using information from unemployment created by the Great Recession, one study found the extension of unemployment benefits increased the duration of unemployment by only 7 percent. Another study found an increase in jobless benefits only temporarily reduced search activity – for about one week.
Yet other studies have found a link between unemployment benefits and the unemployment rate, suggesting that the extending benefits during the recent recession may have increased the jobless rate by between 0.5 and 1.5 percentage points. But how could this happen if there’s been little reduction in job search efforts by unemployed workers?
An answer may be provided in a fresh study released at the end of 2013. The authors argue the existence of jobless benefits could mean potential employers have to offer slightly higher salaries in order to attract workers. In economics, increasing the price of something (workers, in this case) tends to reduce its use. So the modest bump-up in salary would cause employers to hire fewer employees and would mean an increase in the unemployment rate.

This is the theory; however, the authors of the study found empirical support for it. We’ll need to see if other studies confirm this finding. If they do, it suggests that unemployment compensation payments don’t increase unemployment by reducing searching by jobless workers, but instead by increasing the salary that must be paid to jobless workers to attract them.
Regardless of what study is accurate or not, with so many folks still being jobless for long periods of time, we may want to rethink our way of helping them. Thirty years ago, one of my colleagues suggested a possible reform: eliminating the monthly jobless benefits in favor of a large, one-time payment to unemployed workers to be used for re-training or relocation. Such a payment would be several thousands of dollars, and it would require a revision of how jobless benefits are financed. But it could be the best long-term solution.
It is in our best interests to see unemployed individuals back to work in long-lasting and productive jobs. You decide what the best way is to accomplish this goal.

Taking life’s showers as they come