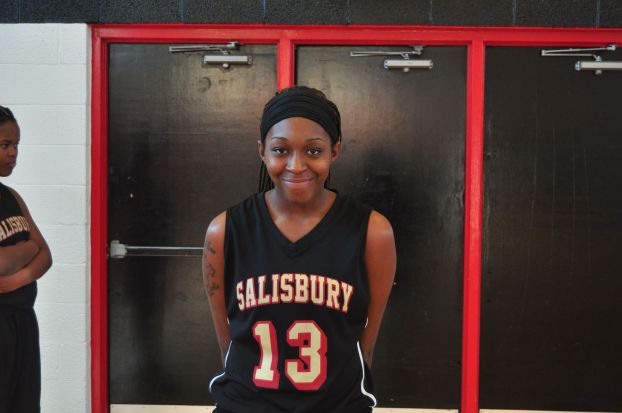 THOMASVILLE — East Davidson did its best UConn women’s impersonation Friday night.
While the Golden Eagles won’t be winning any national championships anytime soon, they did look unstoppable against Salisbury, rolling to a 73-29 victory on their home court to stay unbeaten in the Central Carolina Conference.
“Playing against a team like East Davidson, you have to practice,” Hornet head coach Lakai Brice said. “Our last practice was Monday, and then to come to play against a team that is well put together and has chemistry…it hurt us. I don’t want to make excuses because they executed very well.”
After inclement weather threw off practice and game schedules all week, the Hornets came out Friday without their “legs under them,” and it showed.
Jennifer Welborn scored three seconds into the game on the opening tip for East.
Breya Philpot answered with a layup 15 seconds into the game to tie things up at 2.
Then the proverbial wheels fell off and things got out of hand in a hurry.
The Golden Eagles scored the next 29 points to snag a 31-2 lead in a blink of any eye.
Monifa Angle ended a nearly nine-minute scoring drought with a jumper early in the second, but East took a commanding 44-11 lead into the locker room.
“We had some shots in the first quarter, but they just didn’t fall,” Brice said. “I told them at halftime that we couldn’t make excuses — they wanted to go to that we didn’t practice.
“You have to come out here and play with effort and everything else will take care of itself,” she continued. “So we tried to go into the second half with the game 0-0 and just go out there and play with effort and see what happens.”
It worked.
Katy Wolfe drilled a 3-pointer 10 seconds in as East was held scoreless for the opening three minutes.
Salisbury looked like a different squad coming out of the break, diving for loose balls and fighting for rebounds in a low-scoring 9-6 frame favoring the Eagles.
But East regained its form in the fourth, pouring in 20 points to run away with the victory.
“I think they showed a lot in the second half,” Brice said. “We’ve come a long way and they’ve taken baby steps.
“We’re improving each game, so I’m just trying to teach them the little things,” she continued. “
Bryanna Caldwell paced the Hornets with 12 points, while Angle added seven.