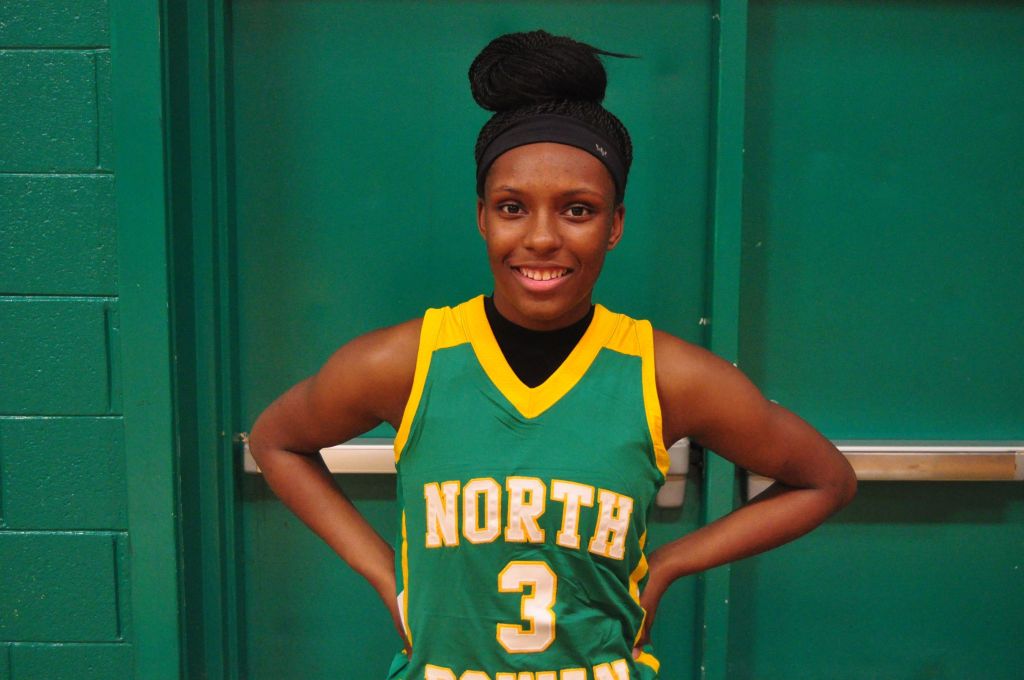 LEXINGTON — First a party broke out, then a free throw shooting contest broke out.
Eventually, Lexington came away with a breakout win.
Daniel Reid-Bennett scored 25 points — including a 17-for-20 effort from the charity stripe — as Lexington jumped out to an early lead and only trailed once in a 78-76 victory over North Rowan on Friday. The game felt like an event — with the Jackets’ pep band blaring, a packed gym, and Lexington coach Jon Weavil leading the Jackets’ pregame defensive drill — and lived up to the hype. Lexington forged into a three-way tie for first place in the Central Carolina Conference standings with North and Salisbury.
Getting off to a good start was Weavil’s biggest hope, and his team delivered. Devin Cross (16 points) scored in transition twice, and Maury Holt buried a 3 from the corner, as the Jackets led 15-10 at the end of the first quarter. “We wanted to come out with good energy, great enthusiasm,” Weavil said. “When we played them at their place (a 78-64 North win on Jan. 3), I thought we came out a little flat and they really took it to us. We got knocked back on our heels, and we were unable to recover.
“So that was really big today to come out, with high intensity, and really get after their tails early.”
North coach Andrew Mitchell was concerned the start may be a problem, with both teams missing most of the week of school due to the weather. “We knew it would be tough coming in here, it’s always tough playing in this type of atmosphere,” Mitchell said. “We’ve been off for four out of five days, we couldn’t practice.”
North fought back in the second quarter, as Jalen Sanders (23 points) scored eight straight points and Michael Conner hit two free throws to put the Cavaliers in front 20-19. But Holt gave the Jackets the lead right back with a follow shot, and Lexington never trailed again. The Jackets led 31-25 at the half. Alexis Archie buried a 3-pointer from the wing at the end of the third to get North within 49-46, but Lexington opened the fourth with a 6-0 burst to take control right back. Nolan Benson found Raekwon Byrd cutting backdoor, then Cross delivered a three-point play after a steal. Lexington only made two field goals over the final 6:18, but it didn’t matter — the Jackets 17-for-24 from the foul line to seal the win. That included a hectic final two minutes after Cross fouled out, which left Reid-Bennett as the primary ballhandler for the Jackets.
Michael Bowman had 19 points and 10 rebounds for the Cavaliers, while Connor added 13.
•

North Rowan’s girls, with or without Brielle Blaire, are pretty doggone good.
The Cavaliers hounded Lexington’s depleted backcourt into submission Friday, racing to a big early lead and coasting to a 72-52 Central Carolina Conference win at Lexington on Friday. Nycieko Dixon — one of four cat-quick North guards — poured in 30 points for the Cavaliers, who improved to 12-3 overall, 4-1 in the CCC.
Lexington coach Lamont Johnson, whose Jackets slipped to 10-6 overall, 2-3 in the CCC, had nothing but praise for North Rowan. “Twenty-four turnovers will get you every time,” Johnson said with a chuckle. “We didn’t shoot well, we didn’t execute well, but hat’s off to North Rowan.”
North coach Brian Lytton conceded that is usually the Cavs’ M.O. “That’s our game, that’s what we want to do,” Lytton said. “We want to go up-tempo, and we want to force turnovers.”
That worked to perfection early, as Dixon scored 11 points in the first quarter and the Cavs raced to a 24-7 lead after one. But the Jackets settled down, closing to within 34-23 at the half. Karrigan Ellison scored six points in the second period, and Emerson Hayes buried a 3 to help calm the storm.
The Jackets continued to chip away throughout the second half, clawing to within six on Ellison’s drive to the hole with 1:28 left in the third. But Dixon answered with a 3 from the wing — she hit four on the night and North combined to hit eight from long range — to ignite a 16-1 run to give the Cavs some breathing room and a 62-42 cushion early in the fourth.
BOYS
NORTH ROWAN (76) — Sanders 23, Bowman 19, Connor 13, Tatum 9, Archie 5, Nelson 3, Handy 2.
LEXINGTON (78) — Reid-Bennett 25, Cross 16, Holt 9, Page 7, Peterson 6, Byrd 6, Boger 4, Benson 4, Welborn 1.
N. Rowan 10 15 21 30 — 76
Lexington 15 16 18 29 — 78
GIRLS
NORTH ROWAN (72) — Dixon 30, A. Blaire 14, Farmer 11, Robinson 9, Washington 6.
LEXINGTON (52) — Fowler 16, Ellison 13, Hayes 9, Sanders 6, Wall 4, Beverly 4.