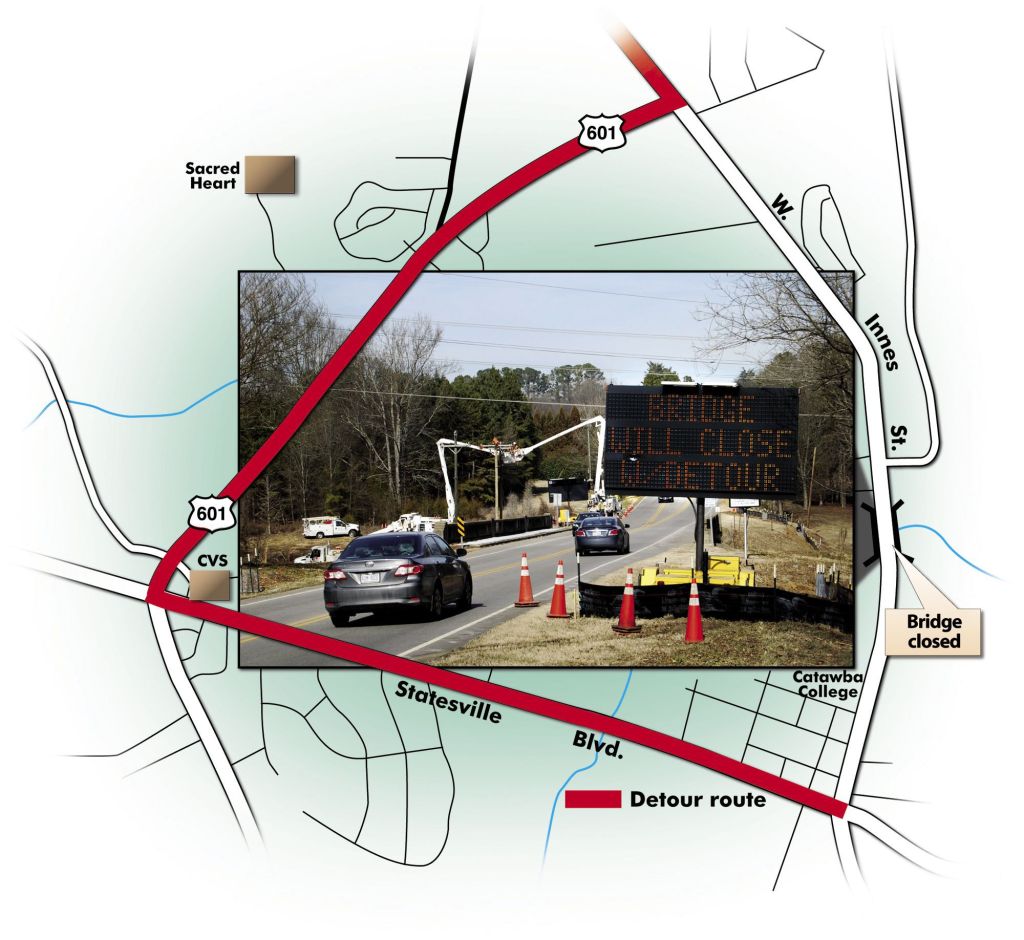 Drivers who use West Innes Street between Catawba College and the Crescent subdivision will need to plan for a little extra travel time starting Monday.
That stretch of road will be closed as crews work to replace the 64-year-old bridge over Grants Creek. The project is expected to take about seven months to complete.
The new bridge is expected to be open by Aug. 31, but Pat Ivey, division engineer with the N.C. Department of Transportation, said the state will push the contractor to finish sooner so it’s open for the start of the new school year.
In the meantime, drivers will use Jake Alexander and Statesville boulevards to get around the construction.
Ivey said the bridge, which carries about 8,800 vehicles a day — “pretty significant for a secondary road” — has been classified structurally deficient because it won’t accommodate the 80,000-pound weight limit required on state roads.
The Transportation Department has reduced the load limit on the Grants Creek bridge, mainly due to “74 years of deterioration, which is normal,” Ivey said.
Bridges are designed to last 50 years, Ivey said. This one was built in 1940.
“It’s definitely lasted beyond its useful life,” he said.
The Grants Creek bridge project is part of a program begun about three years ago to replace “low impact” bridges across the state, Ivey said. The past couple of years, transportation officials have been working on designs and putting together contracts.
This particular contract is replacing bridges in Rowan, Davidson, Forsyth and Stokes counties. It includes two other bridge projects in Rowan: one on Hart Road that has been completed and one on Faith Road expected to begin this summer.
Ivey asked local drivers to be patient with the project.
“The biggest thing is we will have detour routes posted and the detours are not that far out of the way,” he said. “… We’re going to get this project done as quickly as possible.”