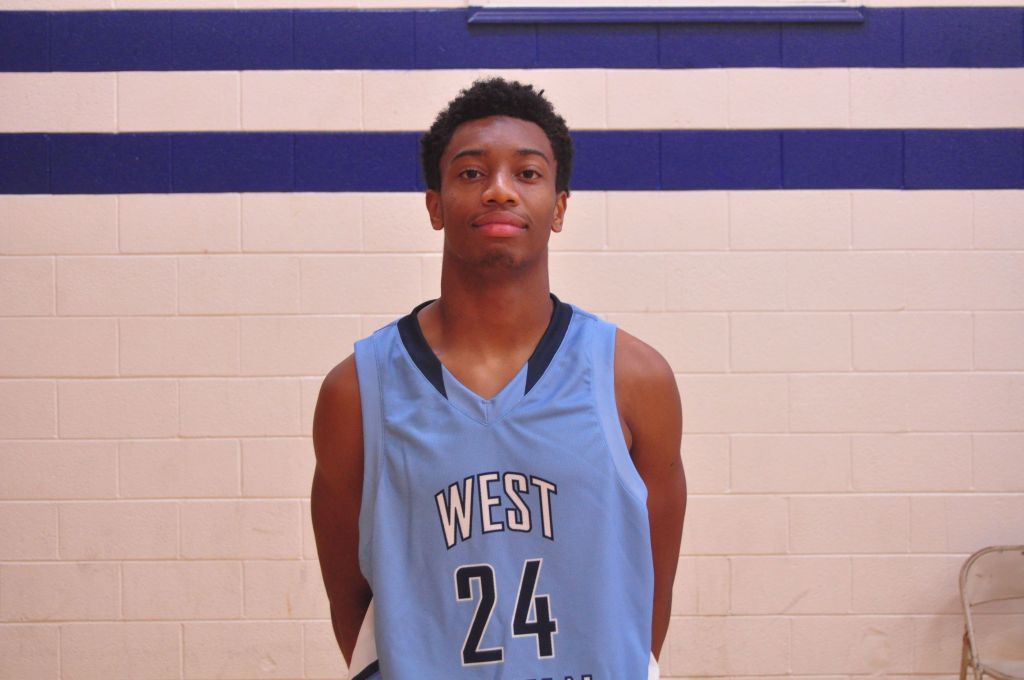 MT. ULLA — In music and basketball, tempo is everything.
Friday’s SPC game in Mount Ulla was a study in tempo, and Central Cabarrus turned up the heat, raised the “tempo-rature” so to speak, and won 59-55 over West Rowan.
Based on the standings, it was un upset. Based on the athletes Central can put on the floor now that it’s football players are competing at a high level, it wasn’t.
The Vikings’ escalating quarter scores told part of it— 9-13-15-22, as the game got faster and faster. And the quicker it got, the more it favored Central, coached now by former Concord Spider and Florida Gator Kenyan Weaks.
“What we’ve been preaching is we have to play our style of play,” Weaks said. “We’ve got to go up and down. We need a fast pace to win. There aren’t many teams we’re going to beat playing slow.”
Kyran McClure scored 15 points to lead Central. West (11-8, 6-5) held Lavon Hightower, who had a huge night the first time the teams met, to eight, but the Vikings (8-11, 4-7) got 10 points each from football heroes Hasaan Klugh and Anthony Mullis. Mullis had a jam that would’ve brought down the house had there been a crowd there to see it.
Najee Tucker battled for 16 points inside for the Falcons, while Daisean Reddick nailed four 3-pointers and scored 14. But West’s two most reliable shooters — Celexus Long and Seth Martin — combined for only two 3-pointers and 15 points.
Reddick and burly Chris Hassard, an offensive lineman who is visiting Wingate’s football program today, got the Falcons off to a fine start. When Reddick found Hassard for a layup and Tucker scored in the paint, the Falcons led 23-13.
The Falcons were ahead 28-22 at halftime.
West’s lead peaked at 12 points when Long made a jumper for a 35-23 lead halfway through the third quarter, but then the pace picked up — and so did Central.
“They’ve improved a lot since the first time we played them,” Martin said. “When we played them at Central (in December), they tried to press us, but we beat the press and got easy shots. Tonight, they pressed and we rushed bad shots and turned it over. Their press just got to us. We knew we needed to slow it down, but we didn’t.”
West’s lead was down to 40-34 when Central added good fortune to the mix.
McClure hit a halfcourt shot at the halftime horn, and when Central got a confidence-boosting 3-point banker to start the second half, it was 40-all, and the Vikings had momentum.
“They hit a couple lucky 3s, and then they’re right back in the game,” West coach Mike Gurley said. “But all the credit in the world to Central Cabarrus. They outplayed us in the fourth quarter.”
Mullis’ dunk gave the Vikings a 44-43 lead, and when McClure scored off a turnover they were up three.
After back-to-back buckets by a soaring Mullis, Central led 50-44 with 4:10 left, and the Falcons were in serious trouble.
“Games last 32 minutes, and you’ve got to play all of ‘em, ” said a subdued Gurley, after the Falcons fell to fourth place. “Our legs were there and I believe our want-to was there, but our execution wasn’t there. We missed scoring opportunies, we missed some bunnies, and we had defensive breakdowns we just shouldn’t have this late in the season.”