Let it snow? No thanks Parker 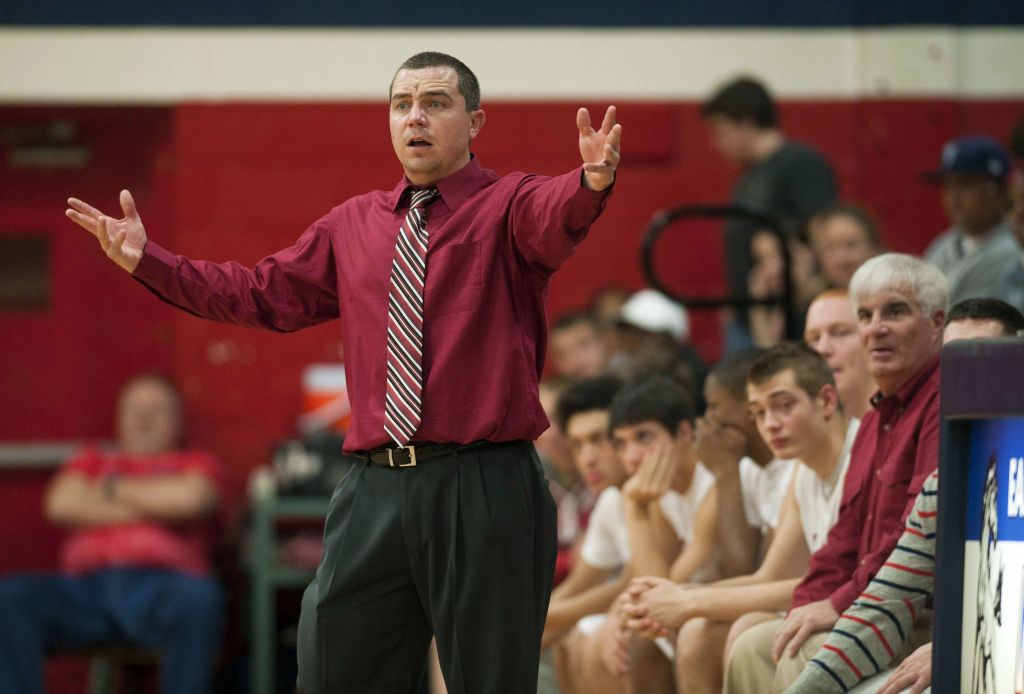 Yep, that’s East Rowan boys basketball coach Trey Ledbetter with his hands in the air. It’s pretty much all you can do as a coach when inclement weather hits the area, postponing games, practices and making coaches and athletic directors scramble to find makeup dates.
It happens just about every year. Winter weather interrupts the flow of prep basketball season, canceling games and practices and irritating coaches that want to be in the gym getting better.
Everyone will be back in action tonight after a few days of not having practice, a anomaly in the middle of the season.
The week’s snowstorm sent students home early Tuesday and postponed school Wednesday and Thursday. Tuesday was scheduled to be a huge night with a pair of county games. North Rowan was due to host Salisbury and West Rowan was hosting Carson.
Mother nature had other ideas, thus throwing a wrench into the routine of Rowan teams, who haven’t practiced together since Monday. Carson’s boys haven’t played a game since last Tuesday’s win against East Rowan. The Cougars, were off last Friday.
“It’s stressful,” Carson coach Brian Perry said. “This may be the longest stretch we’ve gone this season without practicing. Hopefully they’ve been doing stuff other than building snowmen.”
The break comes at an inopportune time for the Cougars, who face rival South Rowan tonight on the road.
All this is coming a couple weeks after exams which most teams usually don’t practice during.
For coaches, the positives from the stretch away from their team includes seeing their family, whom they don’t get to see as often during the season. For kids, snow days are the gold standard in unexpected leisure time.
Ledbetter has been catching up with his wife and 1-year old daughter Kinsley. They’ve caught up on Dora the Explorer and Bubble Guppies reruns.
“All the kids are calling and texting you about getting in the [school] gym,” East coach Trey Ledbetter said. “You hate to tell them no and hopefully they go to the YMCA and play.”
“I love the snow,” said Ledbetter, who experienced tons of it while attending Appalachian State. “I just don’t like how it cripples basketball season.”
Perry, who has three kids, gets fired up from seeing them goof around outside.
“My kids love it and they get excited for it,” Perry said.
•

North will play on consecutive days with a trip to Lexington tonight and taking on Salisbury Saturday night at home. North’s boys are 4-0 and at the top of the Central Carolina Conference. North’s girls currently sit in second with a 3-1 league mark. Monday will be an unusually busy day with Carson facing West and South traveling to Cox Mill.
Salisbury’s boys can move to 4-1 in the CCC with a win at East Davidson. The first-place East Rowan girls look to gain distance in the SPC against Northwest Cabarrus.
•