Woodson doesn’t meet with Obama this time, but he and others see good signs 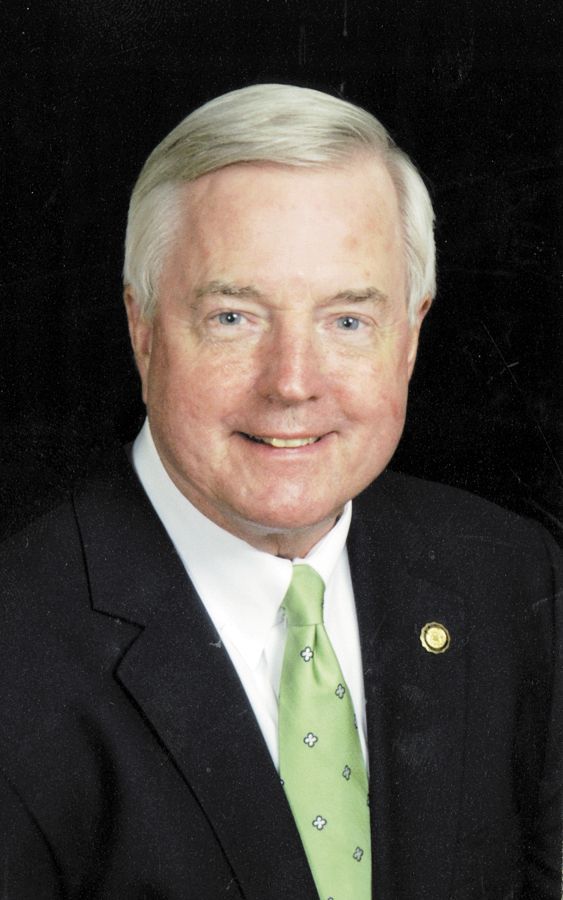 SALISBURY — Although he did not have a chance to speak to President Obama, Salisbury Mayor Paul Woodson said the mayors conference in Washington, D.C., left him reinvigorated and optimistic.
“I came back pretty pumped up,” Woodson said.
Unlike the conference two years ago, where 80 mayors attended and Woodson was able to speak with Obama, this year’s U.S. Conference of Mayors attracted about 270 mayors and was less personal.
But Woodson said the three-day event provided valuable information, with several cabinet members giving speeches and numerous high-level White House staffers holding discussions with the elected leaders of the nation’s cities and towns.
Woodson said he attended every seminar he could about jobs and the economy. The overarching message, he said, was “capital goes where it is wanted and stays where it is appreciated.”
“We need, as citizens and elected officials and economic development teams, to do everything we can to recruit companies and make them feel welcome,” Woodson said. “To not only get them here, but keep them here.”
While many manufacturers have gone to China, some have returned to the United States and more will consider coming back as labor and energy costs in China continue to rise, Woodson said. Water, which Salisbury has in vast quantities, is not as plentiful in China as it once was, he said.
One federal official commented, “When you see textile coming back to America, then you know American jobs are coming back,” Woodson said.
Textile maker Gildan is opening two plants in Rowan County and one in Davie County, with plans to employ about 400 people in Rowan by December 2015 and 290 in Davie.
Woodson said while Gildan’s investment is a good sign that the local economy is turning around, larger cities are recovering more quickly than smaller cities like Salisbury.
“I think we’ve got four or five years before we come back,” he said.
Salisbury lost 2,500 jobs in the recession and has replaced only about 700, Woodson said.
“We have to replace these jobs,” he said, adding that he hopes to see between 300 and 400 new jobs each year in the city.
Compared to many cities represented at the conference, Salisbury is on solid financial footing, Woodson said. The city’s fund balance more than doubled in two years, and Standard and Poor’s upgraded Salisbury’s bond rating twice last year.
Other cities are struggling with unemployment higher than 30 percent and no money in the bank, Woodson said.
“I came away feeling good about our city being financially strong,” he said.
Obama and White House staffers repeatedly mentioned the importance of high-speed Internet access for all citizens, Woodson said. He shared details about Fibrant, the city’s high-speed broadband utility.
Woodson pointed out that Fibrant broke even for the first time and expects to have 3,000 customers by January 2015. Fibrant, which was launched during the recession, currently has 2,724 customers.
“As things come back, we will see Fibrant do better,” Woodson said.
He challenged the city’s three colleges — Livingstone, Catawba and Rowan-Cabarrus Community College — to offer a major in entrepreneurialism.
Students need to learn how to start a business, compete, borrow money and make payroll, Woodson said, and established business owners should serve as instructors and mentors.
Start-up companies that hire five, 10 or 15 people will provide the job growth and economic boost that Salisbury needs, Woodson said.
Obama said he planned to provide $500 million to community and technical colleges and told the mayors his cabinet members are available to them for assistance, Woodson said.
Woodson said he was impressed by an announcement at the conference that Walmart has pledged $10 million to innovation in American manufacturing. The five-year program will work in collaboration with the U.S. Conference of Mayors and will launch in March.
The fund will provide grants to innovators in the manufacturing sector and seek to “create new processes, ideas and jobs that support America’s growing manufacturing footprint,” according to a news release.
Last year, Walmart pledged to buy an additional $50 billion in American products each year for the next 10 years.
Woodson said early childhood education was a big topic, with several mayors announcing plans to send four-year-olds to school from 8 a.m. to 4 p.m.
Seventy percent of children with no early education will have a 70 percent chance of committing crime, he said.
Woodson said he liked the concept but did not endorse the funding method used by some mayors — new taxes.
“This conference was fabulous,” he said.
Contact reporter Emily Ford at 704-797-4264.

Owner of White Tire building says he would consider…