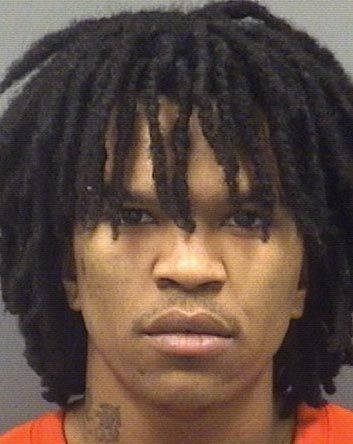 SPENCER — A Spencer man has been arrested on drug charges following a three-week investigation.
On Jan. 30, members of the Rowan County Sheriff’s Office and Spencer Police Department executed a search warrant at 427 N. Yadkin Ave., Apt. 503. This search warrant concluded an investigation into the sale of crack cocaine from this residence.
During the search, 7 grams (.25 ounce) of crack cocaine and drug paraphernalia were seized, along with a 9 mm handgun which had its serial number ground off. Detectives arrested resident Sharod Raheem Mathis, 19, and charged him with possession with intent to sell cocaine, maintaining a dwelling to keep and sell a controlled substances, possession of a firearm with altered serial number and possession of drug paraphernalia.
Mathis was placed in the Rowan County Detention Center under a $25,000 secured bond, pending a first appearance in court on Feb. 3.