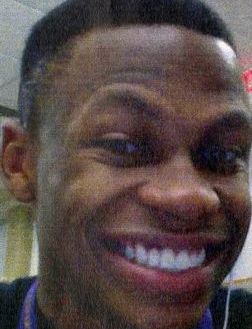 Using proceeds generated by a variety of fundraising activities, Dunbar School Alumni Association Inc. recently awarded 16 Heritage Scholarships to descendants of former students, teachers or administrators of Dunbar School who are current financial members.
Qualified applicants must be enrolled as full-time students in a two-, three- or four-year institution of higher education. Applicants must also provide evidence of satisfactory academic progress and financial need along with community involvement and service.
Seven recipients were first-time applicants: Amber Carter, Salim Collins, Deanna Corpening, Kelli Johnson, Jontez Land, Sydney Tillman and Marcus Wilkie.
Amber Carter is the daughter of Crystal M. Carter. A freshman at Allen University, she plans to major in animal science to pursue a career as a veterinary technician. Carter is the niece of alumni member Patricia Mallett.
Salim Collins is pursuing a business management degree at Winston-Salem State University. He would like to eventually open a literacy training center to address the needs of children and adults. He is the son of Patrina and Dwayne Collins and the nephew of alumna Ethel K. Evans.
Deanna Corpening is the daughter of Patricia Mallett. She is seeking a degree in business administration at Rowan-Cabarrus Community College. Her future plans include opening a community center in the former Dunbar School building in East Spencer.
Kelli Johnson, a freshman at North Carolina Central University, plans to major in business marketing. She looks forward to creating a nonprofit art company that will provide services to youth across the United States. She is the daughter of Earl and Ophelia Davis Johnson and the granddaughter of alumni president Benjamin Davis.
Jontez Land is majoring in mass communications/mass media production at A&T State University. He plans a career as a television producer and director. The son of Monique and Patrick Hubbard, Land is the grandson of association member Essie G. Ruffin.
Sydney Tillman is the daughter of Patrick and Stacey Tillman and the niece of alumni member Gretta H. Saunders. A freshman at the University of North Carolina, Tillman plans to major in an area that will facilitate her work with physically and/or mentally challenged individuals. Her future educational plans include furthering her education with degrees at the master and doctoral levels.
Marcus Wilkie is sponsored by his cousin, Samson Towens, an association member. A freshman at East Carolina University, Wilkie plans to pursue a degree in health fitness and a master’s in exercise physiology. This preparation will enable him to work with disabled youth who were injured while participating in sports.
Nine applicants have been awarded at least one other scholarship from the association. Recipients are Akevia Charleston, granddaughter of members Ford and Patricia Sifford; Jamar Clemons, grandson of Mary and Fred Young Sr.; Omari Collins, nephew of Ethel K. Evans; Devan Corpening, granddaughter of Kathleen Corpening; ShaDerrickah Henderson, niece of Ethel K. Evans; Kristen Johnson, granddaughter of Suzette and Benjamin Davis; Allison L. Parker, niece of Carolyn Brannon Davis; Vanessa Smith, daughter of Jacqueline W. Smith and Kara D. Walker, granddaughter of Mary and Fred Young Sr.