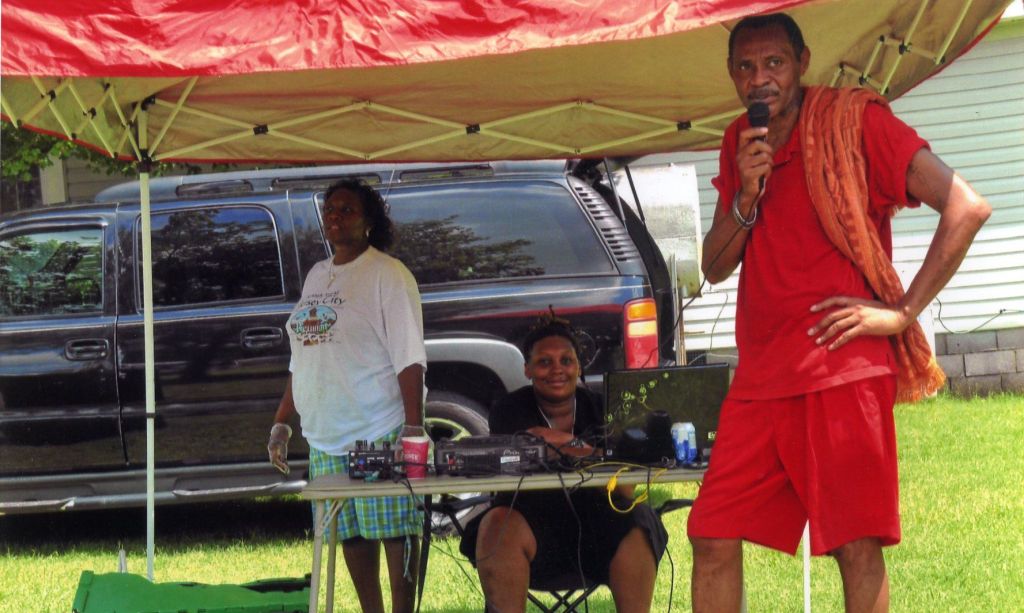 Throughout the years, many people who grew up in the historic Jersey City community moved away. But some, like David Campbell, made their return and rekindled friendships.
Campbell, who organized the longstanding Jersey City reunion, died Tuesday night of pneumonia. He was 55.
He grew up in the community at a time when children spent their days at the playground that was built in the 1940s by the families who lived there. The neighborhood, which runs along West Kerr Street in northeast Salisbury, has traditionally been home to black families.
Marvin Shaw said Campbell left the neighborhood for a short time, moved to Fisher Street, served in the military and returned between eight to 10 years ago.
The two childhood friends lived a few houses away from each other. Though they had lost touch as they grew older, the two had since reconnected.
Shaw said people grow up and change, but the two were always friends, “no matter what goes on in life.”
He called Campbell inspirational because of his work with the Jersey City reunion and his efforts to bring the historic community to the forefront.
“He was one of those people who never forgot people. He is one of the people really responsible for getting the community back together,” Shaw said.
Shaw said many people talked about having a reunion, but “David was the one who really got people together.”
Campbell’s death came as a shock to longtime friend Ron Fleming, who also grew up in the Jersey City neighborhood.
“He believed in community. He believed in family. It’s a historic neighborhood and he tried to make everyone aware of that,” Fleming said.
Fleming said Campbell had tried to turn over the reunion to him and he hopes that with the continued help and support of the residents he can continue what Campbell started 14 years ago.
“To some extent, he was voice and advocate for the neighborhood,” he said.
Fleming said everyone around Campbell knew he was full of life.
“I will miss that vibrancy about him,” he said.
Campbell was also a part of the Juneteenth Committee and helped with an annual back to school event.
In 2013, he participated in the Community Appreciation Awards ceremony at the Salisbury Civic Center.
“He was always doing something. You could always go to his house and see something different in his yard. He was always so creative at decorating and putting things together,” said friend Sherry Hawthorne.
Hawthorne has also organized community events, including spearheading the annual Juneteenth event.
Hawthorne said she could always count on Campbell to help make the event successful.
She considered him the “pillar of the Jersey City community” and said she will miss him deeply.
Campbell was one of eight children. His youngest sister, Jacqueline McRae, said she and their sister, Liz Steele, were with Campbell when he died at the hospital.
“I love and will miss my brother,” McRae said.
She said he was her hero and an inspiration to her. She said he was always there when she needed him the most.
“I’m so happy I was there when he needed me to help him go to our heavenly father,” McRae said.
She recalled the days leading up to his hospital stay. He’d been sick and she was insisting he go to the doctor, but he was “stubborn” and refused, McRae said.
She tried to take him to the hospital. When he seemed to get worse she called an ambulance.
Of those remaining to cherish Campbell’s memory, McRae said are one other sister, Juanita Campbell, a brother, Charles, and Campbell’s longtime companion, Henry Relford.
Contact reporter Shavonne Potts at 704-7-797-4253.