With the new year, a random harvest of random thoughts 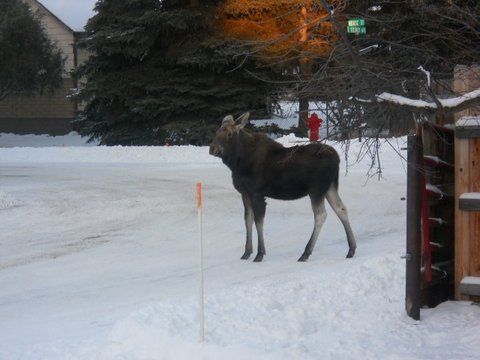 A hodgepodge of thoughts has been racing through my mind recently. I should put them to paper before they evaporate.

And with the start of another year, many of us make New Year’s resolutions. I generally don’t, but I did this year. And I am proud to announce that about a full month into the year, I have kept my one and only resolution for the year. And I shall do my utmost to maintain that status for the next 11 months as well.

Stay out of prison. Yes, that’s my resolution for 2014. I do not want to be incarcerated. Call it a quirk, but that’s just me. I have never had the desire to go to prison any more than to go to Nicaragua or Guam.

But I have been told that some folks actually like prison. In fact, some like it so much that as soon as they are set free, they immediately violate society’s laws so they can go back.

I can think of some advantages of being in prison. No rent to pay, no utility bills, no groceries to buy. Heat in the winter and air-conditioning in the summer. That part would be kind of nice. It’s the other stuff of which I wish to steer clear. I’m no dummy. I know what goes on. I watch “Law & Order.”

I should explain that I am a casual NFL football fan. I can plop down on a soft spot and watch a little on a Sunday afternoon.

But devoting an entire day to watching games or staying up into the wee hours because the TV networks dictate that’s what I should do, nope, not me. I have other things to do — sleeping at night being one of them.

You’ll never see me painting my face green or red or wearing a block of cheese instead of a hat. I don’t even have favorite teams. I have favorite players.

And my favorite NFL players are Peyton Manning, Tom Brady and Aaron Rodgers. That’s it. No other NFL player is on my football radar. And since Peyton plays for the Broncos, and they’re in this year’s Super Bowl, I shall watch at least the second half of the game Sunday and pull for Denver.

I used to pull for the Colts when Manning was their quarterback. Two years ago, when Peyton couldn’t play at all because of his injured neck, I don’t recall seeing any football that year. Well, maybe a little Brady or Rodgers. But I go with Peyton.

Back to football. The reason I like Aaron Rodgers is because he’s great in television commercials. The same for Manning. Peyton has a great career in show business (if he wants it) when he hangs up the shoulder pads. His comedic timing is flawless. I still watch clips of his appearances on “Saturday Night Live” on YouTube and laugh like crazy.

If you can’t like Peyton Manning, you’d probably prefer a Whopper over Thelma’s Downhome Cooking. As for Brady, he’s cocky but one of a very few that cocky works for him.

And what about this Seattle Seahawks jerk Richard Sherman? What a goof! Maybe he is the best in the league at what he does. I really don’t know (or care). Hey, man, let your play on the field speak for you, not that big mouth.

Wasn’t it pretty obvious that after his rant on the sidelines before he was interviewed by the guys at the desk that someone jerked him by the chain and told him to straighten up? I believe so.

I suggest that Mr. Sherman, after the Super Bowl, win or lose, head to his nearest Redbox and rent a copy of “Anger Management” with Jack Nicholson and Adam Sandler.

Wife Julie and I headed westward to Jackson Hole, Wyo., over the Christmas holidays to visit our children and grandchildren.

What an incredible and absolutely beautiful little town. Among the many highlights of our trip was the afternoon we looked out the front door to see a moose walking down the street.

This may occur a lot in Jackson Hole, but it’s not every week one sees such a sight in Salisbury. Sure, we’ve seen an array of critters in our own back yard — the usual forest residents: squirrels, rabbits, raccoons, opossums and skunks, as well as deer, foxes and wild turkey.

There’s even been Wild Turkey inside my house, but not the two-legged variety.

But this was my first close-up sighting of a moose in nature’s glory. Naturally, I named him “Bullwinkle.”

This was one celebrity I didn’t approach for an autograph. The Jackson Hole natives told me that these guys can be a bit testy at times. Not wanting to have a moose hoofprint tattooed on my forehead, I kept my distance. After taking in the sights for a few minutes, he or she went on its way. No sign of Rocket J. Squirrel.