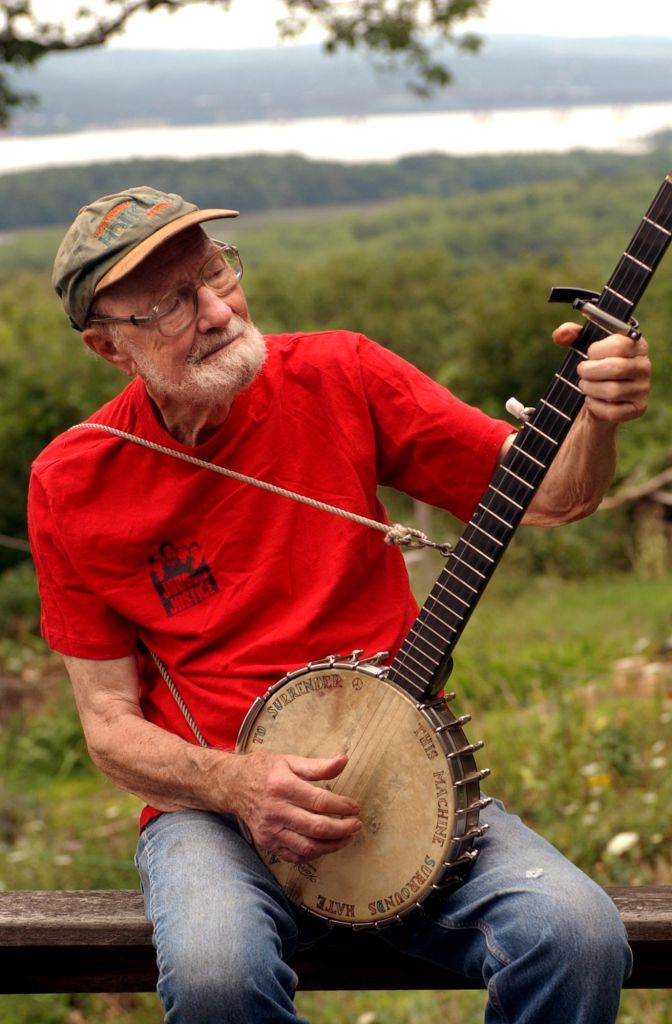 It’s difficult, well nigh impossible, to imagine Pete Seeger without a folk song on his lips and a banjo on his hip. For the latter, North Carolina can claim some credit as well as a direct cultural connection to Seeger’s captivating musicality.
The legendary folk musician and activist who died Monday at age 94 was born in New York, far from the isolated hills and hollows of Appalachia. But as a teenager, he traveled South with his musician parents who were interested in the haunting strains of “mountain music.” Although the young Seeger was already developing his musical interests, his instrument of choice at that time was a ukulele. According to family biographical accounts, it was during the 1936 trip South that Seeger first heard the five-string banjo at a folk festival near Asheville.
The banjo pickers included “Aunt” Samantha Bumgarner of Dillsboro, an acclaimed country and folk music performer believed to have been the first musician to use a five-string banjo on an early recording for Columbia Records. The festival had been organized by another banjo player and student of folk music, Mars Hill native Bascom Lamar Lunsford. The young Seeger was profoundly moved by this musical encounter — so much so, the story goes, that he forthwith took up the five-string banjo, availed himself of some basic instructions from Lunsford and spent the next several years mastering the instrument’s intricacies.
One can endlessly speculate as to how that trip South and the stopover at a festival in North Carolina helped shape the musical destiny of the composer and singer of such ballads as “If I Had a Hammer” and “Where Have All the Flowers Gone?” Music was part of Seeger’s DNA, as was the social activism whose causes ranged from support for rank-and- file workers to protests again war and environmental degradation. But that trip South was, without a doubt, a turning point at which he fell in love with authentic folk music and the traveling troubadour tradition. This was the place where his great empathy for the humble, common folk found its serendipitous marriage with the plaintive melodies of those mountain musicians.
Seeger was born and lived his life elsewhere. But it’s no exaggeration to say that in the picking and fiddling traditions he encountered in the North Carolina mountains, he found his musical home.