Kids get day off as winter weather moves through 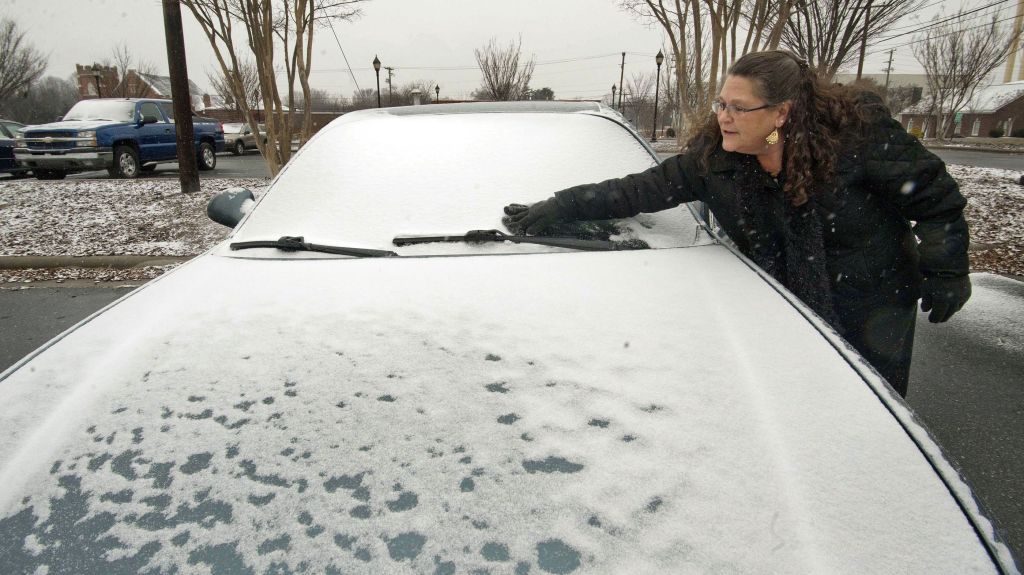 Editor’s note This article has been updated to reflect a change in the date of the Rowan-Salisbury School System’s make-up day.

Both the Rowan-Salisbury and Kannapolis City school systems canceled classes today after snow Tuesday afternoon and evening made many county roads treacherous for drivers.

Kannapolis students will make up their missed day on Feb. 17, a Monday.

Cabarrus County Schools will also be closed today and make up classes Saturday.

Rowan-Salisbury staff will also get the day off today, and all afternoon and evening activities are canceled. Today is an optional workday for Kannapolis City Schools staff.

Schools dismissed early and cancelled after-school activities Tuesday as a winter storm approached the area. Students were out before snow started falling around 2 p.m.

Increasingly slick roads Tuesday evening caused multiple accidents around Rowan County, but none were reported with serious injuries. Still, even law enforcement and others responding to those accidents were warned of icy conditions on rural routes as early as 4:30 p.m.

Local accumulation was expected to be much less than elsewhere in the state. The National Weather Service forecast said Rowan County residents could wake up to 3 inches of snow on the ground, though Charlotte-based meteorologists said it could be half that amount.

School systems across much of North Carolina adjourned early Tuesday afternoon, hoping to get children home before the storm hit. Near the mountain town of Fletcher, a school bus slid off an icy road and turned on its side, but there were no serious injuries.

Police agencies across the state were scrambling to keep up with traffic accidents.

“It’s wrong to use a crisis as an excuse to make an unfair buck,” he said. “Most businesses pull together to help their community when bad weather hits, but if someone is using this storm to try to rip you off, we want to know about it.”

Utility companies were waiting to respond to outages.

“The state’s electric cooperatives are carefully monitoring this winter weather system and are prepared for possible power outages,” said Jane Pritchard, spokeswoman for the North Carolina Association of Electric Cooperatives, which provides energy to 2.5 million people.

In anticipation of the storm, the National Park Service closed facilities on Ocracoke, Hatteras Island and Bodie Island, as well as the Wright Brothers National Memorial and Fort Raleigh National Historic Site.