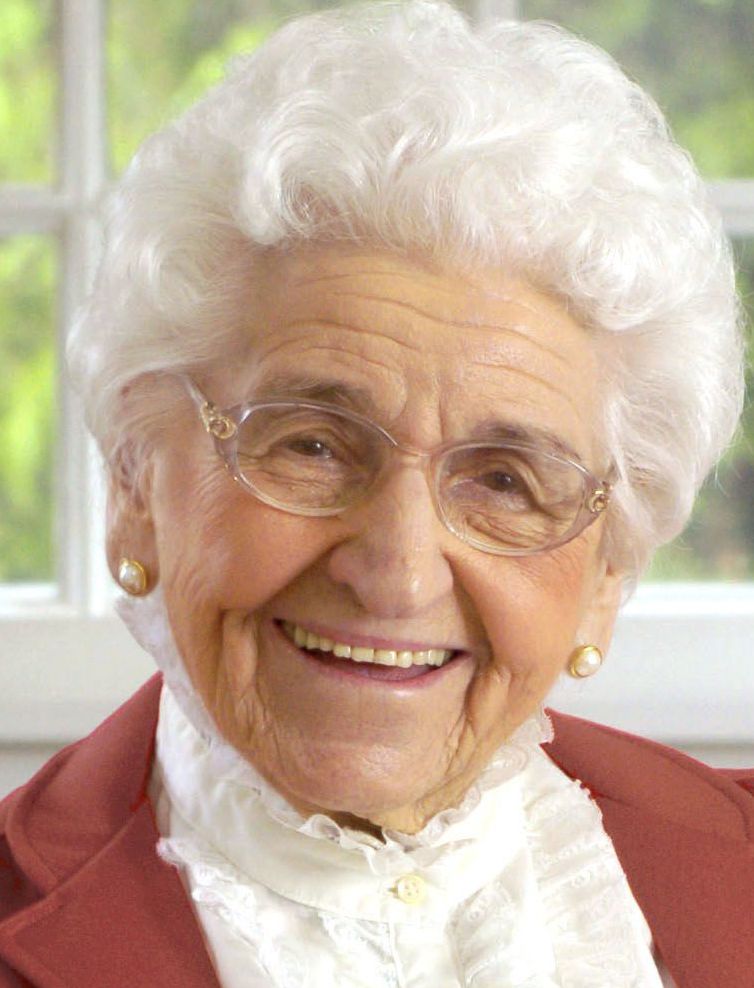 GRANITE QUARRY — A couple of years ago, Fannie Gaither said she always tried to treat people the right way and keep a close relationship with God.
Fannie also believed in eating reasonable amounts of food and finding regular exercise in the things she loved, such as gardening, fishing and walking.
In other words, keep moving.
Fannie liked to say, “Don’t lay down and let the sun shine in your face.”
Gaither died Sunday at the age of 107. If she wasn’t the oldest Rowan Countian, she had to be close.
Pfeiffer University considered Fannie its oldest alumnus, and she was the eldest member of Shiloh United Methodist Church. When her 107th birthday came Oct. 25, 2013, the Lutheran Home at Trinity Oaks celebrated for three days.
Last fall, the Granite Quarry Board of Aldermen also passed a proclamation in honor of Gaither, who lived in Granite Quarry for more than 70 years.
In fact, Gaither stayed in her Granite Quarry residence on Peeler Street until last September when she moved to the Lutheran Home, and son Wally said she was still cooking for herself well past her 100th birthday.
When the Salisbury Post did a story with Gaither after her 105th birthday, she was spending most of her time in a comfortably contoured chair with her pills, vitamins and large-print Bible within reach.
Daughter Lillian and her husband were providing live-in care. Wally Gaither checked in regularly, as did other family members and friends from church.
“She never harmed anyone in her life,” Wally said Tuesday.
Fannie Lillian Frick Gaither grew up on a farm in Liberty. She was a good cotton picker, winning races up and down the rows against all challengers, but she also excelled in the classroom.
In the two-room schoolhouse where she attended, the teacher gave out three academic prizes for the sixth- and seventh-grades, and Fannie won all three.
A cherished aunt arranged for Fannie to receive a full scholarship to the Mitchell School in Misenheimer, which became today’s Pfeiffer University.
Fannie married Jehu Gaither, a boy she had met at Liberty Methodist Church. They wed April 1, 1928, and together the couple would have four children, 11 grandchildren, 14 great-grandchildren and a great-great-grandchild.
After living for a time in High Point and Winston-Salem, Jehu and Fannie returned to Rowan County to operate the Gaither family’s Deep Spring Farm.
Their chicken operation alone would grow to 400 to 500 laying hens.
Jehu sold their farm’s milk, butter and eggs on a regular route, but he eventually changed careers and became an insurance salesman. He and Fannie moved their family from Gold Hill to Salisbury. They later lived in Lexington before building the Peeler Street house in Granite Quarry in 1949.
Jehu quit the insurance business in 1966, learned to fish, and it led to glorious retirement years for the couple.
“The thing that jumps out at me,” Wally Gaither said, “is that Mom and Dad had 30 years of retirement living.”
Jehu Gaither lived until he was 91.
Wally said his parents loved to garden all summer long on their four acres, then spent much of the fall fishing at Carolina Beach.
An accomplished surf and pier fisherman, Fannie knew exactly how many fish they had to catch to fill the open spots in her two freezer chests.
Jehu and Fanny presided over the family reunion every first Sunday in October and always spent their Thanksgiving and Christmas holidays with family in Granite Quarry, Greensboro and Virginia.
The only big health scare for Fannie came in 1969 when she had cancer and doctors removed about 14 inches of her colon.
When she was 90, other doctors decided against hip replacement surgery for Fannie because of her age, not knowing, of course, she would live 17 more years.
In her interview with the Post in 2011, the always positive Fannie Gaither said she figured God had a purpose in mind by leaving her on the earth so long.