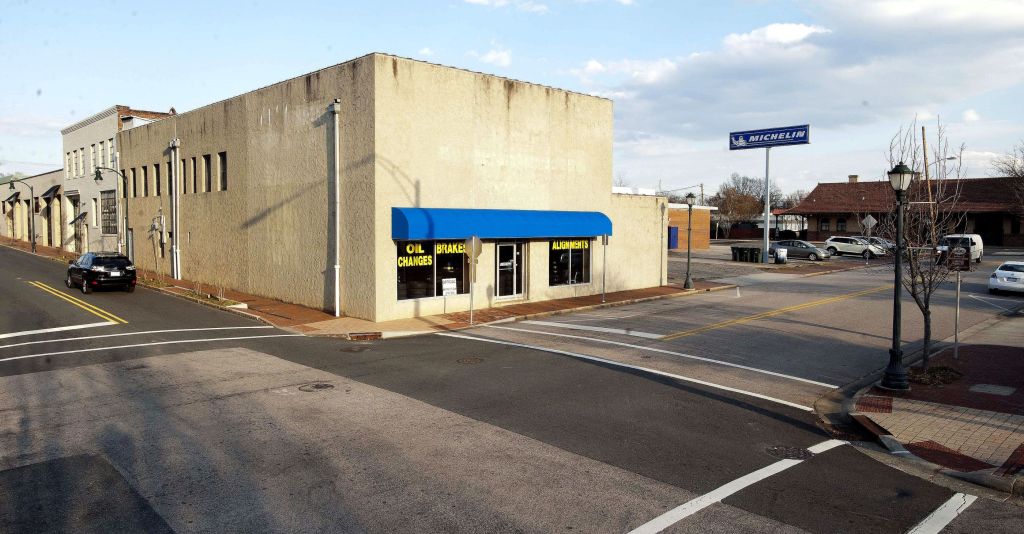 SALISBURY — If the price is right, Bud Mickle said he would consider selling the White Tire Center building for use as a farmers market.
Mickle owns the building near Salisbury Station and leases it to Hickory-based White Tire. All of the design teams that came up with proposals last week for a new farmers market and cultural plaza in front of the depot incorporated Mickle’s century-old building at the corner of East Liberty and North Lee streets.
“The three most important words in real estate are location, location, location,” Mickle said. “That location has suddenly become a pretty good location.”
In 1950, when Mickle’s father bought the building and took over operation of a tire shop there, the business was located in the slums, Mickle said. Now, the building stands in one of the most vibrant areas of downtown, surrounded by a new police station, restored depot, new Lee Street Theater, renovated warehouses and possibly the farmers market and plaza.
“I’m interested, and it could be for sale,” Mickle said. “… If I can get a decent price. Now, I’m not going to give it away.”
That was the suggestion several years ago when the city hosted a similar workshop to come up with plans for the area. But Mickle said he and his sons, who are co-owners, do not want to give away the building for free.
Mickle’s wife Betty Mickle is on the steering committee for the farmers market and plaza project, temporarily dubbed the “centerpiece.”
“We love the idea of the farmers market and a market in general,” she said. “If there is a better use for the property, I’m sure that Bud would consider it.”
Bud Mickle said the tax value of the property — $213,049 according to public records — is “pretty ridiculous.”
He said he tried to have the property appraised recently but the appraiser said the building, which has multiple sections, levels and uses, was too unusual and had no comparable properties.
Mickle said the White Tire building and the building behind it, which he also owns and leases to Zinc home furnishings, are the oldest structures on the block, dating back to between 1912 and 1914.
Mickle said he could terminate the lease with White Tire, but it would take several months. He said the business, which has flourished on the corner, may consider moving to a new location in Salisbury.
White Tire has eight retail locations, including the one in Salisbury.
Mickle said he convinced his father to change the name of the tire business from Hayden’s Tire Service to Mickle Tire in 1972. The Mickles operated the company through the mid-1990s, when White Tire took over.
The building is desirable to architects planning the farmers market not only because it stands across from the police parking lot, which would become part of the centerpiece, but also because the new Rail Walk dead ends behind the building.
One illustration at last week’s workshop showed a farmers market inside the building and a passageway cut through one of four garage bays, revealing the Rail Walk and providing public access.