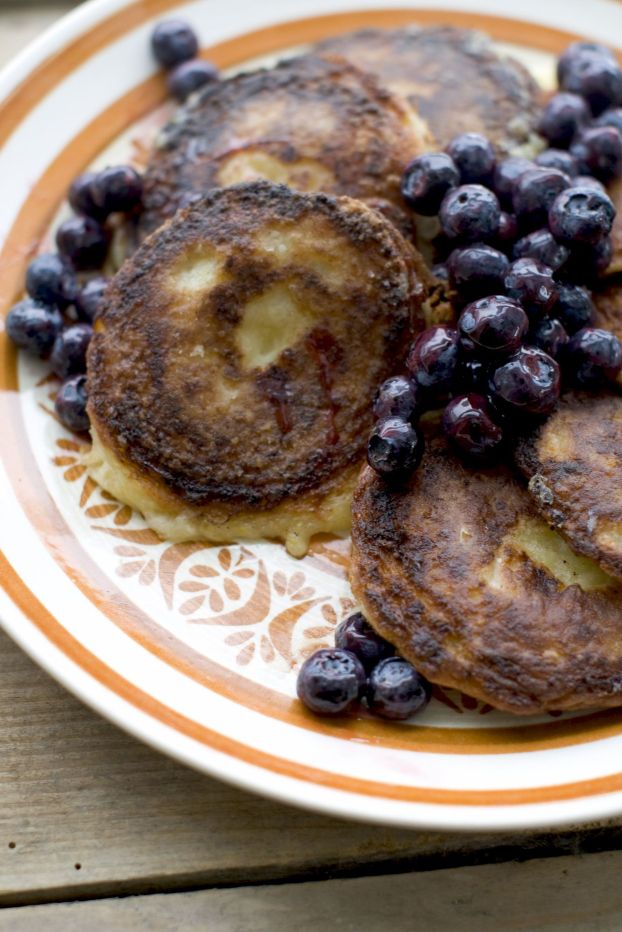 Olympics are a fine excuse to explore Russian food

When Americans think of Russian food, it’s generally the cliches — the beet soup known as borscht, or caviar-topped pancakes called blini. And they imagine both washed down with copious amounts of vodka.

Admittedly, those play a role. But traditional Russian cuisine is so much broader than that, encompassing a variety of dumplings, pungent preserved vegetables, smoked and salted fish, and meats like wild game and crawfish. Not your traditional American fare to nosh while watching sports, but certainly fitting choices if you’re planning to watch the Winter Olympics, which are being held in Russia this year.

“For Americans, it’s pretty specific to drink beer, eat pizza, eat wings,” says Yevgeniy Khorishko, press officer at the Russian embassy in Washington. “There is no such tradition in Russia.”

Which is why when Olya Morgen and her husband Brian sit down to watch the Winter Games next month, they’re planning to enjoy a feast of potato salad and pirozhki.

“We’ll munch and watch,” says Morgen, a 33-year-old chiropractor from Arlington, Va., who emigrated from Moscow in 1991. “Brian loves it. The pirozhki are his favorite.”

Need help getting a taste of Russia for your own viewing party? Consider starting with Russian potato salad, also called Olivier after the 19th century Belgian chef who created it.

Potato salad remains one of Russia’s most beloved dishes. A diced potato salad originally accompanied by luxurious items such as crawfish and grouse, Olivier generally incorporates peas, carrots, salted cucumbers and sometimes other vegetables in a rich mayonnaise dressing. Today, however, the meats are more likely to be chicken, ham or a bologna-like sausage. The salad is an absolute requirement on any Russian holiday table.

“In Russia, it’s very famous,” Alexander Lokhin, executive chef at the Russian restaurant Mari Vanna in Washington, said speaking through a translator. He doctors American mayonnaise with pickle juice and egg yolk for the Olivier he serves at the restaurant. “All holidays we have Olivier, especially for New Year’s Eve.”

Adventurous eaters might watch the ski jumps and other cold weather events with some “herring under a fur coat.” This is a plate of finely chopped pickled herring buried beneath layers of shredded potato, beets, onions and carrots. The salad can be eaten on its own or with some sturdy Russian black bread. The beets often are mixed with mayonnaise or sour cream to form a pinkish dome over the ingredients.

Got your heart set on blini? Those work, too. The small buckwheat pancakes make excellent finger food. A toppings bar can include smoked salmon, chopped eggs, sour cream and caviar.

Dumplings called pirozhki offer pockets of yeasty dough filled with ground beef and onion, mushrooms, rice, mashed potatoes and dill, braised cabbage, or even liver and potatoes. Pelmeni are dumplings with a thinner skin, a bit like wontons, and are filled with minced meat, fish or mushrooms, before being boiled. They can be eaten in broth or buttered and served with sour cream. Though both are dumplings, pirozhki are larger, sturdier and usually are baked, while pelmeni are smaller, slippery and generally round.

“It’s the difference between ravioli and pizza,” says Lokhin.

Fresh vegetables traditionally were difficult to come by during the deep freeze of Russian winters. But that didn’t stop people from enjoying salads. Russian vinegret salad begins with a layer of diced boiled beets and potatoes. This gets topped by any combination of diced carrots, peas, kidney beans, pickled cabbage, onions, salted cucumbers or a half-dozen other items. The salad usually is dressed with sunflower oil.

Russian drinks run the gamut from kvass, a fermented beverage made from rye bread, to the honey wine called medovukha. But to celebrate, nothing makes a toast like vodka.

“Definitely we’ll celebrate our victories with traditional Russian spirits, you know what,” says the Embassy’s Khorishko. “But not in the beginning of the day. After work.”

Sbiten is a Russian mulled honey drink. Served warm, it is similar to mulled cider. It’s usually served without alcohol, but certainly is delicious with vodka added just before serving. We also found it delicious with bourbon or cognac.

Combine all ingredients in a large saucepan over medium heat. Bring to a simmer and cover. Simmer for 30 minutes. Strain through a fine mesh sieve, then serve warm.

Syrniki is a farm-style cheese pancake, sort of a cross between cheesecake and pancakes. It can be served for breakfast, tea, a light meal or a snack. We liked ours topped with sour cream and jam, or fresh fruit and whipped cream, but you could omit the sugar and go completely savory, topping it with sour cream, chives and chopped ham.

plus more for dredging

In a food processor, pulse the cheese until finely chopped. Transfer to a medium bowl and stir together with the eggs, 1/2 cup of flour, sugar, salt, baking soda and lemon zest. The dough should be soft and somewhat sticky. Cover the bowl and refrigerate for at least 1 hour.

Form the dough into small rounds, the size of a walnut. Flatten into patties, then lightly dredge in flour. Set aside.

In a large skillet over medium-high, heat about 1/4-inch of oil. Working in batches, fry the patties for 3 minutes per side, adding additional oil between batches as needed. Serve immediately.